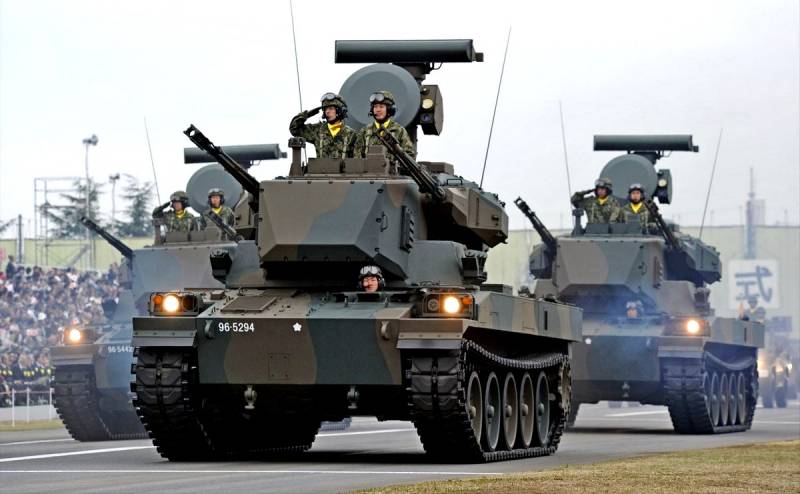 Japan is ready to introduce a clause on the armed forces in its Constitution, Kyodo news agency reported. The corresponding statement was made by Prime Minister Shinzo Abe, speaking to graduates of the National Defense Academy in Kanagawa Prefecture.


The politician noted the fact that the recent dispatch of warships of the Naval Self-Defense Forces to the Persian Gulf region to protect Japanese merchant shipping was interpreted by some civil activists as unconstitutional. In addition, formalizing obvious status will help strengthen military ties with the United States.

The Self-Defense Forces of Japan were created in 1954 on the basis of the National Police Reserve. Their task was to jointly defend the country with the American units against a possible attack by the states of the socialist camp. However, the status of the Japanese armed forces, due to constitutional restrictions, was actually more consistent with the internal forces or the national guard.

The sharp increase in the military capabilities of the Self-Defense Forces, including in remote regions of the world, has led to the need to clarify the status. In particular, the press has repeatedly said that the protection of marine communications vital for Japan will inevitably occur outside the territorial waters or exclusive economic zones of the country.
Ctrl Enter
Noticed oshЫbku Highlight text and press. Ctrl + Enter
We are
Abe swore on his father’s grave to make peace with Russia
Japanese Prime Minister: we need peace with Russia today, not tomorrow
Reporterin Yandex News
Read Reporterin Google News
Ad
The publication is looking for authors in the news and analytical departments. Requirements for applicants: literacy, responsibility, efficiency, inexhaustible creative energy, experience in copywriting or journalism, the ability to quickly analyze text and check facts, write concisely and interestingly on political and economic topics. The work is paid. Contact: [email protected]
2 comments
Information
Dear reader, to leave comments on the publication, you must to register.
I have an account? Sign in