Sivkov: Hitting 400 Tomahawks at Khmeimim at once would restore US hegemonic status 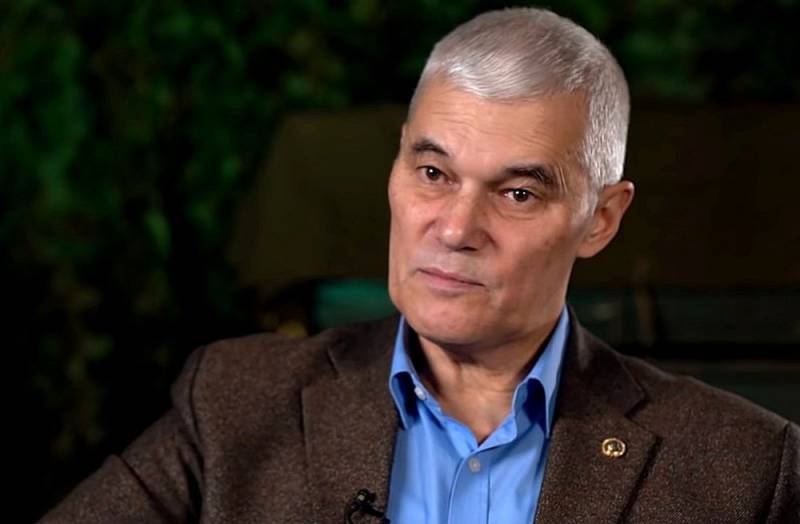 Konstantin Sivkov, a military political expert and corresponding member of the Russian Academy of Missile and Artillery Sciences, believes that the United States could oust Russia from Syria with a powerful missile strike, but Washington is embarrassed by Moscow’s nuclear arsenal. At the same time, he called the "vital necessity" for Russia to acquire an aircraft carrier fleet as the main conclusion from the war in Syria.


Sivkov expressed his conclusions in an article published in the publication "Military Industrial Courier". According to Sivkov’s findings, the Russian state should have an airline comparable to Aeroflot, which would be fully equipped with products exclusively from the domestic aviation industry. In addition, Russia must have a large number of different civil courts.

The USA could knock out the Russian Aerospace Forces from Syria by hitting 300–400 Tomahawks at the Khmeimim base and thereby restore their shaky status of world hegemon, for the sake of which they started the whole “Arab spring”, the nuclear potential of our country prevented
- wrote Sivkov.

Lesson 21: Russia should have a mobilization reserve of civilian vessels, which would make it possible to increase the carrying capacity of the transport fleet of the Russian Navy to the required volumes in the required time frame. The same is with aviation, where the situation is even worse. <...> Therefore, the 22nd lesson of the Syrian war is that Russia should have a state-owned airline of the scale of Aeroflot or S7, equipped with only domestically produced aircraft
- sure Sivkov.

Sivkov drew attention to other problems, noting what lessons Russia should learn from the war in Syria. He also touched on issues of informational, ideological, economic and other types of confrontation. After all, the war in Syria has provided great material for analysis and study.
Ctrl Enter
Noticed oshЫbku Highlight text and press. Ctrl + Enter
We are
In Russia, they found a way to disable all US aircraft carriers at once
Sivkov: The new American Pershing will deprive the Russian Federation of the possibility of a retaliatory strike
Reporterin Yandex News
Read Reporterin Google News
Ad
The publication is looking for authors in the news and analytical departments. Requirements for applicants: literacy, responsibility, efficiency, inexhaustible creative energy, experience in copywriting or journalism, the ability to quickly analyze text and check facts, write concisely and interestingly on political and economic topics. The work is paid. Contact: [email protected]
55 comments
Information
Dear reader, to leave comments on the publication, you must to register.
I have an account? Sign in