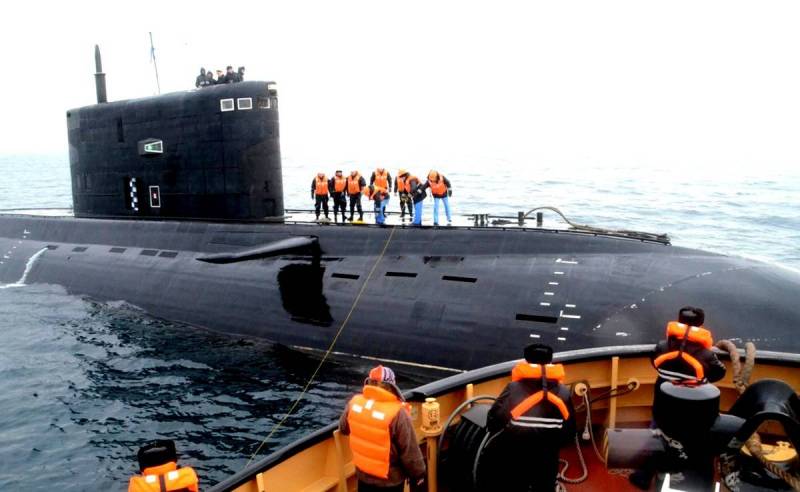 Over the past decades, NATO has been steadily approaching Russian borders, transferring military infrastructure closer to us. The trend is extremely unpleasant and potentially dangerous. However, there is a very pleasant exception to this rule when Russia itself unexpectedly for all approaches NATO.


A few years ago, our country acquired its own naval base in Norway. And it's not a joke.

This is a former NATO secret military base called Olavsvern located in the harsh Norwegian fjords. Her story is amazing. The monumental construction began almost immediately after the formation of the North Atlantic Alliance and cost almost half a billion "those" dollars. According to the plans of Brussels and Washington, the NATO bloc was supposed to get a powerful stronghold from which submarines could act against the Northern Fleet of the USSR. The naval base was created by the whole Western world: the Norwegians themselves, and the British, and the Americans participated in the process.

The result was something similar to Captain Nemo’s last refuge: an artificial grotto carved into the rocks that could withstand a direct hit by a nuclear missile. This naval base could be simultaneously used by submarines and surface ships. The aboveground area of ​​the territory is 1,35 million hectares, the internal - 100 hectares. The total area of ​​the berths is 2,5 square kilometers. 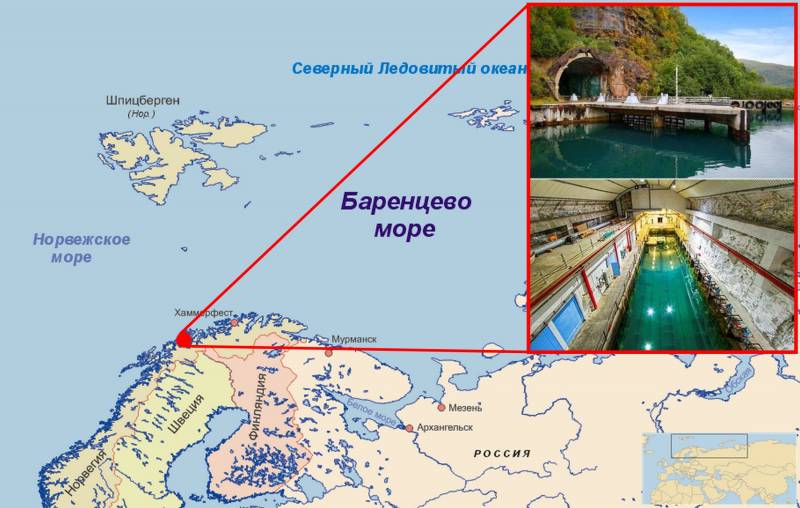 The base was commissioned in 1967, and it was actively used by submarines of the US Navy, operating in the Arctic zone of the USSR. After the collapse of the Soviet Union, the intensity of the confrontation fell sharply, and the urgent need for such infrastructure decreased. The equipment installed there is outdated, and the maintenance of such a grandiose object required large investments. Oslo sent a request to Brussels with a request to privatize the base, which in 2009 received the consent of the NATO command. The irony is that the then Prime Minister of Norway was the current head of the alliance, Jens Stoltenberg, which he does not like to recall now.

Next begins the real surr. The decommissioned military base was put up for sale for 12 million euros at a Norwegian online auction. No one was willing to buy, then the price was reduced to 4,4 million euros. In 2012, a certain businessman Gunnar Wilhelmsen finally acquired the object and leased it to Russia!

Rather, the Russian OJSC Sevmorneftegeofizika became the tenant. This organization transferred to the former NATO base the domestic research vessels Akademik Nemchinov and Akademik Shatsky. Needless to say, what nervous reaction did this deal provoke in the countries of the alliance? The softest thing that Western experts wrote is:

The filling of these vessels allows in-depth research in the interests of the Russian submarine fleet.
Indeed, it is believed that under the bottom of our "researchers" are hiding mini-submarines. Former Norwegian Vice Admiral Einar Skorgen tears his hair on his head:

We deprived ourselves of the most important bridgehead and forced our submarines to do hundreds of extra miles from their bases. We have a common border with Russia in the Barents Sea. Obviously, our navy should be stationed at a naval base in the Arctic.

The most interesting thing is that the transaction was absolutely legal, therefore the claims against Mr. Gunnar Wilhelmsen are unfounded. Journalists fail to get in touch with this entrepreneur, who has already given all the necessary explanations to NATO functionaries.

Of course, there is no question of deploying Russian submarines of the Northern Fleet in Olavsvern. But it’s already good that NATO submarines cannot get up there. And it cost some 4,4 million euros. Extremely good deal.
Ctrl Enter
Noticed oshЫbku Highlight text and press. Ctrl + Enter
We are
“The Battle of Svalbard”: has Norway overestimated its strength?
Turkey’s purchase of S-400 will mark the beginning of the end of NATO
Reporterin Yandex News
Read Reporterin Google News
Ad
The publication is looking for authors in the news and analytical departments. Requirements for applicants: literacy, responsibility, efficiency, inexhaustible creative energy, experience in copywriting or journalism, the ability to quickly analyze text and check facts, write concisely and interestingly on political and economic topics. The work is paid. Contact: [email protected]
7 comments
Information
Dear reader, to leave comments on the publication, you must to register.
I have an account? Sign in