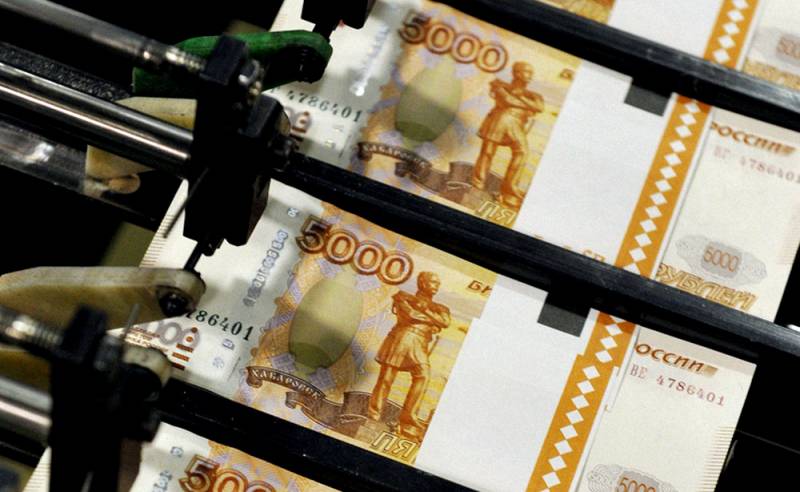 The year before the 1998 default, I had a casual conversation with an ordinary American financial adviser, who at that time was a dime a dozen in Russia.


The impression was that this was the only person whose soul was rooting for Russia.

- Tell me, American, do you write analytical reports for your leadership?
- Of course.
- And they listen to you?
- No.
“Nobody is listening to me.”
I remembered this conversation, because today you can hear about the need for economic growth from every iron, but since then, the pre-default days, in fact, nothing has changed. There are differences in quantity, but not in quality. Then the monetization of the Russian economy was approximately 15%, now 40% of GDP. For comparison, in China, about 200%, in the leading countries of Europe - 150-170%.

For breakthrough economic growth, Russia must significantly increase the level of monetization. It’s like opening a crane: water will come in and pick up all the boats. The banal monetarist counterargument - this will lead to inflation - has nothing to do with the model of rational management. I suggest not blowing up the dam, but submitting confident pressure from the crane. Inflation is a rise in prices, and a boom in the economy reduces prices by increasing the number of goods. This was precisely what was done by the Primakov government when, due to a sharp increase in ruble investments, the economy grew by more than 2% per month, and inflation fell by a factor of three.

We can easily increase monetization to 90-100% with a controlled inflation rate. This means an added 60% of GDP (109,362 trillion rubles in 2019), i.e. over 60 trillion additional issue rubles over a reasonable medium-term period. Enough for everything: the development of the economy, and the stimulation of demand, and defense, and social programs. And even on investments abroad. Extra bonus: no need to rob the poor pensioners. This is a matter of exclusively priority, and more importantly, inflation targeting due to freezing money supply or economic growth.

Why is the Russian government not doing this? And why was the Primakov government hastily fired, do not the Russian authorities need economic growth?

The correct answer is: not needed.

And that's why. There are five main reasons.

1. Economic growth jeopardizes the profitability of international financial speculations, on which the liberal economy of the Russian land has stood and stands. On the contrary, inflation targeting and a stable exchange rate for a foreseeable period of time are a guarantee of profitability for carry trade. Subsequently, the ruble exchange rate can collapse sharply in the interests of the IMF or the raw materials industry, which, of course, will lead to inflation, but all speculators must be prepared in advance for this.

2. Domestic ruble investments necessary for economic growth will prevent the transfer of ownership into the hands of non-residents. Today, more than half of the Russian economy is owned by foreign companies.

3. Economic growth and the creation of new companies will inevitably lead to a weakening of the monopoly position of existing large companies, therefore, to a loss of profits, which does not meet the interests of either the owners or management. The problem is not solvable until the property is separated from the government.

4. It is precisely in view of the latter that economic growth will also weaken political power, since there will be a class of medium and small entrepreneurs independent from officials.

5. The next wave of privatization should involve those already in power and property, and not new entrepreneurs.

We summarize the list of not exhaustive, but fundamentally necessary measures for rapid, breakthrough economic growth.

At the macro level. Bringing the monetization level to 90-100% along with the creation of institutions for the development and distribution of tens of trillions of investment rubles along with affordable bank loans and the establishment of cross-border capital control.

At the industry level. Reducing the tax burden on small and medium businesses and reducing VAT on high-tech industries.

Consumption level. The introduction of a progressive income tax with the complete exemption of the poor from the payment of personal income tax and the adoption of a reasonable single tariff scale for civil servants. This will lead to a massive increase in consumer demand from the poor.

So far, the positive measures of the government have been reduced only to strengthening fiscal discipline within the framework of a constant liberal economic policy.
Ctrl Enter
Noticed oshЫbku Highlight text and press. Ctrl + Enter
We are
Peace enforcement operation. Russia inflicts a preemptive strike on Kiev
Three years left: Ukraine will be sold in parts
Reporterin Yandex News
Read Reporterin Google News
Ad
The publication is looking for authors in the news and analytical departments. Requirements for applicants: literacy, responsibility, efficiency, inexhaustible creative energy, experience in copywriting or journalism, the ability to quickly analyze text and check facts, write concisely and interestingly on political and economic topics. The work is paid. Contact: [email protected]
15 comments
Information
Dear reader, to leave comments on the publication, you must to register.
I have an account? Sign in