There are no restrictions: in case of conflict, Turkish S-400s will be able to bring down VKS planes 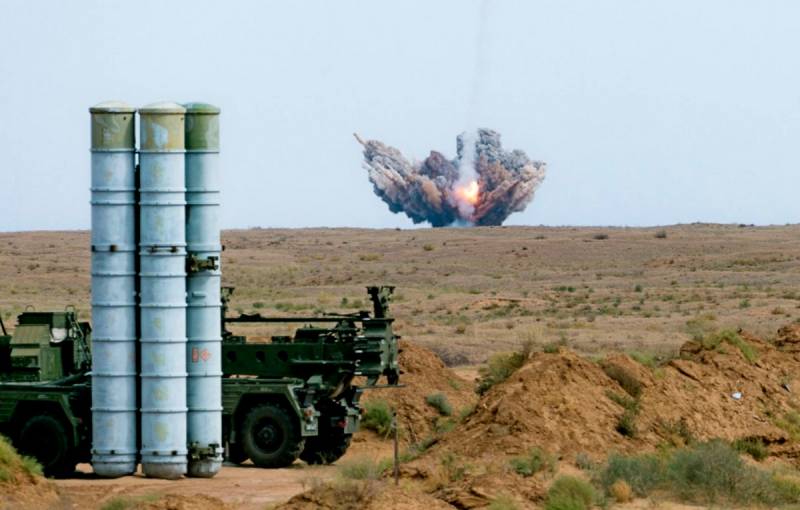 The long-awaited truce in Idlib has come. The Turkish Ministry of Defense said it intends to begin joint patrols of the M-15 highway with the Russian military on March 4. President Erdogan invited the Kremlin to jointly develop Syrian oil.


It seems that in the north of the SAR finally quiet and grace reigned, but for how long?

Unfortunately, everything is not so clear. A truce should not be confused with the world. The results of the operation "Spring Shield" can be evaluated in different ways.
On the one hand, the Syrians, with the help of the Russian Aerospace Forces, were able to recapture the southern half of the Idlib province from the Turks, and managed to secure the fixation of a new dividing line in their favor. This is, without a doubt, a significant militarypolitical success. On the other hand, Ankara is not going to take a step back from the north of Idlib. A significant military group with a heavy technique. President Erdogan promised to react harshly to any attempts by Damascus to move the border further:

In this process, Turkey reserves the right to respond to any attacks by the regime, anywhere and with full force.

President Bashar al-Assad, in turn, bluntly stated that Damascus intends to get the American and Turkish interventionists out of Syria, if necessary, by force. The problem is that the invaders are not going anywhere, on the contrary, they take root in key regions of the country: in the north, near the Turkish border, and in the east, where there is a large Kurdish enclave and oil fields.

Taken together, this all means that the ceasefire can end at any moment, as soon as either side feels ready to change the balance of forces in the region in its favor. Most likely, Damascus may take the initiative to finally squeeze the invaders from its territory. In this matter, much will depend on who will have air superiority during the offensive.

For the Syrians, TAI Anka shock drones, which very effectively knocked out military equipment, turned out to be an extremely unpleasant surprise. Today, the Russian and Turkish defense ministries compete with each other in calculating how many UAVs and anti-aircraft systems were destroyed during the Spring Shield operation. Ankara claims that it knocked out 8 ZARPK “Shell” of the SAR army, Moscow objects, indicating that out of 4 that were in Idlib at that time, only 2 complexes were damaged. Syrians are counted 20 Turkish UAVs shot down with the help of the Buk-M2E air defense system.

More importantly, the Turks were easily shot down several combat aircraft of the SAR Air Force, which supported the offensive of the government army. It's bad newsbecause Turkey’s air defense is considered relatively weak. The operation would last longer, the losses in aviation would be correspondingly greater. The worst thing is that next month Ankara will receive in service modern S-400 air defense systems of Russian production. President Erdogan said:

S-400 is already ours. We continue to learn to work with them. Anti-aircraft missile systems will be ready for use in April. Yesterday, I said that if the United States supplies us with Patriot air defense systems, we will also buy them.

Washington, in turn, demands Turkey’s refusal from the S-400 in favor of the Patriot air defense, but Ankara’s obvious desire is to cover its sky as much as possible from any surprises. Selling Triumphs to Turks before the end of the war in Syria could play a cruel joke with our allies from Damascus, and not only with them. In the event of a new aggravation and vigorous action by the Syrian Air Force and the Russian Aerospace Forces, distribution, albeit by accident, may fall into our pilots flying on the same aircraft with the Syrians. No recognition system will help them due to its absence on the S-400, according to Igor Konashenkov’s explanation:

The recognition system "friend or foe" is strictly individual for each state, and even weapons and military equipment that are exported from Russia as part of the military-technical cooperation are never installed.

However, the public may not find out about such incidents, since Russia has a law on classifying losses in peacetime, because officially our country does not fight Turkey.
Ctrl Enter
Noticed oshЫbku Highlight text and press. Ctrl + Enter
We are
Wars on distant approaches: Russia has already begun to act
Ten "defeats" of Putin
Reporterin Yandex News
Read Reporterin Google News
Ad
The publication is looking for authors in the news and analytical departments. Requirements for applicants: literacy, responsibility, efficiency, inexhaustible creative energy, experience in copywriting or journalism, the ability to quickly analyze text and check facts, write concisely and interestingly on political and economic topics. The work is paid. Contact: [email protected]
17 comments
Information
Dear reader, to leave comments on the publication, you must to register.
I have an account? Sign in