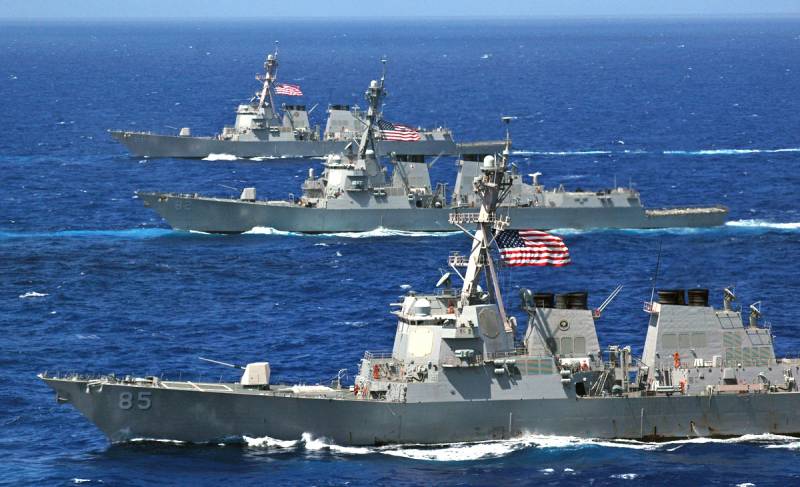 The US Navy is entering an era of dramatic transformation. The Pentagon is preparing for a radical reduction in the number of “workhorses” of its fleet: destroyers of the Arly Burke class URO and missile cruisers of the Ticonderoga class.


Experts explain this by the inappropriateness of the program for extending the terms of their operation. But then what will replace these ships?

The Arleigh Burke class destroyers are the largest batch type of destroyer since the end of World War II. Their development began in 1988, the first ship went into operation in 1991, receiving the DDG 51 number. These are, without exaggeration, real “workhorses”: destroyers are capable of providing anti-ballistic and anti-aircraft defense, fighting submarines and surface ships, and providing support landing and naval blockade, monitor enemy ships, carry out search and rescue operations.

The developers were able to fulfill the Pentagon's requirement: to create a destroyer at a price of 2/3 of the cost of the Ticonderoga class missile cruiser, having 3/4 of their combat capabilities. I don’t want to sing the praises of the Navy of the potential enemy, but the ship is really good in its multifunctionality. However, he also has a problem: Arly Burke is gradually starting to age.

Three series of this vessel are known: Flight I, Flight II and Flight III. In the first, three destroyers were built, after which the project was modernized. In the second - seven ships, and the Flight IIA version was created, which became the largest. Previously, it was planned at the Pentagon to build the DDG-113 to DDG-121 destroyers for the third series of Flight III, to bring the total number of U.S. Navy to 355 ships. However, now plans have begun to be substantially adjusted.

James Gerts, spokesman for the United States Navy, told the Senate committee that extending the life of a destroyer in service from 35 to 45 is not practical. Decisions must be made "pointwise", for each ship, taking into account its condition. The first Arly Burke went into operation in 1991, so they can drop out of the Navy since 2026. Things are a little better with the destroyers of the Flight II and Flight IIA series, since they were originally designed not for 35, but for 40 years of service. 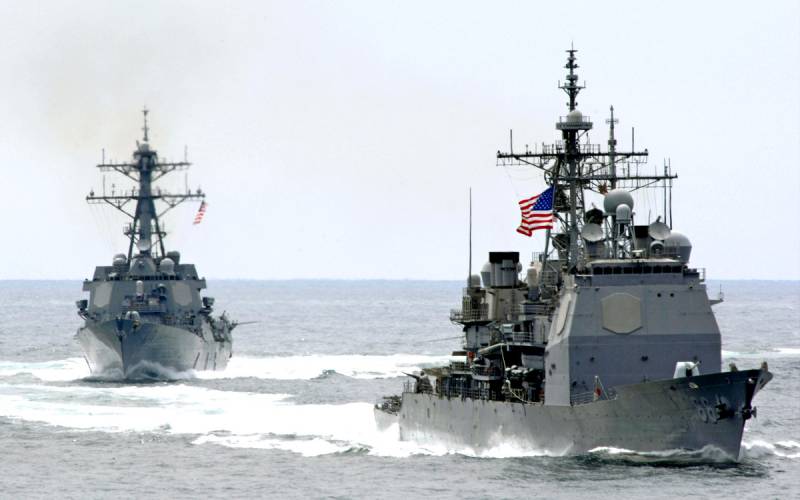 The Ticonderoga class missile cruiser in the foreground and the Arly Burke class destroyer
If the Senate accepts the military’s arguments, then by 2034 32 URO destroyers will leave the US Navy, which will drastically reduce their missile defense capabilities. But that's not all: by the turn of 2026-2027, the Pentagon will write off 13 Ticonderoga class missile cruisers. A logical question arises, why does the “hegemon” disarm itself, and what will be replaced?

Probably, the answer should be sought in the field of modern developments. Navy Vice Admiral Rich Brown said the United States needs unmanned surface ships to confront China and Russia:

We also need medium and large crewed surface ships. We need a battle-worthy frigate and we need a large surface combat ship.

Two years ago, the Pentagon already announced the acceptance of proposals for the development of such a high-speed medium crewless vessel with an increased range and autonomy of up to 90 days. In fact, we are talking about a floating "clip" with missiles and other weapons. Nothing is known about the contracts concluded, but the course of American military thought is quite understandable.
Ctrl Enter
Noticed oshЫbku Highlight text and press. Ctrl + Enter
We are
"Explosive" Dragon and Belated Boeing: who will be the first to replace the "Union"
What will Russia do when the ISS does not
Reporterin Yandex News
Read Reporterin Google News
8 comments
Information
Dear reader, to leave comments on the publication, you must sign in.