Russia does not have a goal to deprive the Baltic States of transit, but this is exactly what is happening 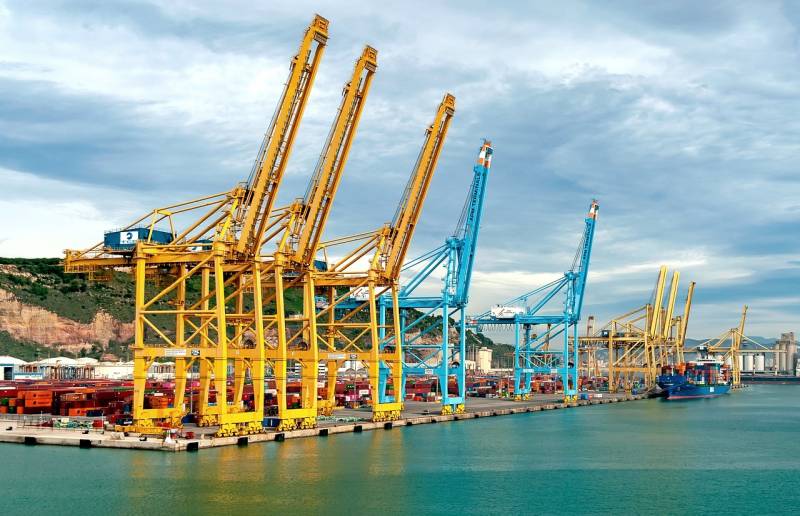 Moscow drove another nail into the lid of the Baltic coffineconomic independence ”. The Ministry of Industry and Trade of the Russian Federation announced the suspension of its sales offices in Estonia, Latvia and Lithuania. There is no talk of a complete cessation of their functioning, but the signal is very ominous, given the role that Russian exports continue to play in the Baltic economy.


What can turn out for the “three sisters” a complete break in ties with our country?

Since the days of the USSR, the Baltic States has been our "trading gate" to Europe. After the collapse of the Soviet Union and the independence of the former republics, the elites there had two approaches to relations with the Russian Federation: pragmatic and politicized. According to the first, due to its unique position, Lithuania, Latvia and Estonia could become a “bridge” between the West and the East, receiving maximum preferences from this. Local wit called three small countries, rather, "balls in the bearing" between the EU and Russia. The concept is quite adequate and viable, but, unfortunately, the politicians who mounted the Russophobic skate prevailed.

The result of their destructive actions was the consistent deterioration of relations between the former Soviet republics and the "big land", despite the high degree of integration of their economies into ours. Moscow suffered the tricks of Riga, Tallinn and Vilnius for a long time, but its patience was eventually exhausted. Instead of the "green men", tools of economic pressure were launched to bring them to the fore.

Russian transit began to move to Russian ports in the Baltic. State structures are gradually phasing out their activities, and private business is not far behind them. For example, Gazprom last year put up for sale 34,1% of the authorized capital of the Latvian GTS operator Conexus Baltic Grid. Private transport holding Novotrans announced the start of construction of a terminal in the port of Ust-Luga, Leningrad Region. The Acron Group of Companies has already transferred part of the transit of mineral fertilizers from Estonia to Murmansk and Ust-Luga. Also, Uralchem ​​intends to move to Ust-Luga from Latvia. Uralkali and the aforementioned Uralchem ​​are considering the possibility of moving from the non-Russian Baltic to the Kaliningrad region.

We do not have such an attitude - to deprive the Baltic of transit. We have an installation in every way to facilitate the reorientation of cargo flows to ports in the northwestern part of the Russian Federation, that is, to make them more competitive and attractive.

Well, one does not exclude the other. However, the ongoing set of measures for “export substitution” indicates that the affairs of the Baltic states are bad. Russian ports are actively developing in Ust-Luga, Primorsk, St. Petersburg and Vysotsk. A cargo and passenger port is being built in the Kaliningrad region in Pionersky. A deep-sea port will be built in Amber. Kaliningrad shipping channel should be deepened. The construction process of new capacious ferries in the amount of three pieces has begun, which will reliably connect the exclave with the territory of Russia.

The investments are large-scale and it is clear that there will be no return to the services of the Baltic States in the previous volume. But they could be a "bridge" between the West and the East.
Ctrl Enter
Noticed oshЫbku Highlight text and press. Ctrl + Enter
We are
Port fiasco: which of the “Baltic sisters” has a chance to escape?
Complete fiasco: even China turned away from the Baltic
Reporterin Yandex News
Read Reporterin Google News
Ad
The publication is looking for authors in the news and analytical departments. Requirements for applicants: literacy, responsibility, efficiency, inexhaustible creative energy, experience in copywriting or journalism, the ability to quickly analyze text and check facts, write concisely and interestingly on political and economic topics. The work is paid. Contact: [email protected]
4 comments
Information
Dear reader, to leave comments on the publication, you must to register.
I have an account? Sign in