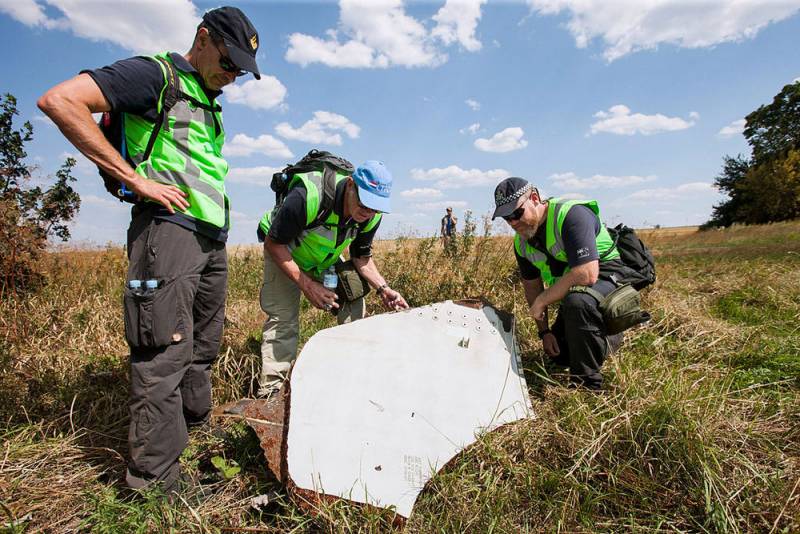 During a meeting of the operational headquarters of the Joint Investigative Group (CVG) in Dribergen (Netherlands) on January 25, 2018, the issue of the possibility of violating Russian sovereignty in the search for witnesses was seriously considered.


This is evidenced by the 13-page protocol of the meeting of the operational headquarters, which was shown to the general public on Saturday by the platform for independent journalists Bonanza Media.

According to the document, investigators from the Dutch prosecutor’s office “raised the issue of violation of Russian sovereignty by accessing witnesses who most likely live in the Russian Federation without informing the Russian authorities about this.”

And if the reaction of the Ukrainian representative, who stated that he “does not see any difficulty” in this proposal, is quite predictable, the reaction of Belgium, which, as a European state, constantly calls for compliance with international law, is astounding: the Belgians said that too they see no problem in violating the sovereignty of Russia.

Thus, the published protocol of the meeting of the operational headquarters of the Joint Investigative Group (SSG) clearly shows that the participants in this scam, hiding behind the pathos of the rule of law and establishing justice in the Boeing crash, are least concerned about the legality and fairness of their investigation.
Ctrl Enter
Noticed oshЫbku Highlight text and press. Ctrl + Enter
We are
Netherlands Intelligence: There was no Buk in the crash area of ​​MH-17
Malaysia rejects anti-Russian disaster report MH17
Reporterin Yandex News
Read Reporterin Google News
Ad
The publication is looking for authors in the news and analytical departments. Requirements for applicants: literacy, responsibility, efficiency, inexhaustible creative energy, experience in copywriting or journalism, the ability to quickly analyze text and check facts, write concisely and interestingly on political and economic topics. The work is paid. Contact: [email protected]
6 comments
Information
Dear reader, to leave comments on the publication, you must to register.
I have an account? Sign in