Negotiations in Moscow: Putin managed to “push through” Erdogan? 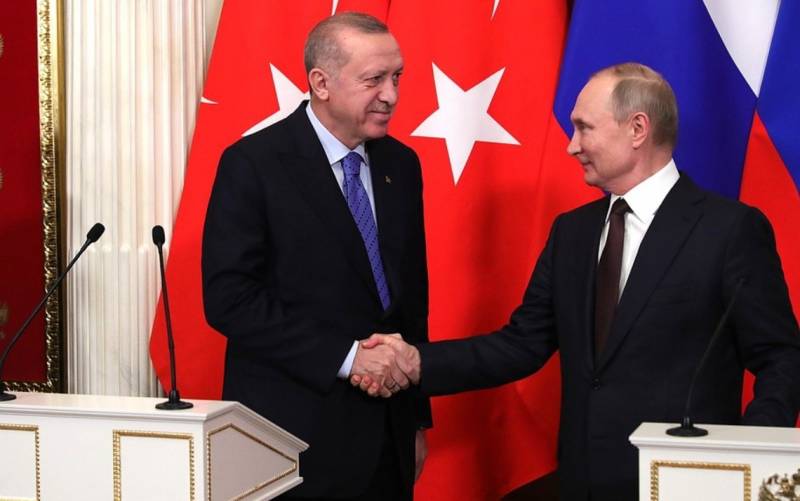 So, the long-awaited meeting between Presidents Putin and Erdogan in Syria took place. The ceasefire reached during the negotiations officially began last night, the fire ceased, which in itself was good. What has each side achieved, and can the conflict in Idlib be considered finally settled?


March 4 at the "Reporter" came out publication with the title "Negotiations of Putin and Erdogan: how will the north of Syria be divided?" Let's see what came out of the forecast made.

We proceeded from the thesis that a real war, even on a local theater, is not needed today either by Turkey or Russia. Since the Syrian army was going on the offensive on the position of pro-Turkish militants in Idlib, the ball, as they say, was on the side of Ankara. Fortunately, despite the southern temperament, common sense among President Erdogan prevailed. Apparently, several factors worked for this at once:

At firstThe United States and NATO refused to directly "fit" into the conflict specifically in Idlib, leaving it to the Turkish army.

SecondlyMoscow refused to leave Bashar al-Assad “alone with Erdogan,” and Tehran threatened to give an answer if the Turks continued to hit pro-Iranian formations that supported Damascus.

ThirdlyDespite the many hotheads waging a “virtual war” against Russia on social networks, the majority of the Turkish population will not support the real war, and this threatens President Erdogan with a further drop in rating in the event of major losses and defeats.

FourthlyAnkara imprudently began to disperse its forces, opening a second front in Libya, where it also began to suffer the first combat losses. At the same time, Damascus began to build relations with the LNA of Khalifa Haftar.

Fifthly, the aggravation of the situation in Idlib hit the rate of the Turkish national currency, the lira even more, which had a very negative impact on the economy countries. Obviously, if a real war began with Syria and Russia, economic losses would be much higher.

It can be concluded that these reasons forced Recep Erdogan to pull himself together and turn off the “borzometer”. The maximum program in the form of a further advance to the south of Idlib or the legalization of the presence of Turkey in the SAR through the creation of a certain "Turkoman Republic" in Ankara was abandoned. For now, anyway.

However, further north Erdogan did not retreat. Turkish troops remained where they were as of the night of March 5th. Ankara itself gave the right to return fire in the event of an attack by the Syrians. The Turkish observation posts, which bypassed the government army of the SAR, remained in their places.

That is, we are talking about exactly what we have been talking about for so long: there has been another redistribution of the north of Syria. In general, this can be considered a serious success for Damascus and Moscow: the southern part of Idlib province returned to control of the country's official authorities. The positions of the terrorists sharply moved north, which will make the Russian Khmeimim airbase safer from unexpected attacks by militants that previously came with enviable regularity. The parties agreed to create a security corridor on the M4 highway (6 km north and south of the highway), which will be jointly patrolled by Turkish and Russian military. 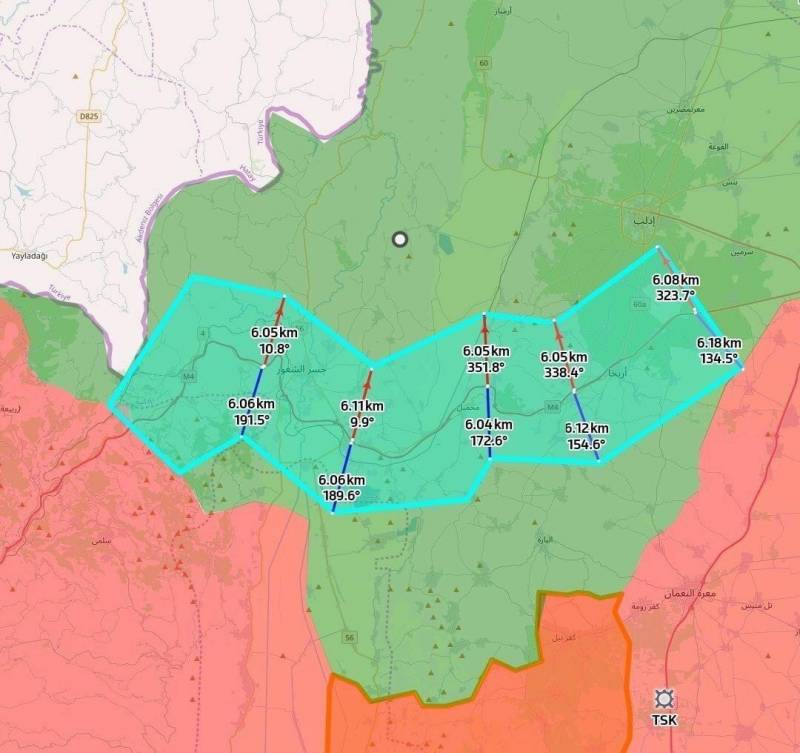 In general, this is an intermediate success. But victory is still far away. President Bashar al-Assad, inspired by victories, is eager for battle:

We do not forget about the Turks who are occupying the northern part of the Syrian territory. If they don't leave as a result political negotiations, they will have to be driven out by force. And we will do this. This is also our national duty as Syrians.

The Turks in the north of the SAR have their own interests, which they are ready to defend with military force. Ankara went to lose half of Idlib, but she does not intend to retreat further, meeting government troops with artillery, MLRS and strike drones. Thousands of groups of armed militants who somehow will need to be taken under control have not disappeared.

If you call a spade a spade, Ankara, Damascus and Moscow took a break, time for a break. The problems themselves have not gone away, just their resolution has been postponed to a later period.
Ctrl Enter
Noticed oshЫbku Highlight text and press. Ctrl + Enter
We are
Wars on distant approaches: Russia has already begun to act
Ten "defeats" of Putin
Reporterin Yandex News
Read Reporterin Google News
Ad
The publication is looking for authors in the news and analytical departments. Requirements for applicants: literacy, responsibility, efficiency, inexhaustible creative energy, experience in copywriting or journalism, the ability to quickly analyze text and check facts, write concisely and interestingly on political and economic topics. The work is paid. Contact: [email protected]
27 comments
Information
Dear reader, to leave comments on the publication, you must to register.
I have an account? Sign in