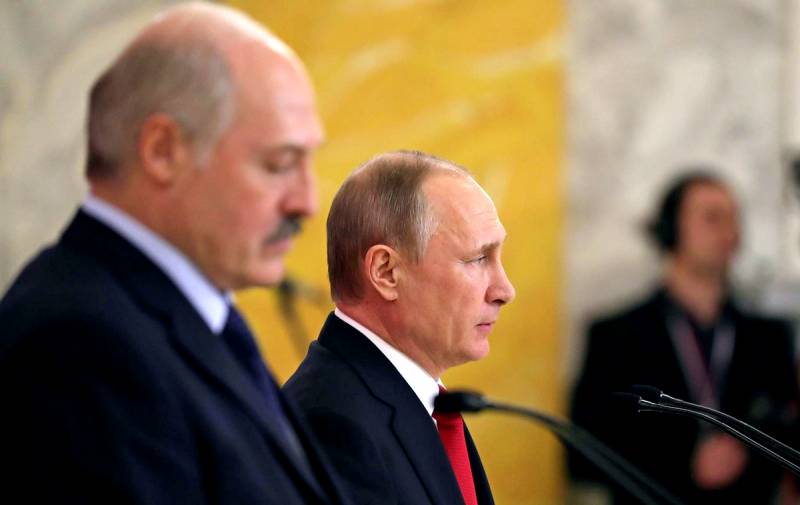 Despite some lull in the information field, the “oil war” between Minsk and Moscow continues. In just six months, the next presidential election will be held in Belarus. For re-election, Alexander Lukashenko needs a convincing victory and guarantees that his fellow citizens’s standard of living will not decline. Therefore, Minsk laid out on the table "ace of trump": claims for damage from "dirty" Russian oil in the amount of $ 2 billion.


Recall that last spring, raw materials contaminated with organochlorine compounds via the Druzhba pipeline fell to Belarusian refineries, damaging expensive equipment, as well as to other countries - Ukraine, Poland, Slovakia and Hungary. Unfortunately, this is the fault of the Russian side, which itself extremely unsuccessfully framed in the framework of a trade dispute with Minsk. The key question is, how accurate are the estimates of the cost of damage given by the Belarusian authorities?

President Lukashenko said last year that his country’s damage amounted to “hundreds of millions of dollars.” The RF Ministry of Energy then estimated it much more modest: a little less than $ 100 million. Later, Hungary and Poland received compensation of $ 15 per barrel of contaminated oil. Minsk for its 1,2 million tons of low-quality raw materials can count on 132 million dollars. From what ceiling did the figure of 2 billion dollars come from?

Political analyst Dmitry Bolkunets believes that the Belarusian authorities generously piled up and rounded up all their losses, real and imaginary, presenting them to Russia:

The minister nevertheless had in mind the total losses due to dirty oil from Russia and restrictions on oil supplies to Belarus for refining.
That is, in Minsk they took into account both the lost profits from the tax maneuver conducted by Moscow in the oil industry and “dirty oil”, and then they attributed “extra digits”. For example, last year 1,4 million tons of petroleum products not supplied by Belarus last year caused losses of $ 692 million. 2 billion dollars does not work in any way. How then to understand this "entertaining arithmetic"?

In fact, everything is pretty primitive: Minsk is playing sneakily on raising rates. Presidential elections are approaching, and many Belarusians are starting to get tired of their permanent leader, and even in Moscow they are already looking displeased at Lukashenko, who is breaking the Union State project. Alexander Grigorievich needs to show his voters a “miracle”, having achieved victory in the “oil war” before the summer. For this he spares no money.

For example, on the issue of oil supplies, he has already agreed on cooperation with Ukraine and Azerbaijan. The first batch of hydrocarbons with a total volume of 160 tons will soon arrive through the Odessa-Brody pipeline. Economic there is not much expediency in this, but it’s a hello to Moscow. Minsk also hijacked Safmar Mikhail Gutseriev to sell “black gold” without a premium. It probably worked out that the oligarch had a lot of assets in Belarus. In addition to the structure of Gutseriev, another five Russian companies announced their desire to work in the Belarusian market on the same conditions. Experts suggest that Minsk might be interested in their tax benefits or access to the privatization of refineries or other assets.

In general, President Lukashenko has shown increasing activity in diversifying sources of oil production. It should be noted that the Kremlin has recently “given up on slack” by making an “unexpected proposal” to compensate for part of the losses of Belarus. One gets the impression that in Minsk they considered this a manifestation of weakness, and therefore rolled out an account for "dirty oil" at once by $ 2 billion.
Ctrl Enter
Noticed oshЫbku Highlight text and press. Ctrl + Enter
We are
Washington's Trojan Barrel: Why Does Lukashenko Need American Oil?
Peace enforcement operation. Russia inflicts a preemptive strike on Kiev
Reporterin Yandex News
Read Reporterin Google News
Ad
The publication is looking for authors in the news and analytical departments. Requirements for applicants: literacy, responsibility, efficiency, inexhaustible creative energy, experience in copywriting or journalism, the ability to quickly analyze text and check facts, write concisely and interestingly on political and economic topics. The work is paid. Contact: [email protected]
7 comments
Information
Dear reader, to leave comments on the publication, you must to register.
I have an account? Sign in