Trump has extended anti-Russian sanctions and threatens to introduce new 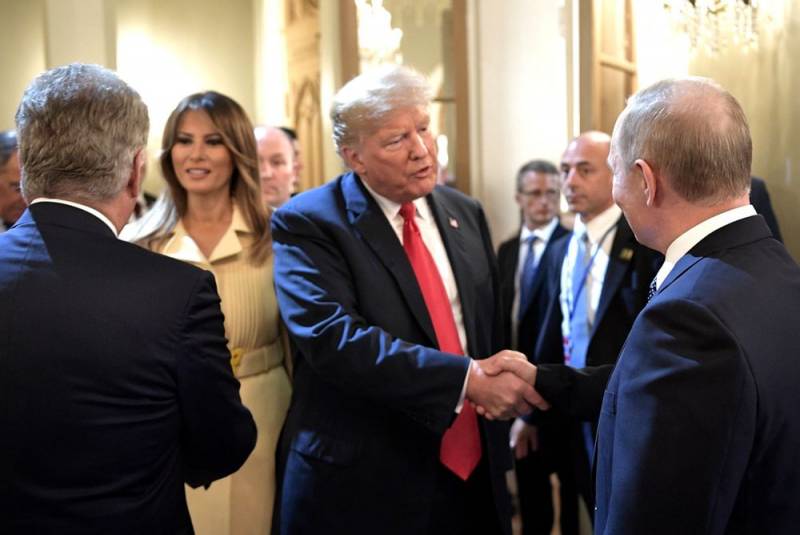 American "partners" continue to pursue a strategic line aimed at weakening Russia, one of Washington's competitors in the international arena. US President Donald Trump has already sent a notice to Congress that extends the "Crimean sanctions" for another year. At the same time, he threatened Moscow that Washington could impose new sanctions on oil purchases from Venezuela.


It should be recalled that Barack Obama imposed US sanctions against Russia over Crimea on March 6, 2014, by signing decree 13660. That is, the then owner of the Oval Office in the White House took this step even before the referendum in Crimea.

Actions and policy persons undermining democratic processes and institutions in Ukraine; threatening its peace, security, stability, sovereignty and territorial integrity; contributing to the misappropriation of its assets, as well as actions and policies of the Russian government, including the annexation of Crimea and the use of force in Ukraine, continue to pose an unusual and extreme threat to US national security and foreign policy
- says Trump.

Therefore, I determined that it is necessary to continue the state of emergency declared in decree 13660 in connection with the events in Ukraine
- emphasized in the document.

In addition, Trump said that the United States may introduce new sanctions against Russia due to the purchase of oil from Venezuela.

There may be serious sanctions ... You will see after a while
- warned Trump.

We are observing what is happening in Venezuela very closely, and we do not like it at all
- Trump specified.

It should be added that on February 23, 2020, US Special Representative for Venezuela Elliot Abrams informed the public that Washington would tighten restrictions on the oil sector of Venezuela. And before that, on February 18, 2020, the United States imposed sanctions against Rosneft Trading SA, a structural unit of Rosneft PJSC and its head Didier Kasimiro. After that, the shares of PJSC NK Rosneft fell by more than 5%.

By the way, in Rosneft, PJSC, US sanctions have already been called arbitrary, and the Russian Foreign Ministry said that Moscow will not stop working with Caracas. In turn, Venezuela appealed to the International Court of Justice with a complaint about US actions, but in Washington they considered this an absurdity and decided not to attach any importance to this.
Ctrl Enter
Noticed oshЫbku Highlight text and press. Ctrl + Enter
We are
EU extended sanctions against certain sectors of the Russian economy
US State Department: Venezuelan Civil War Scenario Ready
Reporterin Yandex News
Read Reporterin Google News
Ad
The publication is looking for authors in the news and analytical departments. Requirements for applicants: literacy, responsibility, efficiency, inexhaustible creative energy, experience in copywriting or journalism, the ability to quickly analyze text and check facts, write concisely and interestingly on political and economic topics. The work is paid. Contact: [email protected]
4 comments
Information
Dear reader, to leave comments on the publication, you must to register.
I have an account? Sign in