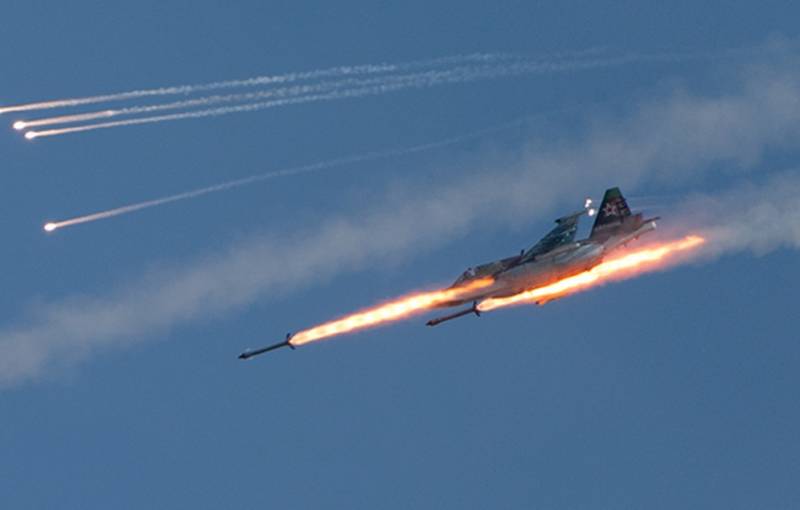 The Russian Air Force combat aircraft had to intervene in a situation where a Turkish military convoy tried to enter the settlement of Al-Bara in the Syrian province of Idlib.

Such a measure forced a military convoy of 65 cars to turn around and leave the dangerous area.

However, the Turks did not manage to avoid losses, as the Syrian government army attacked the ill-fated military convoy, forcing the Turkish military to take refuge in nearby buildings.

According to European news agencies, several Turkish soldiers were injured during this incident.

Later, information about the intervention of the Russian Aerospace Forces was denied by the agency Interfax with reference to a military source, however, it seems that the case took place to be, and the refutation was made on the basis of some need.

It can be assumed that the Turks would have long ago used their military aircraft to support the ground forces in Idlib, but they do not, as the Syrian command ordered the air defense forces to shoot down any foreign aircraft that violated the republic’s air borders.
Ctrl Enter
Noticed oshЫbku Highlight text and press. Ctrl + Enter
We are
Turkey strikes at Syrian army positions
There were videos of powerful strikes VKS of Russia on the militants in Syria
Reporterin Yandex News
Read Reporterin Google News
Ad
The publication is looking for authors in the news and analytical departments. Requirements for applicants: literacy, responsibility, efficiency, inexhaustible creative energy, experience in copywriting or journalism, the ability to quickly analyze text and check facts, write concisely and interestingly on political and economic topics. The work is paid. Contact: [email protected]
6 comments
Information
Dear reader, to leave comments on the publication, you must to register.
I have an account? Sign in