Erdogan called Putin: details of the conversation between the two presidents on Syria 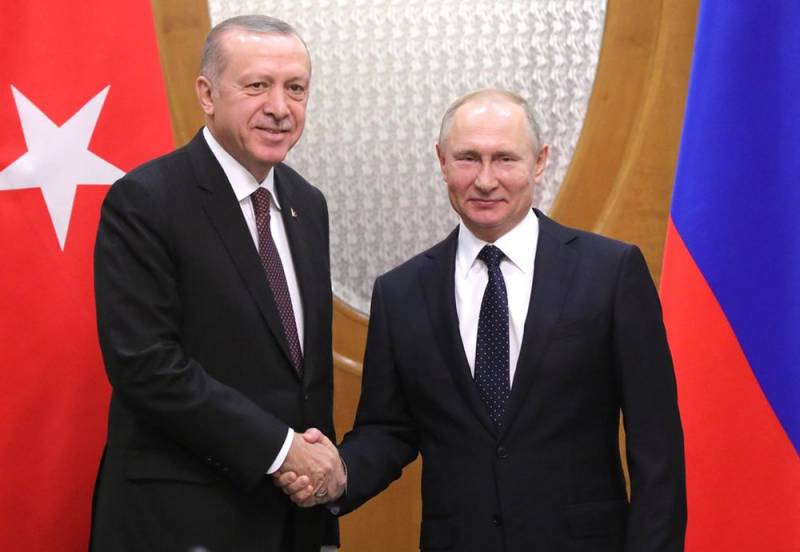 The Turkish President Recep Tayyip Erdogan’s administration informed that the Turkish leader had a telephone conversation with Russian President Vladimir Putin. It is clarified that during the conversation the heads of state discussed the situation in the Idlib “de-escalation” zone. At the same time, the leaders of the two countries expressed their commitment to all previously reached agreements on Syria.


It is noted that Erdogan said the need to contain the Syrian Arab Army (SAA) to prevent a humanitarian catastrophe in the region. At the same time, Erdogan is sure that the implementation of the Sochi accords should become the foundation of the settlement of the conflict.

In turn, the Kremlin said that during the conversation Putin informed Erdogan about the need for unconditional respect for the sovereignty and territorial integrity of Syria. Moreover, the Russian leader expressed great concern about the activities of the radicals in the Idlib "de-escalation" zone.

It is emphasized that Erdogan and Putin agreed to intensify bilateral interagency consultations on this issue. This should lead to a decrease in tension in the region, a ceasefire and the neutralization of the terrorist threat. So the contacts of the Turkish and Russian military will become even more intense.

In addition, the two heads of state discussed the situation in Libya. During the conversation, the importance of implementing the decisions taken on January 19, 2020 at a conference in Berlin was noted.

It must be recalled that before this, Ankara began discuss with Moscow the possibility of using the Turkish Air Force airspace of Syria. At the same time, Turkey continues beg the United States has anti-missile systems MIM-104 "Patriot" (Partiot) to deter the Russian Aerospace Forces and the Syrian Air Force on its southern borders.
Ctrl Enter
Noticed oshЫbku Highlight text and press. Ctrl + Enter
We are
Turkey again threatens to shoot down Russian planes in Syria
Turkey moves troops to Syria to avoid “nightmare scenario”
Reporterin Yandex News
Read Reporterin Google News
Ad
The publication is looking for authors in the news and analytical departments. Requirements for applicants: literacy, responsibility, efficiency, inexhaustible creative energy, experience in copywriting or journalism, the ability to quickly analyze text and check facts, write concisely and interestingly on political and economic topics. The work is paid. Contact: [email protected]
6 comments
Information
Dear reader, to leave comments on the publication, you must to register.
I have an account? Sign in