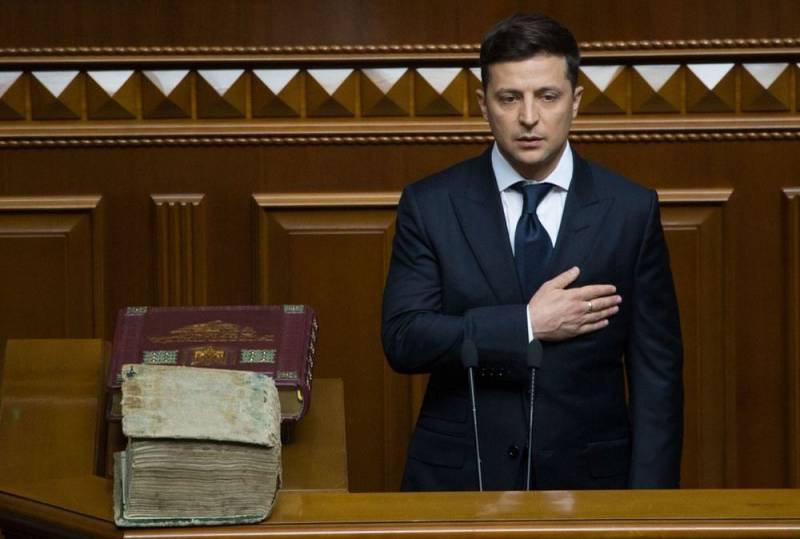 Recently сообщалосьas February 17, 2020, Ukrainian Foreign Minister Vadim Priestayko, before flying with a report to the United States, on the talk show “Freedom of Speech” on ICTV, spoke about the outcome of the Munich Security Conference for Ukraine. In the process of communication, Priestayko said that at the next meeting of the “Norman format”, the new “father of the nation” Vladimir Zelensky intends to demand from the leaders of Russia, France and Germany the creation of a working group on the return of control over the border with Russia to Kiev.


Pristayko specified that a wide range of issues will be discussed at this meeting. He explained that during the previous negotiations it was possible to agree on seven main positions, but “there was no place for the border issue”.

But that’s how President Zelensky poses the question.
- stressed Priestayko.

According to Priestayko, Kiev offered Moscow to create such a group, but did not find understanding. Therefore, Zelensky “will insist that this issue be considered and remain among the priorities.”

Pristayko promised that during a future meeting of the “Norman format” the ceasefire, the exchange of held persons, and the admission of representatives of the International Committee of the Red Cross to the entire territory of Donbass will be considered. Why can't stop shooting already now, Pristayko did not specify.

We remind you that on February 15, 2020 Zelensky said that he would do everything possible to ensure that the next summit of the "Norman format" (Ukraine, Russia, France and Germany) was held in April 2020. In turn, on February 17, 2020, Russian Foreign Minister Sergei Lavrov informed the public that any mention of the likely holding of the summit in April 2020 can be regarded only as wishes expressed aloud. The thing is that Moscow has repeatedly stated that it is interested in the specifics of the settlement issue, and not in holding an event for the sake of the meeting or public relations.

At the same time, the head of the Ministry of Internal Affairs of Ukraine Arsen Avakov said that before the local elections in the Donbass, the Ukrainian parliament should adopt a “law on collaborators,” about traitors collaborating with the enemies of their homeland, their people.

Before the elections take place (in uncontrolled territories - ed.), Before we take control of the territory, a number of fundamental issues must be resolved, including the adoption of a “law on collaborators
- Avakov said on ICTV.

Someone says that this is a law on amnesty, and I say that this is a law on collaborators, which must be adopted. If you are a rural doctor and work under the so-called Ministry of Health of the DPR, which we do not recognize, then you are not subject to reprisals, because you perform an important social function and you have no alternative. The same for teachers, for small clerks
- Avakov explained.

Avakov noted that those persons in the uncontrolled Donbass who "performed repressive functions, participated in the overthrow of power by force or in killings", should be prosecuted. At the same time, he did not say how the investigations against “Ukrainian patriots” who committed murders and other crimes are moving forward.
Ctrl Enter
Noticed oshЫbku Highlight text and press. Ctrl + Enter
We are
In Kiev, said about the "threat of war" between Russia and Belarus
Named countries wishing to join the "Normandy format"
Reporterin Yandex News
Read Reporterin Google News
Ad
The publication is looking for authors in the news and analytical departments. Requirements for applicants: literacy, responsibility, efficiency, inexhaustible creative energy, experience in copywriting or journalism, the ability to quickly analyze text and check facts, write concisely and interestingly on political and economic topics. The work is paid. Contact: [email protected]
6 comments
Information
Dear reader, to leave comments on the publication, you must to register.
I have an account? Sign in