OOS headquarters: LPR launched an offensive in the Donbass 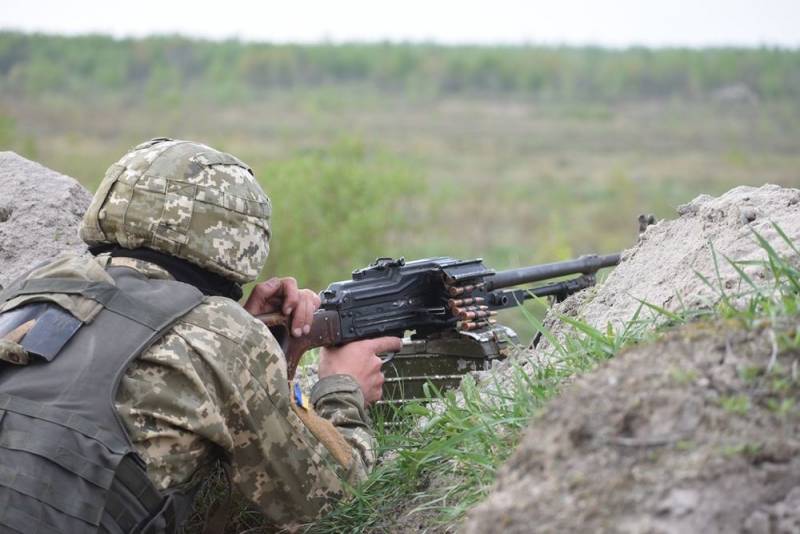 On February 18, 2020, the press center of the headquarters of the Operation of the Joint Forces of the United Forces of Ukraine erupted in a loud statement that "the armed formations of the aggressor", i.e. the militia of the Lugansk People’s Republic (LPR), "launched an offensive in the Donbass." It is specified that the positions of the Armed Forces of Ukraine and the attached forces near the settlements of Novotoshkovskoye, Orekhovo, Krymskoye and Khutor Volny were attacked.

This morning, February 18, the armed forces of the Russian Federation attacked the positions of the United Forces
- said in the official Facebook account of the OOS.

Under fire cover, the Russian invaders began active offensive operations and attempted to advance through the demarcation line.
- claim at the headquarters of the OOS.

As of now, the battle is on. Unfortunately, as a result of enemy shelling, Ukrainian defenders suffered losses
- says the statement of the OOS.

At the same time, they were assured from the OOS headquarters that the Ukrainian units “give an adequate response to the invaders,” who are being hit by fire to suppress their activity.

In turn, from Lugansk it was reported that in the morning of February 18, 2020, the Ukrainian military opened fire from large-caliber artillery and mortars at LNR settlements. There were 7 violations of the ceasefire by Kiev-controlled settlements: Kryakovka, Krymskoe, Novotoshkovskoe, Orekhovo. As a result of the shelling, the infrastructure in the settlements of Kirovsk and Donetsk, under the control of the LPR, was seriously damaged.

That is, there was no “LPR offensive”. Just Kiev continues to cynically ignore the Minsk agreements, inventing prepositions. And this situation will continue until the former President Leonid Kuchma is the representative of Ukraine in the Trilateral Contact Group (TAG) in Minsk. The thing is that Kuchma is a father-in-law to oligarch Viktor Pinchuk, who is a partner of the famous "philanthropist" George Soros. So until the incumbent president Vladimir Zelensky removes Kuchma from the TKG, there will be no progress in the negotiations on the Donbass.
Ctrl Enter
Noticed oshЫbku Highlight text and press. Ctrl + Enter
We are
Ukraine accused the republics of Donbass of using prohibited weapons
Ukraine brought the APU in the Donbass in full combat readiness
Reporterin Yandex News
Read Reporterin Google News
Ad
We are open to cooperation with authors in the news and analytical departments. A prerequisite is the ability to quickly analyze the text and check the facts, to write concisely and interestingly on political and economic topics. We offer flexible working hours and regular payments. Please send your responses with examples of work to [email protected]
9 comments
Information
Dear reader, to leave comments on the publication, you must sign in.