Russia intends to build the most expensive bridge in the world

16 May 2018
11
Appetite comes with eating. During the grand opening of the first stage of the Crimean bridge, President Vladimir Putin promised the Russians new megastructures: 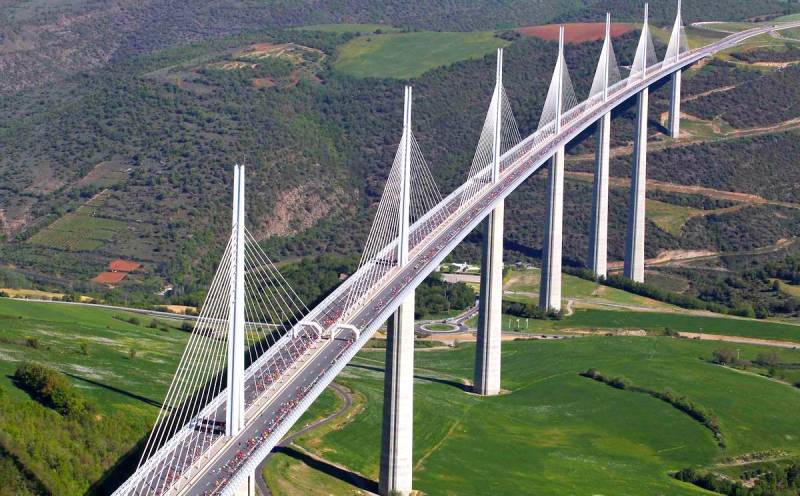 Apparently, the next construction of the century will be the Sakhalin Bridge. And now experts are scaring taxpayers at the cost of such a construction: if the Crimean bridge has become one of the most expensive bridges in the world, then the bridge to Sakhalin Island can reach the federal budget 3,5 times more expensive. Today the Bay Bridge between the California cities of San Francisco and Auckland holds the palm. Its value is $ 6,4 billion.

According to preliminary projects, the railway bridge at the narrowest point of the strait between Sakhalin and the mainland will connect the station Nysh and Selikhan, respectively. The 6-kilometer bridge itself is already indiscreetly estimated at 252,8 billion rubles, and the entire project, taking into account the supply of railways, will cost 540 billion rubles (approximately $ 8,7 billion at the current rate). Over 90 billion rubles will have to be spent on the modernization of railways on the island. Design work can take 3 years, construction - 5 years.

It is known that the bridge from the continent to Sakhalin began to be built even under Comrade Stalin, but after his death the project was quickly turned off. And in the 2010s, then laid railway tracks were dismantled. Nowadays, they are trying to reanimate the Sakhalin Bridge in conjunction with the implementation of the project for a deep-sea coal terminal on Sakhalin. The terminal is estimated at another 100 billion rubles. Opinions are expressed that the construction of an ultra-expensive bridge at the expense of the state budget lobbies the interests of coal exporters.

However, under certain conditions, Sakhalin Bridge may gain more interesting prospects. With its help, island Japan can become a continental country. It is about jointly with Japanese investors connecting South Sakhalin and Japanese Hokkaido by a road-rail bridge. The distance between Russian and Japanese territory at the narrowest point of the strait is only 43 kilometers. Not that close, but the distance is quite adequate for an extended bridge crossing. Also considered are options for building an underwater tunnel instead of a bridge, like the Eurotunnel under the English Channel.

True, even preliminary estimates of the project cost of $ 50 billion make you think about it economic expediency. Cargo exchange between Russia and the Land of the Rising Sun is not so great, and sea transport for island Japan is more profitable than rail deliveries to Russia. The decision to unite Russia and Japan expensive, if adopted, will be clearly political character. But the launch of the construction of the Sakhalin Bridge with a budget more than three times the Crimean will clearly support the audited contractors accustomed to the gigantic amounts.
Ctrl Enter
Noticed oshЫbku Highlight text and press. Ctrl + Enter
We are
What will the Sakhalin bridge turn out for Russia
Mega-project: Sakhalin dam will change the life of the whole Far East
Reporterin Yandex News
Read Reporterin Google News
11 comments
Information
Dear reader, to leave comments on the publication, you must sign in.