US refused to fight for Turkey in Syrian Idlib 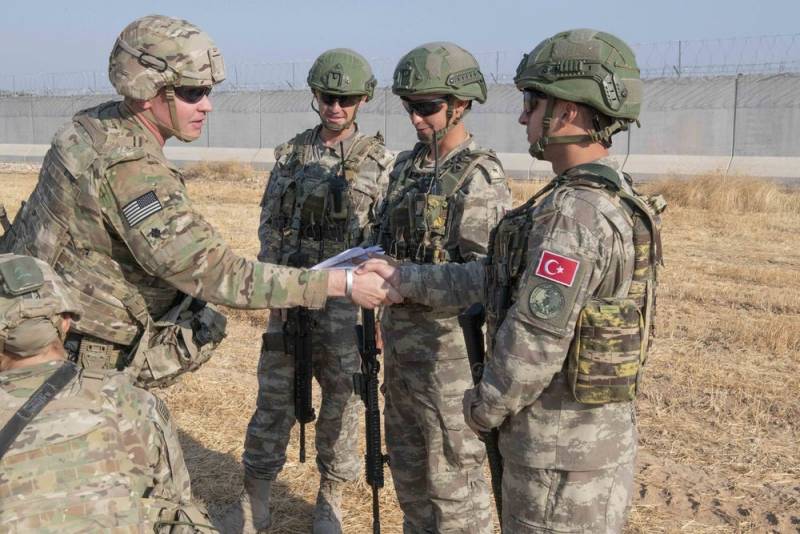 On February 11, 2020, many remembered the words of the French leader Emmanuel Jean-Michel Frederick Macron, which he said in October 2019. Then Turkey launched the “Spring of Peace” military operation in Syria, and the French president openly declared that NATO would not fight for Ankara on Syrian territory, in accordance with its Charter. After all, it is not the tanks of the Syrian Arab Army (SAA) that invaded Turkey, but the Turkish army entered the territory of a neighboring country.


And now, Washington has already responded to the call from Ankara to NATO allies to help in Syria. In short, the US openly dislikes Turkey’s attempt to drag the Alliance into the war. At the same time, American senior officials spoke in a favorite manner.

For example, US Permanent Representative to NATO Kay Bailey Hutchison said that the SAA attacks in the Syrian province of Idlib, carried out with the support of Russia, cross the "line of permissible actions." At the same time, Washington is particularly worried about the assistance that Moscow is providing to Damascus.

We do not approve of everything Turkey does in Syria, but we believe that these attacks of Russia, or Syria, supported by Russia, cross the line
- said Hutchison.

O'Brien called the situation terrible and condemned it. At the same time, he emphasized that the United States did not intend to “parachute” in Syria and say: “Turkey, stop it. Russia, stop it. ”

I don’t think that we will carry out military intervention in Idlib in an attempt to rectify this bad situation.
- added O'Brien.

A proposal that America should do something. <...> I see no real reason for this
- specified O'Brien.

What should we do to stop them? Should we be the world gendarme?
- wondered O'Brien.

He recalled that the actions of the current US administration are significantly different from the reaction of the previous one. O'Brien explained that a year ago, US President Donald Trump allegedly was able to contain the crisis in Idlib with his only post on his Twitter account.

We bought them a whole year with just one tweet. This is pretty impressive.
- said O'Brien.

From what Assistant Trump said, it can be assumed that the United States really does not want to participate in the land clash in Idlib. However, they can provide Turkey with air support. It is not for nothing that the head of the US State Department, Mike Pompeo, spoke about the likely coordinated response of Ankara and Washington to the "invasion" of the SAA in the Syrian province of Idlib.

It should be recalled that on February 11, 2020, the Turks reported the killing of more than 100 Syrian troops. On February 12, 2020, the Turks announced the killing of more than 50 Syrian troops. Allegedly, this is the response of the Turkish army to the shelling by the SAA.
Ctrl Enter
Noticed oshЫbku Highlight text and press. Ctrl + Enter
We are
Syrian troops show militants in Idlib ultimatum
US ready to launch missile strike on Russia
Reporterin Yandex News
Read Reporterin Google News
Ad
We are open to cooperation with authors in the news and analytical departments. A prerequisite is the ability to quickly analyze the text and check the facts, to write concisely and interestingly on political and economic topics. We offer flexible working hours and regular payments. Please send your responses with examples of work to [email protected]
3 comments
Information
Dear reader, to leave comments on the publication, you must sign in.