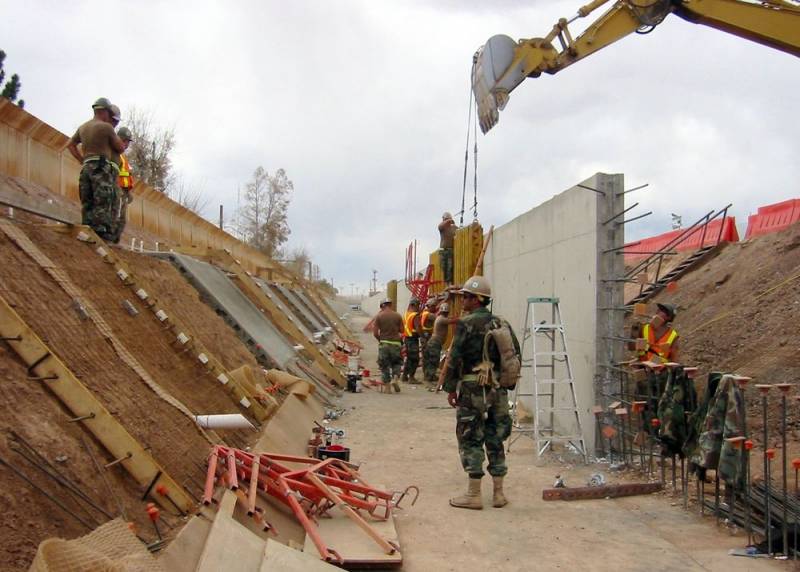 Recently, US President Donald Trump, reading out his annual appeal "On the Situation of the Country" to Congress, emphasized his achievements. One of them mentioned the construction of a wall on the US-Mexico border. And so, it turned out that for the construction of this wall the US authorities “controlled” the sacred graves of the Indians located in a national park in Arizona.


At the same time, despite the abundance of various international and public organizations, only the member of the US House of Representatives Raul Grichalva (member of the Advisory Board of the Progressive Democrats of America), whose reservation is located, was indignant at this flagrant arbitrariness. The rest simply pretended that nothing had happened. As if there is no hill Monument Hill, where the Papago Indians (Tohono o'odham) honorably buried the enemies killed in the battle (the enemies were mainly representatives of the Apache tribe). One can only imagine if this would happen in Russia.

I just returned from the border. This week, Trump blew up a sacred Native American hill on public land to build his racist wall
Grichalva wrote in his Twittet account.

A respected politician and well-known American public man is sounding the alarm that the face of the hill was completely changed by blasting. Under the threat of complete destruction are 22 historical monuments of archeology. Grichwald is most outraged that the American authorities not only did not consult with the Indians (who own this territory), but did not even warn them about their actions.

Moreover, the US Customs and Border Guard confirmed the start of wall construction in this national park. At the same time, what is involved in environmental, national-cultural and other federal bodies, as well as departments of the state of Arizona, is not known at all.

The construction contractor has begun controlled blasting, preparing to build a new border wall system at Roosevelt Reservation on Monument Mount. Controlled explosions will continue intermittently until the end of the month
- the department informed.

At the same time, Trump asked the US Congress for another $ 5 billion for a wall on the border with Mexico.
Ctrl Enter
Noticed oshЫbku Highlight text and press. Ctrl + Enter
We are
Trump's adviser flew to Moscow on a secret visit
Too strong: three days in Ukraine could not demolish the Monument of Glory to the Soviet Army
Reporterin Yandex News
Read Reporterin Google News
Ad
The publication is looking for authors in the news and analytical departments. Requirements for applicants: literacy, responsibility, efficiency, inexhaustible creative energy, experience in copywriting or journalism, the ability to quickly analyze text and check facts, write concisely and interestingly on political and economic topics. The work is paid. Contact: [email protected]
3 comments
Information
Dear reader, to leave comments on the publication, you must to register.
I have an account? Sign in