Despite the sanctions: Moscow promised to complete the "Nord Stream-2" 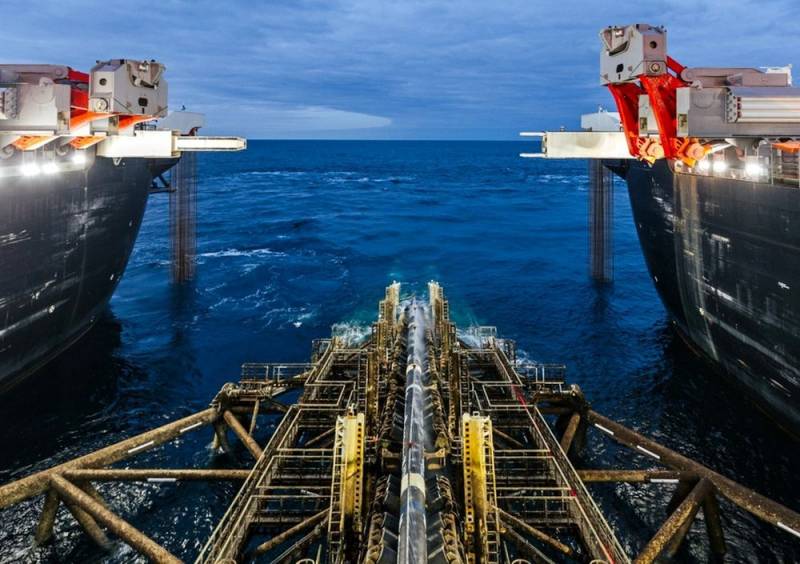 Recently сообщалосьas the final deadlines for launching the Nord Stream 2 gas pipeline were called in Berlin. And so, the deputy head of the Russian Foreign Ministry, Alexander Pankin, said that Moscow would successfully complete the specified gas transportation project, despite Washington’s sanctions.

We are confident that, despite the pressure exerted by the United States, the construction of the Nord Stream-2 gas pipeline will be successfully completed. Russian Foreign Ministry intends to contribute as much as possible to this
- said Pankin RIA News.

It must be recalled that before this, the Handelsblatt German pro-American daily business newspaper distributed informationthat Washington intends to introduce new sanctions against Nord Stream-2 if Moscow decides to complete it.

It should be added that the Akademik Chersky crane-assembly pipe-laying vessel (KMTUS) left the port of Nakhodka and headed for Singapore. This is evidenced by data from marine navigation resources. For example, Vesselfinder reports that the "Academician Chersky" left Nakhodka on February 9, 2020. Arrival in Singapore is expected February 22, 2020. By the way, the mentioned vessel belongs to Gazprom Fleet LLC - a 100% subsidiary of PJSC Gazprom.

It should be noted that as of January 1, 2020 this vessel was not ready for operation as a pipe layer, since it did not have the necessary welding and installation equipment. Retrofitting the ship was estimated at 873,5 million rubles. And now, now it is heading for Nord Stream-2.
Ctrl Enter
Noticed oshЫbku Highlight text and press. Ctrl + Enter
We are
US will impose new sanctions when Gazprom attempts to complete the Nord Stream-2
Russia has its own pipe layers: options for completing the Nord Stream 2
Reporterin Yandex News
Read Reporterin Google News
Ad
The publication is looking for authors in the news and analytical departments. Requirements for applicants: literacy, responsibility, efficiency, inexhaustible creative energy, experience in copywriting or journalism, the ability to quickly analyze text and check facts, write concisely and interestingly on political and economic topics. The work is paid. Contact: [email protected]
4 comments
Information
Dear reader, to leave comments on the publication, you must to register.
I have an account? Sign in