NATO's quick victorious war: is a blitzkrieg possible against Kaliningrad? 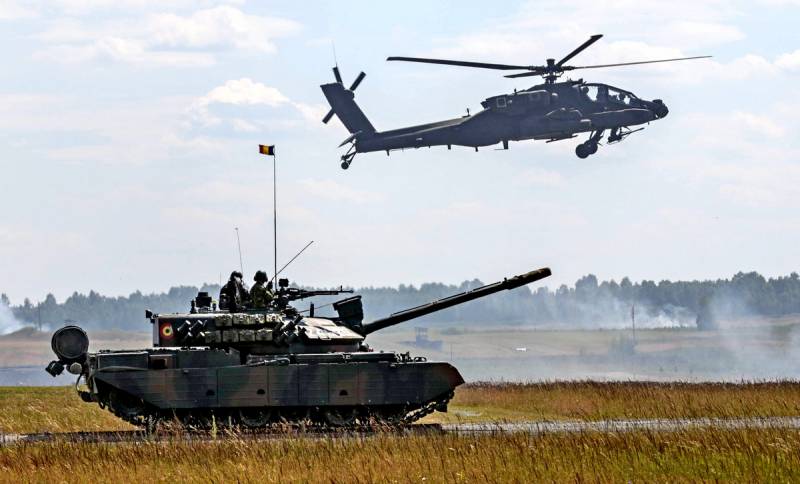 The likelihood of a conflict between Russia and NATO is constantly increasing. One can already name its location - the Kaliningrad region and the Baltic region as a whole. Also, with a high degree of certainty, we can assume the time when the desire to hold a blitzkrieg outweighs someone's common sense - 2024, plus or minus a year or two.


As the classic said, if a gun hangs on the wall in the first act, in the last it should shoot. How do both sides of the potential clash, Russia and NATO, build up their forces in the Baltic states?

What is NATO doing

The United States, a leading power in the North Atlantic Alliance, has actually returned to the strategy of operational deployment of its troops in Europe during the Cold War. The transfer of 20 thousand US troops to the 40 that already exist in the EU has begun, as part of the large-scale exercises Defender Europe 2020. Plus 7 thousand National Guard and 7 hundred reservists. In addition to the United States, soldiers from 18 European countries will take part in the maneuvers. A few days ago the first ship with the US military technique arrived in Belgian Antwerp.

Under these troops, the Pentagon is preparing additional warehouses with equipment and ammunition. Over the past six years, specialized military infrastructure facilities have been created in Europe in Poland, Germany, Belgium, Italy and the Netherlands. The US military plans to create an additional warehouse in Europe, as well as expand stockpiles in the Pacific, on islands near Taiwan and the Philippines, which is obviously directed against China.

For example, in Poland, in the territory of the Povidze air base, US engineering troops began the construction of a storage facility for military equipment sufficient to equip a tank brigade of ground forces. In addition to fuel and fuels and lubricants, 90 M1A2 Abrams tanks, 130 Bradley and 18 Paladin self-propelled guns will be placed there. All this will be located near Kaliningrad, and personnel from the United States can be quickly deployed by air. Such is the alternative to "Trump".

In addition, Poland also has another Pentagon military infrastructure: helicopter refueling points and arms, runways for drones, shooting ranges for tanks, storage facilities, field camps, and medical posts. This year, it is planned to introduce elements of the American missile defense system.

How is Russia preparing

The main goal of NATO, of course, is the Kaliningrad region, cut off from the rest of our country. Enclave protection is based on a powerful air umbrella and coast guard. S-400 systems of the 44th Air Defense Division with headquarters in Gvardeysk should protect the sky from the North Atlantic Alliance aviation. The Ball and Bastion complexes of the 25th Coastal Missile Regiment will have to sink NATO ships.

This is a serious force, but in the West it was estimated that it would last for about two weeks of fighting. This conclusion was reached by the authors of the report “How To Defend The Baltic States” of The Jamestown Foundation. After, in their opinion, the superior NATO countries will crush the Kaliningrad region. Today, its ground forces are represented by one motorized rifle brigade, one motorized rifle regiment, one missile brigade and one artillery brigade.

Indeed, against the accumulated armored fist, NATO is not very impressive. That is why this year, on the basis of the 11th army corps, a motorized rifle division will be deployed in Kaliningrad. The 11th separate tank regiment has already delivered 70 T-72B tanks.
Thus, an increase in the military potential of the enclave should allow it to last longer in the event of an attack. However, we are forced to mention a number of additional difficulties that the Russian Defense Ministry may face.

The defense of Kaliningrad is strategically tied to Belarus, from where it is supposed to cut through the Suvalki corridor. Also, on the territory of the former Belarusian military district, ammunition storage areas were preserved, which previously had everything for a full-fledged war: from cartridges to strategic missiles. Today, this 46th arsenal Bronnaya Gora serves the interests of the Ministry of Defense of the Republic of Belarus. Also in Novokolosovo the 25th arsenal of the Strategic Missile Forces was preserved, in Gomel - the 1868th artillery weapon base, and not far from Orsha - the 655th aviation depot of missile weapons and ammunition.

In theory, if necessary, the territory and military infrastructure of Belarus should be used by the Ministry of Defense of the Russian Federation to protect Kaliningrad. However, recent events have shown that a period of serious political discord begins between Moscow and Minsk. President Lukashenko, who demonstrates a reluctance to integrate within the Union State, was denied the day before the coveted discounts on the purchase of Russian oil.

It seems that Alexander Grigoryevich really really went too far, and they no longer intend to forgive him for this. If this is the case, then in the upcoming presidential election in Belarus, the Kremlin can rely on another candidate. Together, this will mean that a very black cat ran between Moscow and Minsk, which could negatively affect the military cooperation between the two countries. If you add the so-called “problem-2024” to this, a window of opportunity is emerging that NATO might want to use to resolve the Kaliningrad issue.

As for the argument regarding the nuclear arsenal, the infamous Zbigniew Brzezinski spoke quite cynically at the time:

Russia may have any number of nuclear suitcases and nuclear buttons, but since 500 billion dollars of the Russian elite are in our banks, you still figure it out: is it your elite or already ours? I do not see a single situation in which Russia will use its nuclear potential.

This is his opinion. Time will tell who the truth was.
Ctrl Enter
Noticed oshЫbku Highlight text and press. Ctrl + Enter
We are
Putin's departure: how to prevent the collapse of Russia's foreign policy
Ten "defeats" of Putin
Reporterin Yandex News
Read Reporterin Google News
41 comment
Information
Dear reader, to leave comments on the publication, you must sign in.