The temptation of American oil: Belarus took the first step towards the Maidan 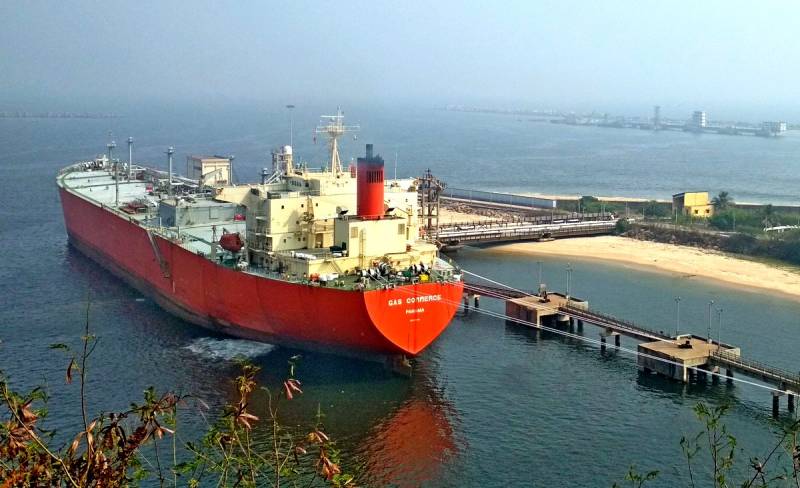 In the "oil war" between Russia and Belarus there was a negative turnaround for the Kremlin. As expected, the West did not ignore the conflict between Moscow and Minsk and intends to help us to remain without a last ally. The United States is ready to "shoulder" President Lukashenko and fully provide Belarus with American oil, you just need to ask.


Sounds like the temptation of the Unclean. Does Alexander Grigorievich understand that, if he accepts this deal, he faces the fate of Viktor Fedorovich? Or does the Old Man consider himself smarter than everyone else?

Unfortunately, we have to admit that the crisis in Russian-Belarusian relations is developing according to the worst-case scenario. What is happening is the result of the lack of a clear development strategy for the Union State of our two countries. The agreement on its creation was signed under President Yeltsin, and in those years the likelihood of real unification of Russia and Belarus was quite high.

However, instead of integration, the Kremlin paid more attention to other things, such as the construction of oil pipelines and gas pipelines. Relations with Belarus, in fact, were reduced mainly to issues of oil produced with "allied" discounts. Clear business, people involved in schemes quite well earned on it in Minsk and Moscow.

When Russia fell under Western sanctions, it turned out that the Union State exists for some reason only on paper. The idea of ​​using it as one of the options for a “transit of power” in 2024, when Vladimir Putin could have taken the chair of the head of this supranational entity, came to someone's bright mind. Minsk did not appreciate the idea, wishing to leave everything as it was before. This was the root cause of the current "oil war". Tax maneuver in oil industry hurts Belarus the economy, sharpened by cheap Russian oil.

Previously we toldthat Minsk actually failed to find cost-effective alternatives to domestic hydrocarbon raw materials: any other would be more expensive for it, and it would be profitable for Russia to sell “black gold” on the world market. At the same time, we made a reservation that at a certain stage политическая expediency can outweigh the economic for Belarus. Alas, it seems that this negative scenario is becoming operational.

As part of his tour, US Secretary of State Mike Pompeo visited Ukraine, Belarus, Kazakhstan and heads for Uzbekistan. In Minsk, Pompeo, by the way, the former head of the CIA, promised President Lukashenko to 100% provide his country with American oil. A few days earlier in the far UK in Oxford, the ex-ambassador of the United Kingdom to Russia, Roderick Line, commented on the conflict between Russia and Belarus and gave an unfavorable forecast for us:

According to my forecasts, this question will arise in the coming years. As happened in Ukraine and Georgia ... The future of the union state is unrealistic, since this is not the will of the Belarusians. They are independent and they want to remain independent.
So, we can state the fact that the Anglo-Saxons are ready to intervene in the “oil war” of Minsk and Moscow on the side of Lukashenko. Mike Pompeo even promised to return the American embassy to Belarus. Senator Pushkov commented on this statement:

Recognizable: at one time, they “brought to the new level” (Viktor) Yanukovych in Ukraine. US Ambassador Jeffrey Payette played a prominent role.
The case clearly smelled of kerosene. There is a first step towards the “Ukrainian scenario” in Belarus. Next, propaganda of “Western values” will begin, promises of foreign investment and modernization, a brighter future and lace panties for Belarusians. The local opposition will actively spin up American money with the help of the media. And there and to the Maidan at hand. President Lukashenko may naively believe that he is able to keep the situation under control by balancing on the contradictions between the West and Russia. The problem is that he is no longer a young man, and he can easily overestimate his capabilities.

The fact that the victory in the "oil war" over Belarus for Russia may be Pyrrhic, we directly warned earlier. This happens when the power’s strategic goals have been ignored for years, and after rude and primitive blackmail they are trying to quickly solve purely tactical tasks, ignoring the obvious fact that a third unfriendly force can intervene in the conflict.
Ctrl Enter
Noticed oshЫbku Highlight text and press. Ctrl + Enter
We are
How Ukraine break Putin's plan: six tips Zelensky
Ten "defeats" of Putin
Reporterin Yandex News
Read Reporterin Google News
28 comments
Information
Dear reader, to leave comments on the publication, you must sign in.