The main goal of the amendments to the Constitution: what Putin is preparing for the people of Russia 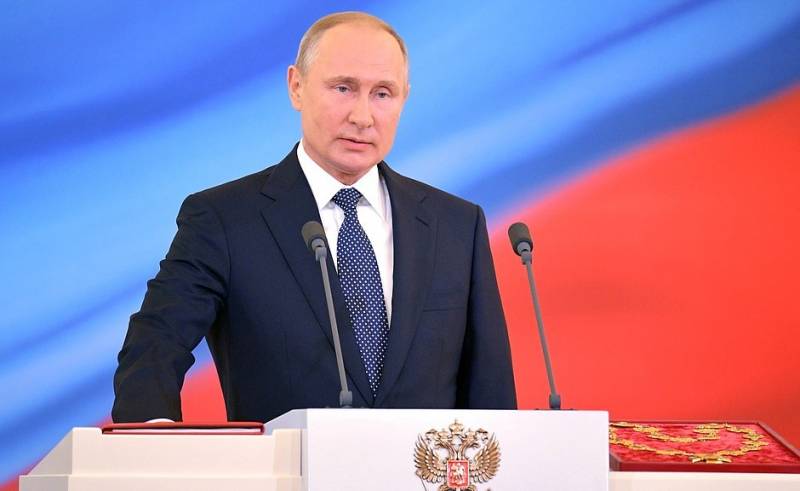 On January 15, Vladimir Putin proposed making a number of important changes to the Basic Law of the Russian Federation, as well as starting a fight against poverty. Just five days later, the president introduced a bill on constitutional amendments to the Lower House of Parliament. What will change in our country after their adoption?


Today, they criticize the 1993 “Yeltsin” Constitution, which, on the one hand, made the president the sovereign master of the country, and, on the other hand, determined the further path of its transformation into the raw material semi-colony of the West and now the East. Among the fundamental points, for example, we can single out a direct ban on establishing ideology as a state.

It is quite obvious that this was done deliberately against communist ideology and possible leftist revenge. Our current Constitution is the result of what is sometimes called the "Yeltsin coup of 1993." In his pursuit, Boris Nikolayevich did not hesitate to use troops and tanks against the House of Soviets, as a result of which there were numerous casualties among the civilian population.

The basic law of the Russian Federation actually turned Russia into a "super-presidential republic": the head of state had even more powers than Emperor Nicholas II. Unless the right was provided for to transfer power by inheritance to their children. However, the slurred language that one should not become president more than two times in a row was interpreted in such a way that it is still possible, but not in a row.

The result was the so-called “castling” of Medvedev and Putin, followed by his re-election for the next two terms. In domestic jurisprudence there are such concepts as “letter of the law” and “spirit of the law”. If everything is clear with the former, the latter, which is more comprehensive in meaning, means the true goals of the dry norms of law, ethical, moral and moral norms embedded in them. The “castling” did not violate a single “letter of the law”, but the question remains open regarding the “spirit of the law”.

In 2024, the next term of office of President Putin expires. By law, the head of state must leave, giving way to another legally elected president. The event is quite ordinary, has happened more than once. However, in the media he was for some reason called the “problem”, the problem of “transit of power-2024”, to be more precise. Once again, in fact, there is no problem, such is the desire of certain power circles to make Vladimir Vladimirovich remain as “helmsman at the helm” further.

From the events that followed the Address to the Federal Assembly, it became clear that, most likely, Vladimir Putin intends, after his resignation in 2024, to head the State Council. Today it is just an advisory body under the president, created in 2000. He is in charge of political questions, but he does not have any powers of authority, since he is not a state body.

The key point in the amendments proposed by Putin to the Basic Law can be considered the endowment of the State Council with constitutional status. Strictly speaking, this is all that is known so far. The adoption of the amendments requires the expression of the will of the people. It is not serious to speak about a full-fledged referendum, most likely, a certain population survey will be conducted. As soon as this is done, and the people give the go-ahead, a new branch of government will appear in our country, probably the control and supervision of all three traditional ones - the legislative, executive and judicial, and even the head of state, the president.

What will be the real powers of the Council of State is now very difficult to judge. All these issues of endowing them with the State Council and their further expansion can be quickly addressed by federal laws through the State Duma and the Federation Council. It is still not clear how and before whom the State Council itself will be responsible for its activities.

It is difficult to judge how effective the operation of such a system, which is redrawn for one particular person, will be. But it is possible that in the long run this could lead to a tug of the blanket between the State Council and inside the unbalanced power triad. Time will tell if this venture was good.
Ctrl Enter
Noticed oshЫbku Highlight text and press. Ctrl + Enter
We are
Ukraine from the inside: traitors, curators and those who watch from the Kremlin
Ten "defeats" of Putin
Reporterin Yandex News
Read Reporterin Google News
Ad
The publication is looking for authors in the news and analytical departments. Requirements for applicants: literacy, responsibility, efficiency, inexhaustible creative energy, experience in copywriting or journalism, the ability to quickly analyze text and check facts, write concisely and interestingly on political and economic topics. The work is paid. Contact: [email protected]
34 comments
Information
Dear reader, to leave comments on the publication, you must to register.
I have an account? Sign in