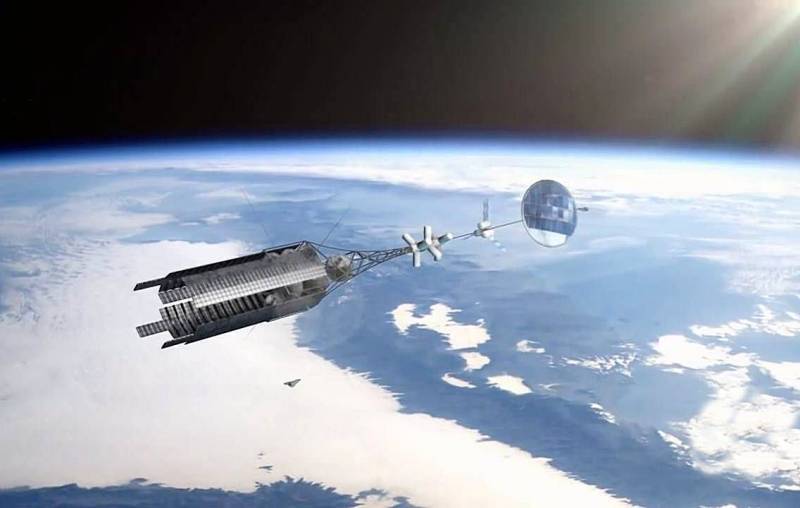 At the end of the decade, Roskosmos can implement one of its most ambitious projects. In 2030, it is planned to conduct flight tests of a promising spacecraft with a megawatt-class nuclear power plant. This is stated in the presentation of the first deputy director of the corporation, Yuri Ulichich, presented at the Korolev Readings conference in Moscow.


Recall that the development of the “space tug” started in 2010. In 2018, the appearance of the future device was presented. A test layout of the rotor magnetoplasmodynamic power plant is planned to be carried out this year.

It is worth noting that the project of the Russian transport and energy module has no analogues in the world. If successfully implemented, it will provide our country with a leading position in the space industry. A TEM operating in a nuclear power plant will become the basis for deep space exploration. In particular, the device will be able to be involved in the creation of future lunar bases.

Tests of the promising transport and energy module will be carried out at the Vostochny spaceport, where in the same 2030 it is planned to commission the corresponding technical complex. After successfully passing all the tests, the device will go into mass production.
Ctrl Enter
Noticed oshЫbku Highlight text and press. Ctrl + Enter
We are
Russia talked about testing a nuclear engine for flying to the moon
Russian nuclear engine will not leave a chance for Ilona Mask
Reporterin Yandex News
Read Reporterin Google News
Ad
The publication is looking for authors in the news and analytical departments. Requirements for applicants: literacy, responsibility, efficiency, inexhaustible creative energy, experience in copywriting or journalism, the ability to quickly analyze text and check facts, write concisely and interestingly on political and economic topics. The work is paid. Contact: [email protected]
8 comments
Information
Dear reader, to leave comments on the publication, you must to register.
I have an account? Sign in