Far Eastern bastion: will Russia have the strength to keep the Bering Sea? 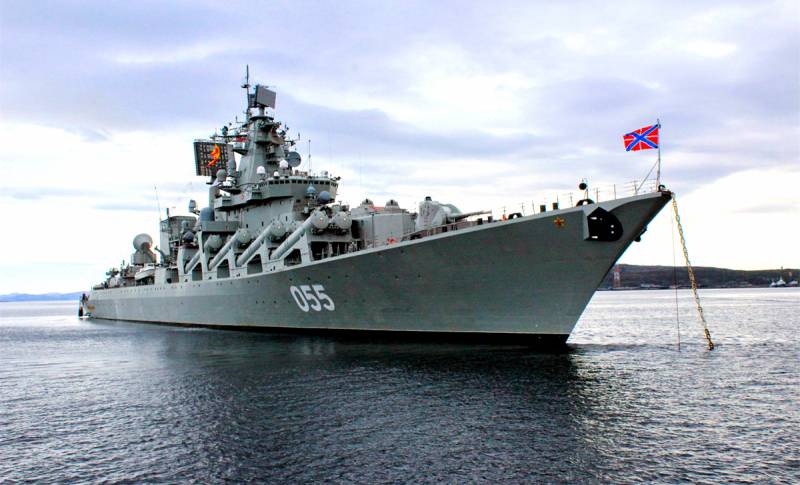 In the previous ARTICLES on this subject, we promised to clarify in more detail the question of how strong our country's position on the issue of rejecting the unfair “Shevarnadze-Baker agreement” can be considered. This, of course, is not about legal subtleties or diplomatic issues, but just about the case if the United States does not want to agree “in a good way” in any way. In other words, about the presence of real military power in Russia necessary to protect its interests in this region. Well, and, of course, about the fact that opponents from the USA will be able to oppose us, what kind of “arguments” can be expected from them. Well, let's try to figure it out.


First of all, it is worth at least suggesting how events can develop, let's call it that in its worst case. Suppose Russia officially declares its refusal to comply with the terms of a derogatory agreement for it, which, recall, has never been ratified by its parliament. The United States, of course, stands its ground - "a deal is a deal, nothing personal - only business!" As a result, star-striped fishing vessels continue to catch fish and crab in our, in essence, exceptional economic zone, but we are not allowed there. Thanks to Obama, the US does not produce oil in the Bering Sea now, however, Donald Trump makes regular attempts to cancel all environmental prohibitions on the development of minerals introduced by his predecessor. Drilling rigs of Americans can appear there, theoretically, at any time, since previously Washington had planned to lease out to those who are eager to extract energy of 2 billion hectares just in this water area. However, we were somewhat distracted. The most likely reason to start an open confrontation, in this case, may be an attempt by Russian fishing vessels to fish in areas that the United States considers its own. Or, on the contrary, the decisive actions of our border guards to oust American fishermen from our waters. In both cases, conflict is inevitable. But what will happen next?

They are already preparing

The United States is preparing for a naval confrontation with Russia and is doing this more and more actively. The most striking example is their revival of the 2nd fleet of the US Navy, whose commander, Vice Admiral Andrew Lewis, at the end of last year announced the achievement of the level of “full operational readiness” entrusted to him by the unit. However, just this fleet, which was disbanded in 2011 as unnecessary, the Pentagon returned from oblivion in order to fight “Russian expansion” in the Atlantic and Arctic oceans. In other words, to prevent the realization of our country's claims for a dominant role in all issues related to the Northern Sea Route. The Americans, you see, intend to “ensure the peaceful passage of ships” on it, and do not care about what Moscow thinks about it. Moreover, according to a statement made at one time by the Commander of the United States Navy in Europe and Africa, Admiral James Foggo, the United States undertakes to "guarantee the freedom of navigation of all nations, no matter what kind of sea basin it is talking about." There is no doubt that any attempt by our country to restore order in the Bering Sea will be followed by accusations of just an encroachment on this very precious “freedom”. And then we will have to deal not even with one, but immediately with three fleets that are part of the Indo-Pacific Naval Command of the United States: 3rd, 5th and 7th. From the 3rd - first of all. For the sake of saving space and time, I will not list all the forces and means of these more than impressive formations. I can only make a reservation that they have at their disposal enough attack carrier groups, nuclear submarines, and other, no less serious vessels.

In a word, both weapons to rattle them, and muscles to play, will be more than enough now ... Moreover, the Pentagon is actively developing new types of weapons intended, apparently, to be used at this particular theater of war. Judge for yourselves: while discussing the prospects of using the latest Naval Strike Missile (NSM) ground-based anti-ship missiles in the United States, as a possible scenario in which they “will be able to provide an undeniable advantage to American forces,” they consider the prospect of defense of an “archipelago of islands dotted with US forces and allies threatened by the Russian fleet. ” In fact, something like this can only be realized in the Pacific Ocean. The US Navy command expects the new missiles to "create a buffer zone that the Russians cannot overcome." As a result, the enemy "will be forced into the open sea at the sight of aircraft carrier groups and submarines." Another example: despite the fact that Washington has already practically recognized the incorrectness of the “bias” made in military construction towards creating too many expensive and vulnerable surface ships, including aircraft carriers, the striking power of “floating airfields” continues to develop . So, for 2021, it is planned to begin deliveries to the troops of the F / A-18 Super Hornet carrier-based fighter-bomber in the latest IRST Block II configuration. We are talking about military vehicles on which an infrared search and tracking module will be installed, which includes infrared and other sensory devices to search for a target and the high accuracy of its destruction.

The main hope is rockets

It cannot be said that the Pacific Fleet of the Russian Navy was not at all in a position to adequately withstand the American naval armades deployed in the theater of operations we are talking about. On the other hand, it’s impossible to call the forces more or less comparable. We know that we don’t have aircraft carriers at all, and the most dangerous opponents for the enemy are submarine missile carriers, capable of crushing not only its aircraft carrier strike groups, but, perhaps, the very notorious “decision centers” from which they will receive teams. But this is in the case of a full-scale war, if, God forbid, it happens. No, there are a missile cruiser, a destroyer, frigates and corvettes, small anti-submarine and missile ships as part of the Pacific Fleet ... With all this, today it remains, in fact, a coastal defense fleet, being able to form at most one attack group, which forces to stand in the way of enemy aircraft carrier groups. It should be remembered that in the event of any more or less serious aggravation of the situation and “threat” to its own “vital interests”, it is precisely the AHG that is used to demonstrate its own strength and determination. In the framework of the hypothetical scenario we are considering, in the Bering Sea, one to three such “teams for the promotion of democracy” may loom - four AUGs are included in the 3rd fleet alone. So, the alignment turns out to be unprofitable for us, and, therefore, should not even try to show character? Do not tell ...

The aircraft carriers, menacingly swinging on the waves in the open ocean, somehow do not really pull on a full-fledged deterrent. But to approach our shores closer, at least to the range of their own carrier-based aviation, it will be very fraught for them. You can argue as much as you like about the real combat potential of the ships of our Pacific Fleet, but the fact that coastal defense in the Far East direction will make any enemy think is not a doubt. If three years ago its renewal and sharp increase was only discussed, or, at best, was at the initial stage, today it is a fait accompli. In fact, the line on the question of whether Russia can defend its shores in this region was set by the Pacific Fleet’s Bastion coastal defense system launched last year, a volley of Onyx anti-ship cruise missiles, which some domestic military experts did not name less than historical. Indeed, given the size of the waters of the Bering Sea, supersonic missiles capable of easily smashing a target two hundred kilometers into chips are a very serious argument. In addition, in the process of the exercises mentioned above, launches of “Volcanoes”, “Granites” and other systems were also carried out. All these means of destroying enemy ships are quite sufficient to achieve full control, if not over the entire region, becoming controversial as a result of Russia's refusal of the “Shevardnadze-Baker agreement,” then, in any case, over most of it. And the Zircons and the warships capable of carrying them, which should join the Pacific Fleet in the coming years, are already approaching ...

As a matter of fact, we are not going to attack anyone, are we? We just want to return our own, restore justice and put in place some who have been asking for this for a long time. Most likely, decisive actions to terminate the enslaving agreement, even if they are undertaken, will not result in naval battles, but in international lawsuits and long-standing lawsuits. But if all the same ... Let’s better not try.
Ctrl Enter
Noticed oshЫbku Highlight text and press. Ctrl + Enter
We are
Ukraine from the inside: traitors, curators and those who watch from the Kremlin
Ten "defeats" of Putin
Reporterin Yandex News
Read Reporterin Google News
13 comments
Information
Dear reader, to leave comments on the publication, you must sign in.