15 May 2018
6
Kaliningrad traffic police officers noticed a car that was randomly moving from side to side. As you might guess, the driver was in a state of intoxication. This event would remain an ordinary traffic chronicle, if not for the driver's personality. It turned out to be the consul of the Republic of Lithuania in the city of Sovetsk, Kaliningrad Region, Bronius Makauskas. Next to him was the director of the Museum of the History of Sovetsk, Angelika Shpileva. 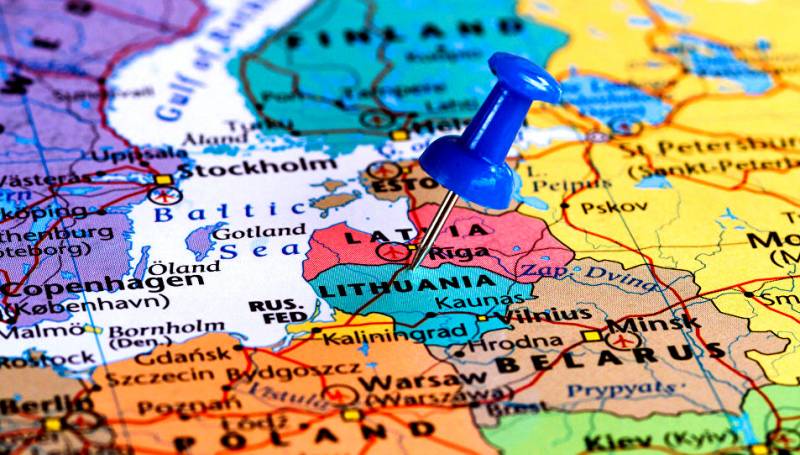 An international scandal erupted, and Moscow demanded that Lithuania replace the diplomat.

What did the consul in the Kaliningrad region

I think the Russian authorities were happy to get rid of this diplomat as soon as possible. And this is not only about alcohol and traffic violations. The reason was that the consul, in his spare time from performing immediate duties, was engaged in activities that did not contribute to the rapprochement of the Russian and Lithuanian peoples.

He actively promoted the idea that the Kaliningrad region is a primordially Lithuanian territory, which Russia owns illegally. This idea was actively introduced by the diplomat not only to Lithuanian citizens, but also to representatives of the local intelligentsia. In his speeches, he referred to Kaliningrad as “Karalyauchus”, which means “royal mountain” in Lithuanian. In German it sounds "Koenigsberg".

Even the great German philosopher Immanuel Kant, a native of Koenigsberg, in his version was an ethnic Lithuanian. In his homeland, Makauskas is known as the author of books describing the "exploits" of the Lithuanian "forest brothers", collaborators who collaborated during the war with the Germans, and after the war harmed the Soviet authorities and local residents.

About the non-diplomatic activity of a diplomat in his plot “Political rudeness and revanchism: what does the Lithuanian consul in the Kaliningrad Region do, ”said Evgenia Chirochkina, an employee of the Vesti-Kaliningrad television channel.

Makauskas was assisted in his activities by the aforementioned Angelika Shpilina. She has repeatedly organized exhibitions in the premises of her museum that are openly anti-Russian.

Although the Lithuanian Ministry of Foreign Affairs was requested to replace the consul, he still continues to work.

And this is quite strange, because he not only conducts subversive activities in relation to our country and spoils the already not too warm relations between Russia and Lithuania. It damages the national interests of the Republic of Lithuania. After all, it is completely not in her interests to engage in revisionism, when the debate over who should belong to the Lithuanian capital Vilnius, the former city of Vilna, is still not completed. Both Poles and Belarusians are claiming it, citing strong historical foundations.

And the fact that the modern Kaliningrad region in the Middle Ages was inhabited by one of the Lithuanian tribes cannot serve as a basis for claiming Kaliningrad, which once grew around the German knight's castle of Koenigsberg.

The Soviet Union received this territory from Germany as a result of World War II, which was recognized by the international community.

Can you imagine what will happen, for example, if Mongolia begins to claim the lands that it owned under Genghis Khan? Or will Spain begin to demand the return of Central and South America?
Ctrl Enter
Noticed oshЫbku Highlight text and press. Ctrl + Enter
We are
NATO - Russia: Changing Kaliningrad to Crimea
Kaliningrad blushed sharply on NATO maps
Reporterin Yandex News
Read Reporterin Google News
Ad
We are open to cooperation with authors in the news and analytical departments. A prerequisite is the ability to quickly analyze the text and check the facts, to write concisely and interestingly on political and economic topics. We offer flexible working hours and regular payments. Please send your responses with examples of work to [email protected]
6 comments
Information
Dear reader, to leave comments on the publication, you must sign in.