“Battle for the ports”: Poland and Lithuania began economic strangulation of Kaliningrad 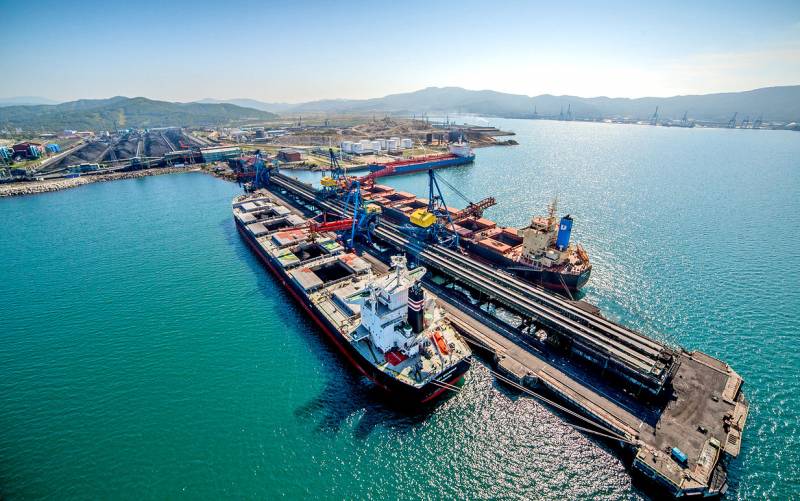 After Moscow decided to reorient exports from the Baltic countries to its own ports, great hopes were pinned on the Kaliningrad region. This western region of ours can be not only a military outpost, but also a trading gate. However, instead of growth, the cargo turnover of the Kaliningrad port shows a serious drop.

In practice, we see the process of economic strangulation of the Russian exclave, sandwiched between Lithuania and Poland. Moreover, not only unfriendly neighbors put their hand to this, but also “union” Belarus, as well as our own corrupt officials.

As you know, after the collapse of the USSR, Kaliningrad was cut off from the "mainland" by the territory of Belarus and Lithuania. You have to pay for the transportation of goods by rail through these countries. Carrier companies from Kaliningrad previously received compensation from the federal budget for each wagon. But in 2018, the “attraction of unprecedented generosity” stopped. At the same time, Minsk raised rail transit tariffs by 10%. Vilnius did exactly the same thing, increasing the tariffs for grain transportation by 15%, and for coal - twice.

Because of this, export through Kaliningrad has become less profitable. At the same time, products manufactured in the Kaliningrad region itself, which are highly industrialized, have become uncompetitive in “Greater Russia”. There is a clear economic strangulation of the territorial exclave. Analysts point out that the problem could be solved, take the Russian Railways to take all the functions of the transport expedition, setting a single tariff. Losses of state corporations should be compensated already from the budget.

The authorities tried to solve the problem of increased transit through the ferry line from the port of Ust-Luga to Baltiysk. However, his work is ineffective: there are only two old ships on the line, and it is regularly suspended for a long time. Experts say that it would be more rational to organize regular container ship flights to Kaliningrad from St. Petersburg, which would be faster and cheaper for customers.

Kaliningrad has a lot of competitive advantages: it is conveniently located, the cost of bunker fuel in it is very attractive. Many European merchant and passenger ships could call at Russian ports. However, the realization of this potential runs into our corrupt realities.

So, in the city of Pionersky, Kaliningrad Oblast, a port for servicing cruise liners was to be built. More than a thousand ships of this class pass through the Baltic Sea annually, carrying from 20 to 30 million passengers. Less than 1% of them come to us. According to the investigation, over 1,6 billion rubles were stolen during the construction of a specialized port. The deadlines are broken, the facility is built on a quarter.

Now in Yantarny another “megaproject” is planned - the construction of a deep-sea port with a capacity of 50 million tons per year. The idea is good, but the question arises how much it will be built, and what it will cost the treasury. At the same time, the work of the port in Gdansk is actively being promoted in neighboring Poland. Its commercial performance in recent years has set record after record.

In general, economically, the Kaliningrad region is gradually starting to turn into a “depressive region”. And you can’t blame NATO "ill-wishers" alone here. The long-term effects of these processes can be very serious.
Ctrl Enter
Noticed oshЫbku Highlight text and press. Ctrl + Enter
We are
Peace enforcement operation. Russia inflicts a preemptive strike on Kiev
Three years left: Ukraine will be sold in parts
Reporterin Yandex News
Read Reporterin Google News
18 comments
Information
Dear reader, to leave comments on the publication, you must sign in.