Ukraine gives its railways to Germany 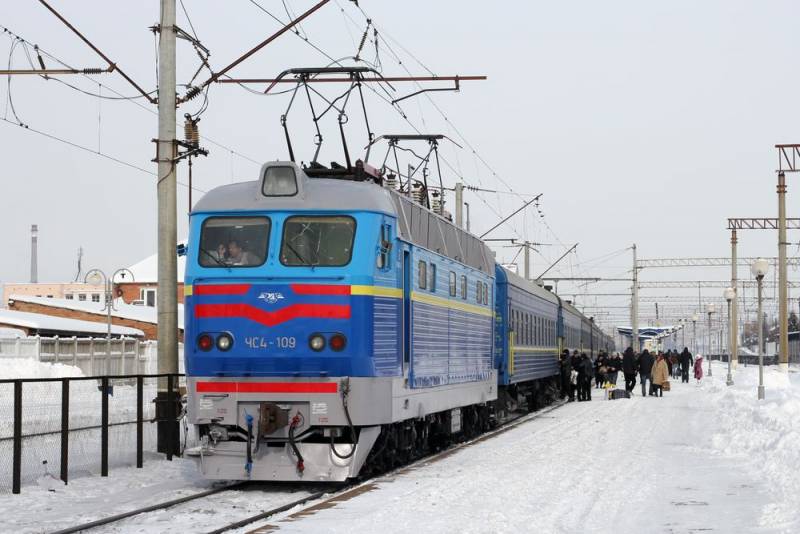 On January 23, 2020, the former Swedish Prime Minister Karl Bild, during the “Ukrainian Breakfast”, on the “panel” of the oligarch Viktor Pinchuk in Davos (Switzerland), asked the head of the Ukrainian government Alexey Goncharuk to share plans for the coming five-year period. Goncharuk replied that the next five-year period economy Ukraine should become even more “energy efficient” and cease to “depend on one country, whatever it may be.” In addition, he said that Kiev plans to transfer Ukrzaliznytsia to German administration for 10 years.

I would not like to open all the cards about what we plan now. I can only say that we and our colleagues from Naftogaz are discussing a lot about this and every opportunity that seems realistic to us will be used by us
- said Goncharuk.

The strategic direction for the next five years for our country is to become stronger from the inside, it to become more effective. Including in terms of energy. We consume too much in the sense that we spend too much. The level of losses in some cities reaches more than 50%. This means that we heat the cosmos.
- added Goncharuk.


It should be recalled that before this, the Ministry of Infrastructure of Ukraine signed a memorandum of understanding with the German railway operator Deutsche Bahn. According to Goncharuk, this is an alliance that became a “logical continuation” of the Ukrzaliznytsya restructuring plan, announced by President of Ukraine Vladimir Zelensky in September 2019.
Ctrl Enter
Noticed oshЫbku Highlight text and press. Ctrl + Enter
We are
Zelensky wants to make Ukraine the leader of Europe, in Russia appreciated the chances
The future Prime Minister of Ukraine from Zelensky became known
Reporterin Yandex News
Read Reporterin Google News
7 comments
Information
Dear reader, to leave comments on the publication, you must sign in.