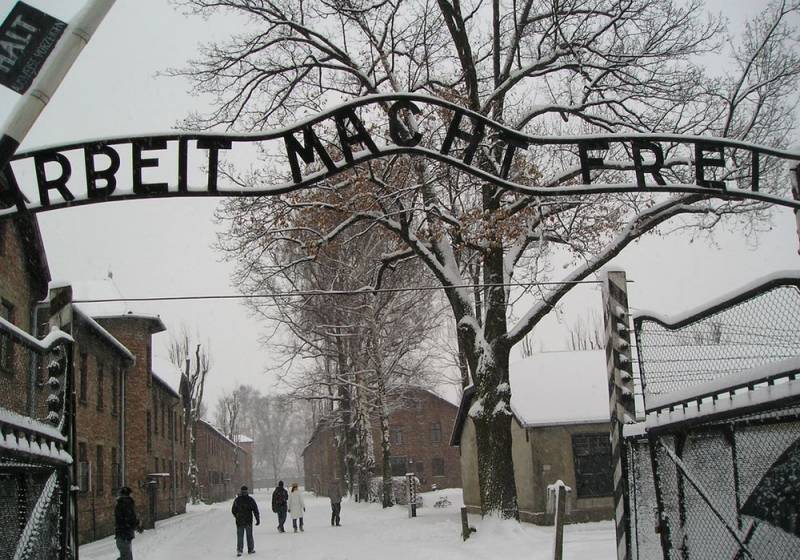 Polish "patriots" continue to ride on the bones of the people killed in Auschwitz. On January 22, 2020, it became known that the Auschwitz-Birkenau State Museum (Poland) refused to host a joint exhibition (exhibition) of the Victory Museum and the Holocaust Center, dedicated to the 75th anniversary of the liberation of Auschwitz.


This was told RIA News representative of the Holocaust Center Leonid Terushkin. He clarified that the Polish side had claims and she “politely refused”. For example, the Poles were not satisfied with the estimates of the number of victims, as well as the marked borders of Poland at that time. He added that negotiations are underway to host the indicated temporary exhibition at the World War II Museum in Gdansk (Poland).

A joint exhibition of the Victory Museum and the Holocaust Center was planned this year. This is a temporary exhibition to be exhibited in Warsaw. But I wanted to make a discovery of it as part of the days of remembrance in Auschwitz. A polite refusal was received, which was explained by the lack of time to coordinate the materials. Another pretext was that the materials presented duplicate the exhibits of the main exposition
- explained the representative of the Victory Museum Anastasia Kretova.

Kretova noted that the Russian part of the Auschwitz-Birkenau museum exposition has not been replenished since 2013. Therefore, they wanted to modify the exposure using new of technologies.

By the way, according to expert Yuri Borisenko (associate professor of the Department of History of the Southern and Western Slavs of the History Department of Moscow State University), expressed on the radio Sputnik, the joint exposition has become hostage to the rhetoric that the Polish authorities are actively voicing.

We remind you that the concentration camp (death camp) Auschwitz (Auschwitz) was liberated by the troops of the Soviet Army on January 27, 1945. It killed 1,4 million people, of which about 1 million were Jews.
Ctrl Enter
Noticed oshЫbku Highlight text and press. Ctrl + Enter
We are
Polish media: C-400 will not be able to hit our planes due to the curvature of the Earth
Polish President: Unlike the Russians, the Poles are fighting to the end
Reporterin Yandex News
Read Reporterin Google News
Ad
We are open to cooperation with authors in the news and analytical departments. A prerequisite is the ability to quickly analyze the text and check the facts, to write concisely and interestingly on political and economic topics. We offer flexible working hours and regular payments. Please send your responses with examples of work to [email protected]
Information
Dear reader, to leave comments on the publication, you must sign in.