Channel "Istanbul": in a few years, the Russian Federation will lose an advantage in the Black Sea 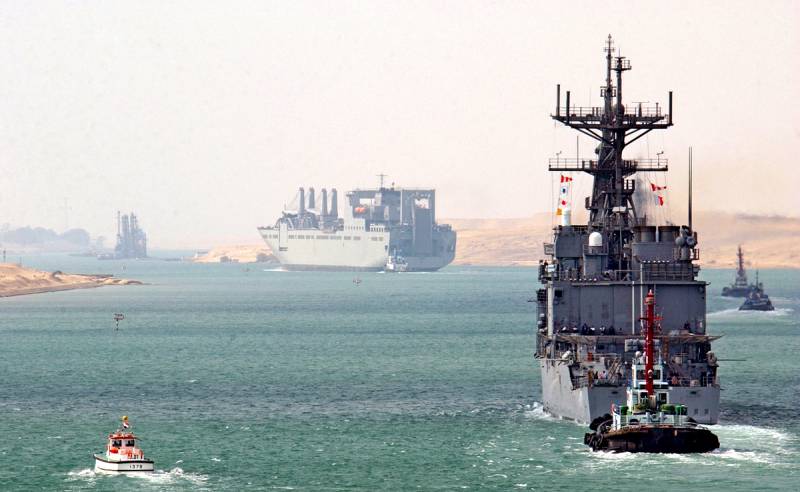 Another “friendly greetings” flew to Moscow from Ankara. In just five years, the US Sixth Fleet will be able to land in the Black Sea on an ongoing basis, taking the Russian Navy base in Sevastopol and the entire south of Russia at the sight of the Tomahawks. All this will become possible due to the decision of President Erdogan to dig the Istanbul channel bypassing the Montreux Convention.


At the end of last month, we detail toldthat this alternative navigable artery to the Bosphorus is still destined to be, despite the expressed doubts that Turkey will master it for the money. The cost of the project is estimated with a wide spread from 10 to 20 billion dollars. However, the canal will be built: its route has been approved, and the tender for its construction is very symbolically scheduled for February 26, that is, the birthday of President Recep Erdogan himself.

The channel will connect the Sea of ​​Marmara with the Black Sea, bypassing the Bosphorus. Its width will be 150 meters, depth - 25. It is estimated that in a year it will be able to pass up to 85 thousand vessels. This in itself is wonderful, the Turkish straits are heavily congested. There have been repeated cases of collisions of ships, oil spills. If, rather, when this stream of ships moves along Istanbul, the Bosphorus will be unloaded. The ecological situation on it will improve dramatically, active commercial development of the coast will begin, artificial islands will be poured from the soil excavated during the laying of the canal. Pleasure yachts will begin to walk along the channel, the tourism industry in Turkey will receive an additional incentive for development.

So why is this remarkable infrastructure project arousing enthusiasm for everyone except Russia?

Unfortunately, the Istanbul channel has another dimension, the military one. As you know, the status of the Turkish Straits is regulated by the Montreux Convention. According to it, the time and tonnage of ships of non-Black Sea countries, which include the United States and its most serious NATO allies, are very limited. They can stay in the Black Sea for only 21 days, after which rotation is required. After the transition of Crimea to the Russian Federation, the balance of power at sea in the region changed in favor of Moscow. Apparently, "Istanbul" is called upon to radically solve this problem of "hegemon", and Turkey - to earn political points.

The appearance in just five years of an alternative to the Bosphorus, which is not provided for by the Montreux Convention, will allow Ankara to raise the issue of its cancellation or revision in view of the changed situation. Knowing how such issues are resolved, there is little doubt that the decisions will be made in favor of the West to the detriment of Russia's interests. In order not to be unfounded, we quote the Turkish edition of Hurriyet:

Channel "Istanbul" will de facto become the US move in an attempt to settle in the Black Sea. The channel will allow you to bypass the Montreux Convention, which restricts the passage of American ships through the Dardanelles and the Bosphorus, and does not allow them to be in the Black Sea for more than 21 days.
Everything lies on the surface, not particularly hiding. Already in 2025, the Sixth fleet of the United States, reinforced by the allies, will be able to stand on a permanent basis on the Black Sea, for example, in Bulgaria or Odessa after reconstruction of its port. And these are hundreds and hundreds of cruise missiles and anti-missiles, which will radically turn the alignment of forces in the Russian south, threatening the crushing blow to Crimea.
Ctrl Enter
Noticed oshЫbku Highlight text and press. Ctrl + Enter
We are
Ukraine from the inside: traitors, curators and those who watch from the Kremlin
Ten "defeats" of Putin
Reporterin Yandex News
Read Reporterin Google News
35 comments
Information
Dear reader, to leave comments on the publication, you must sign in.