US explains unwillingness to extend START-3 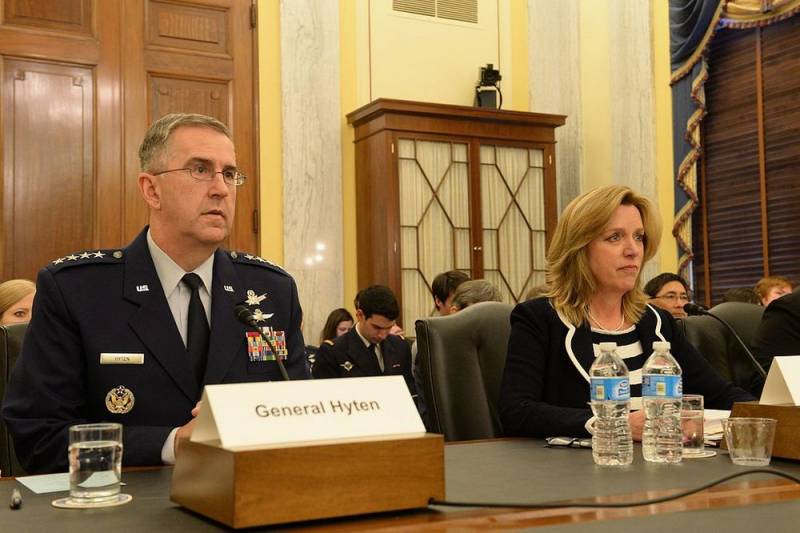 The Pentagon voiced its claims to the existing Treaty on Measures to Further Reduce and Limit Strategic Offensive Arms.


Speaking at the Center for Strategic and International Studies (CSIS) on Friday, General John Haiten, deputy chairman of the US Joint Chiefs of Staff, said that the extension of the current treaty is impossible without including China and taking into account all Russian nuclear weapons.

The general noted that the military department and the White House recognize the importance of this treaty and condemn the possibility of its extension after 2021.

However, according to Heiten, there are a number of fundamental points for the United States that need to be resolved in order for Washington to agree to an extension of the treaty:

Nuclear weapons are no longer a bilateral issue, it is a multilateral issue. China is developing weapons faster than anyone in the world. Therefore, it is necessary to discuss with China what we will do. Well, if we start sooner rather than later.
The second point that needs to be addressed is that a number of Russian systems go beyond the START framework:

This is not only cruise missiles, torpedoes and more. These are the thousands of low-power nuclear weapons that were deployed and do not fall under the START Treaty. We must be sure that when we sit at the negotiating table with Russia, we will talk about all nuclear weapons.
In conclusion, it is worth recalling that earlier Donald Trump announced the readiness of the United States to conclude a new arms control agreement with Russia, China and, possibly, several other countries.
Ctrl Enter
Noticed oshЫbku Highlight text and press. Ctrl + Enter
We are
New nuclear arms race: US prepares START-3 termination
Russia has warned the United States of its possible refusal to renew the START / START-3
Reporterin Yandex News
Read Reporterin Google News
4 comments
Information
Dear reader, to leave comments on the publication, you must sign in.