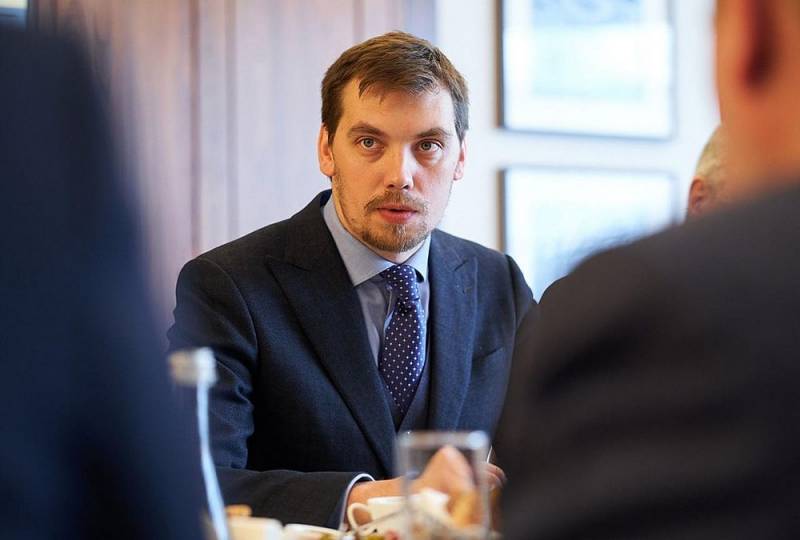 A long tongue can bring anywhere: both to Kiev and to the zugunder. He brought the Ukrainian Prime Minister Goncharuk to a scandal, which could end with his resignation.


As the RIA News" Prime Minister of Ukraine Aleksey Goncharuk said that he wrote a letter of resignation and handed it to the president with the right to enter the parliament.

The reason for the scandal was the released audio recording, in which Goncharuk with representatives of the economic bloc in the Cabinet of Ministers discusses how to trick Zelensky at a meeting on economic policy.

At the same time, during the discussion, Goncharuk, in addition to recognizing his own incompetence, speaks dismissively of the competence of Zelensky himself.

Some of Goncharuk’s expressions recorded on the film have already become memes in Ukraine:

Piglets came - the economy is growing two and down. And you won’t prove anything to anyone.

And here is a quote, after which it becomes clear that the circles associated with Soros in Ukraine relied on outright degenerates:

I am a complete layman in economics - I am a lawyer by education. But what do I understand? There are two economic theories - monetarism and Keynesian. Very simple things. You are on the path to cheapening resources. And you go along the path of printing money and how to develop the economy.

In conclusion, it is worth noting that Goncharuk is likely to resign, and the whole intrigue lies in who will take his place: at present, there are not so many people wishing to take responsibility for the collapsing economy of Ukraine.

Ctrl Enter
Noticed oshЫbku Highlight text and press. Ctrl + Enter
We are
The future Prime Minister of Ukraine from Zelensky became known
"For him to lie - how to breathe": Avakov harshly valued Poroshenko's activities
Reporterin Yandex News
Read Reporterin Google News
Ad
The publication is looking for authors in the news and analytical departments. Requirements for applicants: literacy, responsibility, efficiency, inexhaustible creative energy, experience in copywriting or journalism, the ability to quickly analyze text and check facts, write concisely and interestingly on political and economic topics. The work is paid. Contact: [email protected]
Information
Dear reader, to leave comments on the publication, you must to register.
I have an account? Sign in