The resignation of the Government: Putin offered Medvedev another position 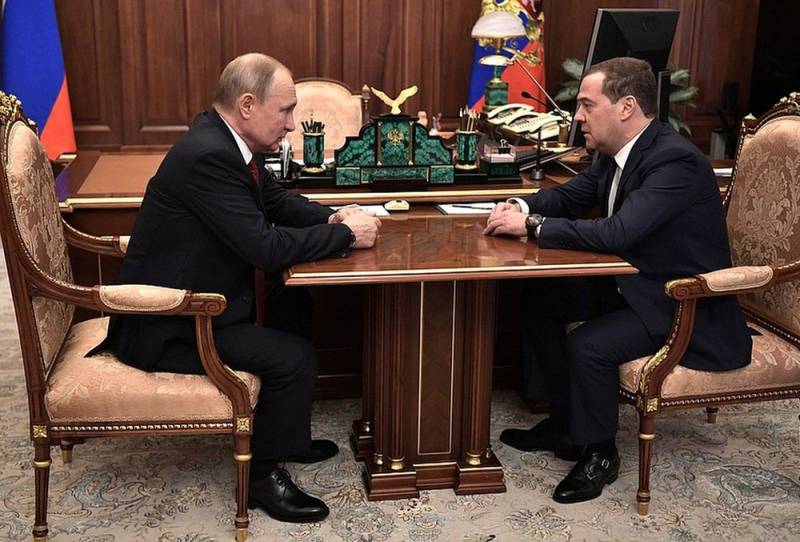 On January 15, 2020, Russian leader Vladimir Putin announced his intention to introduce the post of deputy chairman of the Security Council of the Russian Federation (an advisory (consultative) body under the head of state). At the same time, he promised to offer this position to Dmitry Medvedev, who had previously announced the resignation of the government.


It must be recalled that Medvedev сообщил that the government needs to resign as a whole, immediately after Putin’s address to the Federal Assembly.

It should be added that shortly before this in the Western media have been named the name of a possible successor to Putin. It was said that Russia will turn into a parliamentary republic, where the role of the Security Council will be strong, which, over time, will be headed by Putin himself. How much this will be confirmed, we will find out in the near future.

Ctrl Enter
Noticed oshЫbku Highlight text and press. Ctrl + Enter
We are
Putin proposed amendments to the Russian Constitution
Medvedev called the only condition of the agreement with Ukraine on gas
Reporterin Yandex News
Read Reporterin Google News
4 comments
Information
Dear reader, to leave comments on the publication, you must sign in.