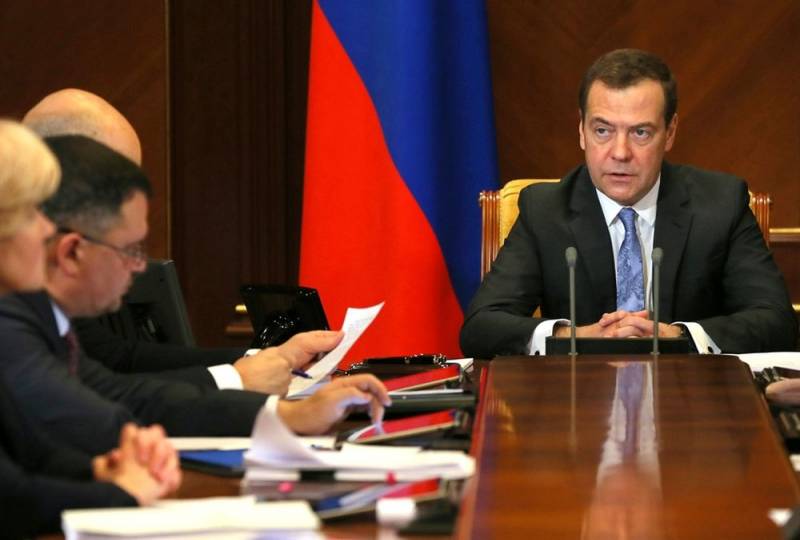 On January 15, 2020, Russian Prime Minister Dmitry Medvedev said that against the backdrop of the proposals made by the Russian leader Vladimir Putin to the Federal Assembly to amend the country's constitution, the government must resign in full force. This was stated by Medvedev during a meeting between Russian President Vladimir Putin and the government.

These changes, when they are adopted, in all likelihood, and this will be done after discussion, as was said, they will make significant changes not only to a number of articles of the constitution, but also to the balance of power, executive power, legislative power, judicial authority. In this context, it is obvious that we, as the government of the Russian Federation, should provide the president of our country with the opportunity to make all necessary decisions, and in these conditions, I believe that it was right, in accordance with Article 117 of the Constitution of the Russian Federation, the government of the Russian Federation in its current composition filed resign
- said Medvedev.

It should be noted that the head of state thanked the members of the government for their joint work. However, he admitted that "not everything worked out."

Ctrl Enter
Noticed oshЫbku Highlight text and press. Ctrl + Enter
We are
Putin proposed amendments to the Russian Constitution
New taxes and more expensive parcels: what awaits Russians in 2020
Reporterin Yandex News
Read Reporterin Google News
Ad
The publication is looking for authors in the news and analytical departments. Requirements for applicants: literacy, responsibility, efficiency, inexhaustible creative energy, experience in copywriting or journalism, the ability to quickly analyze text and check facts, write concisely and interestingly on political and economic topics. The work is paid. Contact: [email protected]
3 comments
Information
Dear reader, to leave comments on the publication, you must to register.
I have an account? Sign in