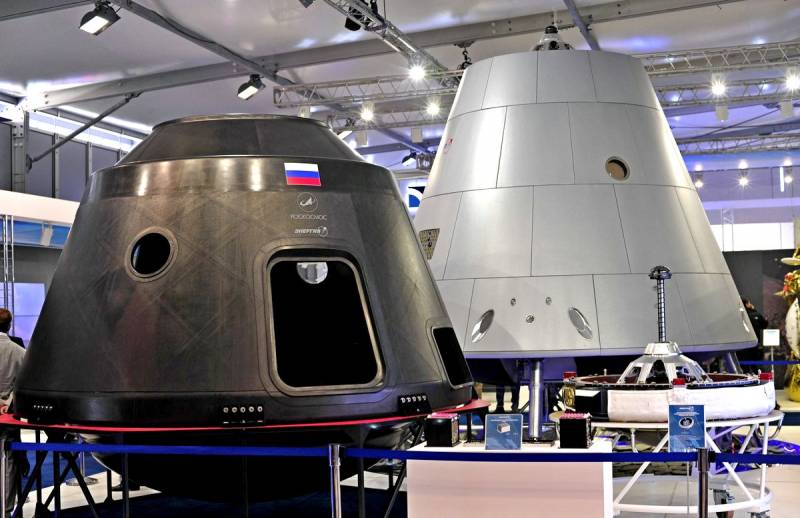 It is planned to spend more than eight billion rubles on the production of a serial copy of the promising new-generation domestic ship Orel. This information was published by the agency the day before. RIA News with reference to the state procurement site.


It is reported that in 2021, the Roskosmos Corporation plans to order RSC Energia to create a second copy of the manned spacecraft. The amount of the contract will amount to 8,1 billion rubles.

It is worth noting that the first "Eagle" is a full-size prototype for testing using the Angara A-5 heavy rocket in 2023 and the Yenisei superheavy launch vehicle in 2028. In turn, the second copy will become a full-fledged reusable device for flights to the ISS and to the moon.

In December, RSC Energia requested more than 18 billion from Roscosmos to develop a promising ship. The company cited a lack of funding as an argument. And this despite the fact that a total of 57,5 billion has already been included in the program for the period from 2016 to 2025.

Recall that the reusable domestic ship of the new generation "Eagle" ("Federation") has been developed since 2009. The manned version of the device is designed for 6 people (4 people when flying to the moon). The cargo option will be able to deliver up to 2 tons of cargo to the ISS and transport back up to 500 kg. According to the plan, the first unmanned flight of a promising ship should take place in 2022.
Ctrl Enter
Noticed oshЫbku Highlight text and press. Ctrl + Enter
We are
Again “Angara”: why is Russia another heavy missile?
Trillion "Baby": Why Russia needs a super-heavy Yenisei rocket
Reporterin Yandex News
Read Reporterin Google News
Ad
We are open to cooperation with authors in the news and analytical departments. A prerequisite is the ability to quickly analyze the text and check the facts, to write concisely and interestingly on political and economic topics. We offer flexible working hours and regular payments. Please send your responses with examples of work to [email protected]
2 comments
Information
Dear reader, to leave comments on the publication, you must sign in.