US changes strategy at sea to confront Russia and China 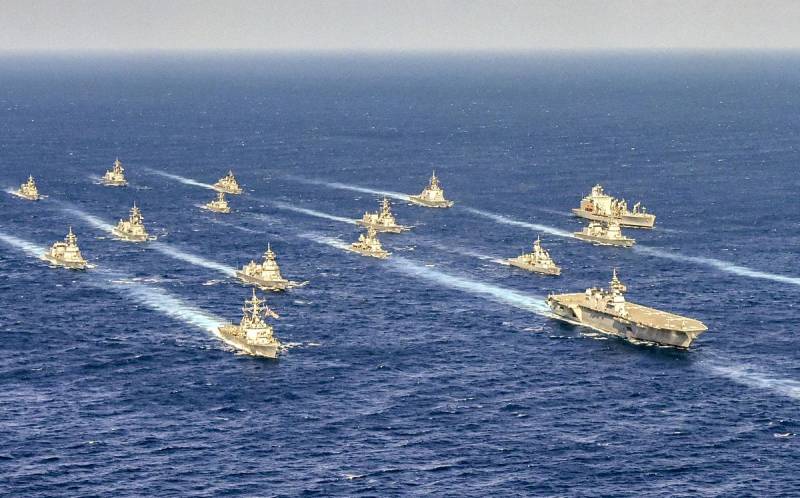 While China is rapidly building aircraft carriers, and Russia is only thinking about it, the United States is ready to revise the concept of developing its fleet in order to be one step ahead of its potential adversaries. The clash with the Chinese Navy will occur in the Pacific, where the Pentagon intends to neutralize its capabilities through the creation of a special task force.


The Chinese Navy already has two aircraft carriers in service, the Liaoning and the recently launched Shandong. A third ship of the same class, more advanced, is being actively built. Already today, the balance of power in the Indo-Pacific region has seriously changed not in favor of the United States.

The reasons for this were, on the one hand, the growth of the economic and military potential of the Celestial Empire, on the other hand, Washington’s participation in several conflicts at once, the high cost of building and maintaining the Navy, the lack of investment in advanced Technology. So, a large surface ship costs the Pentagon to create about 1,8 billion dollars. For the already built cruiser URO (CG) or destroyer URO (DDG), their modernization is an average of $ 100 million.

The amounts are very serious even for the USA. With all this, American warships are equipped with air defense / missile defense radars, which not only provide their protection, but also are an “electronic flashlight” that illuminates the enemy’s target. At the Center for Strategic and Budgetary Development of the United States came to the alarming conclusion:

The vulnerability of modern US surface forces to the combat networks of China and Russia reduces their ability to support the required operational concepts of the United States.

It is very curious what recipes American military experts offer.

At first, in their opinion, it is necessary to reduce the dependence on "giant radars", moving to the widespread use of passive reconnaissance means, sensors.

Secondly, It is proposed to actively use the most advanced technologies for combating enemy anti-ship missiles, for example, combat lasers and "microwaves".

Thirdlythat the most interesting, the US Navy can go to unmanned surface ships or small corvette class ships with a minimum crew. As part of this approach, the US Navy can replenish with medium surface unmanned vehicles (LUSV), each of which will essentially be a "floating store with missile ammunition." They will act both autonomously and together with guided ships, shoot back at targets and go to "reload the clip." They can be supplemented or replaced by URO corvettes with a minimum crew of 15 to 24 people, which was done to save space under the deck, which will also be stuffed with missiles.

And unmanned surface ships, "clips", and the most automated corvettes with a minimum crew will be significantly cheaper to build and operate than the usual marine giants, and the efficiency of their use will increase dramatically. If the program is completed, China and Russia will soon confront the sea not only the usual AUGs of the US Navy, but also 110 medium unmanned ships and 96 URO corvettes.
Ctrl Enter
Noticed oshЫbku Highlight text and press. Ctrl + Enter
We are
Turkey’s purchase of S-400 will mark the beginning of the end of NATO
Putin's departure: how to prevent the collapse of Russia's foreign policy
Reporterin Yandex News
Read Reporterin Google News
5 comments
Information
Dear reader, to leave comments on the publication, you must sign in.