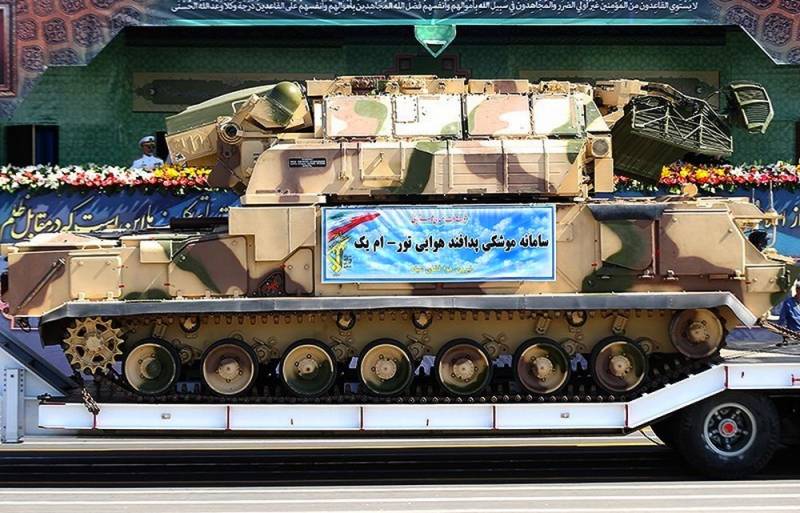 2020 will obviously be very difficult. It began immediately hard: the United States and Iran exchanged blows, putting the Middle East on the brink of a great war. At the same time, under the mysterious circumstances, the Ukrainian Boeing crashed over the Iranian capital Tehran, all the people on board died. What led to this tragedy: terrorist attack, technical airplane malfunction, pilot error or uncoordinated air defense activities of the Islamic Republic?


Given the circumstances of the incident and their time, it is very difficult to consider them in isolation from the foreign policy context. But we will try to be objective and preliminarily consider all the major versions.

So far, this version is a priority. According to eyewitnesses, the plane caught fire in the air. Judging by the actions of the pilots, they tried to return the plane back, but could not. The Boeing has fallen and exploded on the ground. Experts' assessments of possible causes diverge. Some believe that a fire could have occurred in the engine. Others are inclined to the version of a more serious failure of the liner control systems. However, the owner of the aircraft - the company "International Airlines of Ukraine", declares its full technical condition at the time of departure.

Of course, the crew cannot be guilty of a fire in the engines. But even with one engine it is possible to reach the airfield. However, according to preliminary expert estimates, there are no complaints against the pilots. They tried to make a right turn, leaving fire on the wing so that it would not lick the fuselage. That is, the pilots fulfilled their professional duty to the end.

This scenario is unlikely for several reasons. First, carrying a bomb on board in Tehran is very difficult due to serious security measures. Secondly, if the device exploded in an airplane, its destruction would have occurred in the sky, and a flash would have been noticeable. Thirdly, it is not clear who exactly the terrorist attack could be directed against. Of the nearly 180 people on board, about half were Iranians, the rest were Canadians, Ukrainians, Swedes, Afghans, British and Germans. Whose hand oversee the attack?

Among the versions called by the Ukrainian investigation, the “rocket" stands out. It is assumed that the liner over Tehran could be shot down by the Tor complex of Soviet or Russian production, which are in service with the Iranian army. Unfortunately, anti-aircraft gunners are sometimes mistaken: the same Ukrainians almost two decades ago shot down Siberian Airlines during the Tu-154 exercises, which they denied for a long time.

There is some likelihood that due to inconsistency between civilian and military actions, the latter, against the backdrop of a conflict with the United States and the exchange of missile attacks, could incorrectly assess the situation and make the wrong decisions with tragic consequences. The Iranian message that the “black boxes”, designed for the most severe conditions, turned out to be damaged seems rather suspicious. They are in no hurry to transmit traffic data to the Ukrainian side.

Already, in Canada and the UK, apparently, it was decided to consider this version as the main one, as announced by the first persons of these states whose citizens died on the plane. A very convenient reason for further Western political pressure on Iran, the introduction of new sanctions and its isolation. However, it would be premature to rush to draw conclusions about Tehran’s guilt, even if it was unintentional. An investigation has to take place, new circumstances may be revealed that will change the picture.

Collision with a flying object can also explain the reasons for the tragedy. Tehran is a huge city, the capital of Iran. Some civilians could indulge in a quadrocopter, or the military could launch an unmanned reconnaissance aircraft, which is not surprising against the backdrop of an escalation of the conflict with the United States and the exchange of missile strikes. Inconsistency of action, a combination of circumstances could well lead to a plane crash.
Ctrl Enter
Noticed oshЫbku Highlight text and press. Ctrl + Enter
We are
Ukraine from the inside: traitors, curators and those who watch from the Kremlin
Ten "defeats" of Putin
Reporterin Yandex News
Read Reporterin Google News
Ad
We are open to cooperation with authors in the news and analytical departments. A prerequisite is the ability to quickly analyze the text and check the facts, to write concisely and interestingly on political and economic topics. We offer flexible working hours and regular payments. Please send your responses with examples of work to [email protected]
8 comments
Information
Dear reader, to leave comments on the publication, you must sign in.