The blow took place: options for further revenge of Iran by the Americans 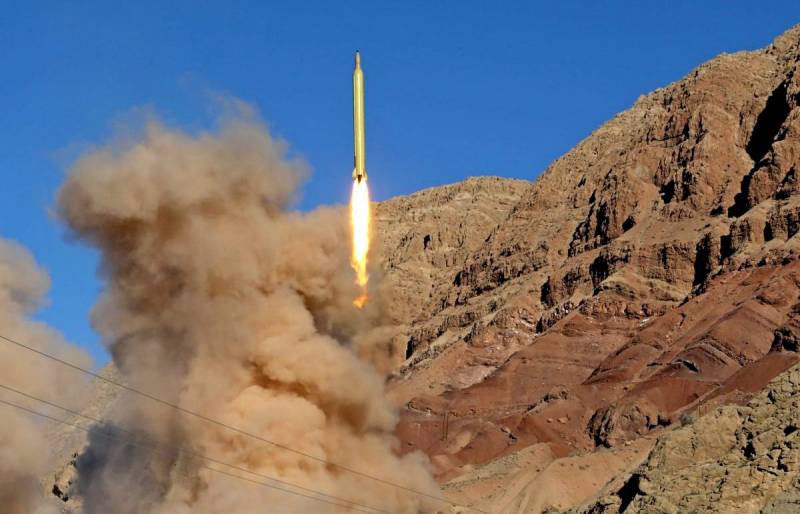 After waiting several days after the US reprisal against General Kassem Suleimani, Iran retaliated. The Americans didn’t get rid of Tomatoes: ballistic missiles hit the Pentagon’s infrastructure in neighboring Iraq. According to reports, over 80 people were killed, US Air Force planes were destroyed. What will be the next steps of Washington and Tehran?


It is significant that the Iranians were not afraid of Trump's threats to bomb 52 objects, including the historical and cultural centers of the ancient state. It is noteworthy that under paragraph IX of Article 8 of the Rome Statute of the International Criminal Court, such actions fall under the definition of war crime. At the same time, the US is called General Suleimani, who was murdered by them without a trace.

Now the ball is on the side of Washington. Much depends on whether Trump will go on to further aggravate. So far, the American president has tweeted an encouraging message in the spirit of "everything is fine with us, our armed forces are the best and most equipped." Let's see what moves Iran has in store if Washington does begin to escalate the conflict. The National Security Council of the Islamic Republic has developed 13 plans for "terrible revenge" of the United States. Without pretending to reveal the plans of dodgy Persians, let us announce what lies on the surface.

The US strategy is to surround Iran with a ring of hostile Arab states. In response, Tehran is actively conducting a hybrid war in the region. He relies on the military and political forces in neighboring countries, for example, in Lebanon it is Hesbollah, in Yemen - the Hussites with their militia Ansar Allah. There are pro-Iranian forces in Iraq, and in Bahrain, and in Saudi Arabia. In aggregate, they are commonly called the "Shiite belt" of Iran.

Tehran’s further actions in response to US aggression may include stepping up a proxy war. The Iraqi direction looks the most promising. The assassination of General Suleymani occurred precisely in the capital of this neighboring state. The US military from Syria was mainly relocated to Iraq. After the massacre of Suleimani, Baghdad demanded the withdrawal of US troops from its territory, but Washington, having at first agreed, quickly turned to refusal.

In fact, the mask of a good policeman was dropped, and we are talking about the banal occupation of a sovereign state. Iran, in turn, promised Washington to establish a "second Vietnam" in Iraq. The threat is realistic and extremely serious. Trump is unlikely to like the stream of coffins under the star-striped flag from the Middle East on the eve of the election.

The blockade of this strait can be quite a serious move. A significant part of the hydrocarbon resources of the Middle East monarchies goes through Hormuz. Its blocking within a month will lead to a global fuel crisis. However, the United States will suffer from it to a much lesser extent than Europe or the Asia-Pacific countries, which certainly will not sympathize with Tehran after this. The likelihood of such a scenario, which does not guarantee a targeted attack on Washington, is not so high.

President Trump recently stated that Iran will never acquire its nuclear weapons. His entire “run over” to Tehran is aimed at restraining the Iranian nuclear program. Ironically, it is the actions of the American president that bring the Islamic Republic closer to creating a bomb.

As the recent experience of the DPRK, which has acquired nuclear weapons and their means of delivery, has shown, this radically changes the attitude of Washington. The United States may have a “bigger red button," but the prospect of a nuclear explosion on its territory makes them more accommodating and respectful of other people's sovereignty.

Having destroyed SPVD with his own hands, President Trump paved the way for Iran to become a nuclear power. Needless to say, after that the tension in the Middle East will only intensify?
Ctrl Enter
Noticed oshЫbku Highlight text and press. Ctrl + Enter
We are
Ukraine from the inside: traitors, curators and those who watch from the Kremlin
Ten "defeats" of Putin
Reporterin Yandex News
Read Reporterin Google News
40 comments
Information
Dear reader, to leave comments on the publication, you must sign in.