An honest look at the prospects for Russian gas exports 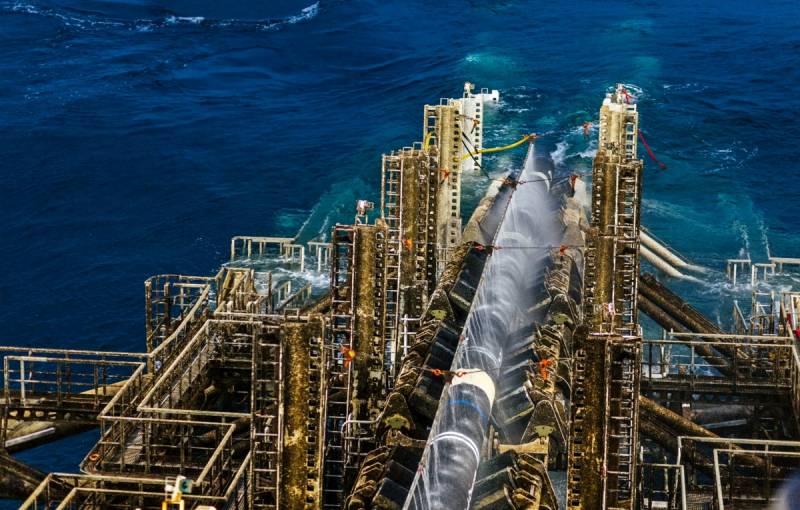 New Year has come, the holidays are nearing completion. One can already soberly assess what Russia was able to achieve over the past five-year post-Maidan period. the economy, and the challenges that our country will face in 2020. Since Gazprom and hydrocarbons are “our everything”, we’ll talk as honestly as possible about the results of the “national treasure”.


The main direction of the state corporation is the export of natural gas through pipelines. For Gazprom, Europe is traditionally the main foreign market, while Ukraine is the main transit intermediary. After the events of 2014, the Kremlin tried to diversify its supplies at the expense of China, as well as “circumvent” the Independent, both in the literal and figurative sense of the word. What came of this?

"The Power of Siberia"

This gas pipeline can be considered a symbol of the "turn to the East." Negotiations on its construction and terms of supply of “blue fuel” took a very long time, but after the annexation of Crimea and the introduction of the first Western sanctions, the Kremlin needed a visible geopolitical victory to demonstrate the impossibility of international isolation of Russia. After a personal visit to Beijing by President Vladimir Putin, an agreement on the Power of Siberia was signed.

During the construction process, the project went up significantly, but by the end of 2019, gas had already begun to flow to China. According to the contract, Russia is now obliged to supply “blue fuel” to China in the amount of 30 billion cubic meters per year for 38 years. This “breakthrough to the East” is evaluated differently. Skeptics believe that the gas pipeline will not pay off for a very long time, and it brought undoubted benefit only to its contractors. Pessimism is added by the fact that Beijing suddenly embarked on a liberalization of the domestic gas price market, which could work against the Power of Siberia.

Optimists point to the fact that the pipeline can be considered an “anchor project” that will allow Gazprom to cling to the world's largest manufacturing economy, China. Who will ultimately be right, time will tell.

This pipeline is an impromptu of President Putin. After Bulgaria closed the construction of the South Stream, Gazprom began to lay a pipe in the direction of Turkey. The alternative gas pipeline has halved in terms of pumped gas volumes from the original “Bulgarian” project. The first Russian gas has already begun to flow to Turkey.

Unfortunately, it was not possible to do completely without the not entirely reliable Sofia. Instead of Greece, Gazprom repeatedly relied on Bulgaria and again made a mistake. The construction of a pipeline link between Turkey and Serbia through Bulgarian territory is constantly slowing down, which President Putin directly blamed on Sofia. Now the deadlines for launching the transit part by May 31 are called, but who knows what will happen if the US imposes sanctions against the Turkish Stream?

Ankara is gradually reducing the consumption of Russian gas, intending to diversify the sources of its production as much as possible. At the same time, in addition to Syria, the Turks can now face the Russians already in Libya, which is unlikely to contribute to fruitful cooperation between our countries.

This is our main pain. A big bet was made on the bypass pipeline around Ukraine. Theoretically, Nord Stream-2 plus Turkish Stream could compensate for a significant portion of the export load through the Ukrainian gas transportation system. But the United States, claiming its share of the European gas market, put this project on the shoulder blades with several blows.

At first, Denmark, under sheer pressure from Washington, has been dragging the issue of building permits for years. Then, European bureaucrats adopted amendments to the Third Energy Package, extending their effect to offshore pipelines. Because of this, Nord Stream-2, designed for 55 billion cubic meters of gas per year, suddenly became half empty. Chancellor Merkel was able to knock out exceptions for the gas pipeline, but President Trump inflicted ku de gras by imposing direct sanctions on the Russian-German project.

The remaining 160 kilometers of the pipe - two weeks of work - now there is simply no one to finish building. The Swiss contractor abandoned construction, there are no alternatives; the only pipe-laying vessel at Gazprom is under repair in the Far East. If earlier the launch of Nord Stream-2 was expected to be operational by the summer of 2020, now it is at best the end of 2020, provided that the United States and Denmark do not come up with anything else. And then the gas pipeline will turn into a real unfinished building. By that time, the window of opportunity for exclusion from the Third Energy Package, knocked out by Angela Merkel, will expire. For Madame Chancellor, who has staked on the "green revolution", this will be a serious political blow.

Against this gloomy background, the signing of the five-year transit agreement with Ukraine can hardly be called anything other than the recognition by Gazprom of a defeat in an attempt to refuse the services of Kiev. Perhaps, while the country has money in the NWF and relative stability, is it worth it to do something else, besides exporting hydrocarbons, with which it is already somehow not very good?
Ctrl Enter
Noticed oshЫbku Highlight text and press. Ctrl + Enter
We are
Only China is the winner: “The Power of Siberia” will hardly pay off in 30 years
Peace enforcement operation. Russia inflicts a preemptive strike on Kiev
Reporterin Yandex News
Read Reporterin Google News
22 comments
Information
Dear reader, to leave comments on the publication, you must sign in.