The assassination of the commander of the IRGC Americans: the reaction of Moscow, Beijing and Damascus 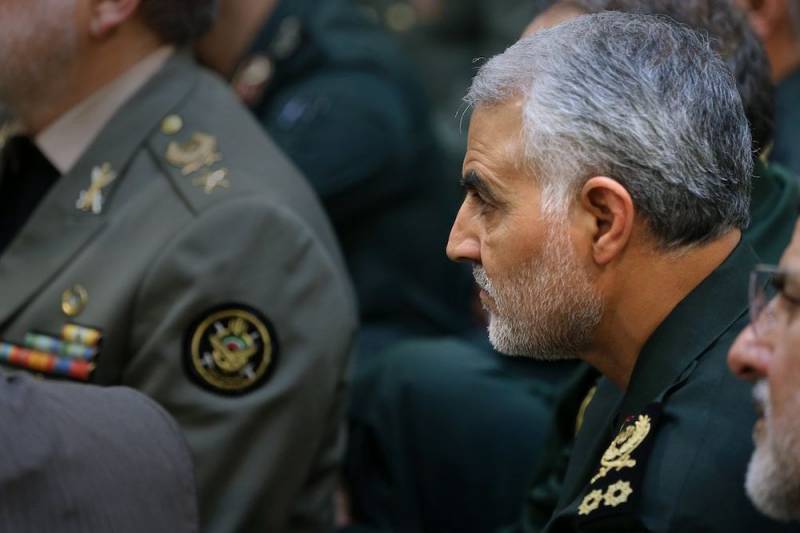 We recently reported how the Pentagon reported about the murder in Iraq, with the help of a missile "defensive strike", the commander of the special unit "Quds" ("Cods") of the Islamic Revolutionary Guards Corps (IRGC) of Iran, Major General Kassem Suleimani and like in Tehran promised avenge this. Now the reaction of Russia, China and Syria to the incident has become known.


So, the Russian Foreign Ministry, expressing "sincere condolences to the Iranian people," officially declares that Moscow considers the assassination of the general an "adventurous step" aimed at increasing tension in the region. The Foreign Ministry notes that Suleymani "devotedly served the cause of protecting Iran’s national interests."

At the same time, Chinese Foreign Ministry spokesman Geng Shuang, commenting on what happened, said at a briefing that Beijing has consistently opposed the use of military force in international relations. The Chinese diplomat said that Beijing continues to closely monitor this incident and the development of the situation in the region as a whole.

As for the reaction of official Damascus, he “strongly condemns the US criminal aggression” (the assassination of an Iranian general in Baghdad). This is stated in a widespread statement by the Foreign Ministry of Syria.

We remind you that Baghdad’s reaction to this “egregious” manifestation of “democracy” is also known. For example, Iraqi Acting Prime Minister Adel Abdel Mahdi regards the US missile strike at Baghdad's international airport as an act of aggression against his country.
Ctrl Enter
Noticed oshЫbku Highlight text and press. Ctrl + Enter
We are
Iran has promised to avenge the United States for the death of Suleymani: experts say about the imminent war
The Pentagon announces the elimination of the Iranian IRGC on the orders of Trump
Reporterin Yandex News
Read Reporterin Google News
Ad
The publication is looking for authors in the news and analytical departments. Requirements for applicants: literacy, responsibility, efficiency, inexhaustible creative energy, experience in copywriting or journalism, the ability to quickly analyze text and check facts, write concisely and interestingly on political and economic topics. The work is paid. Contact: [email protected]
41 comment
Information
Dear reader, to leave comments on the publication, you must to register.
I have an account? Sign in