The gas results of the year: the main "battle for the flows" is yet to come 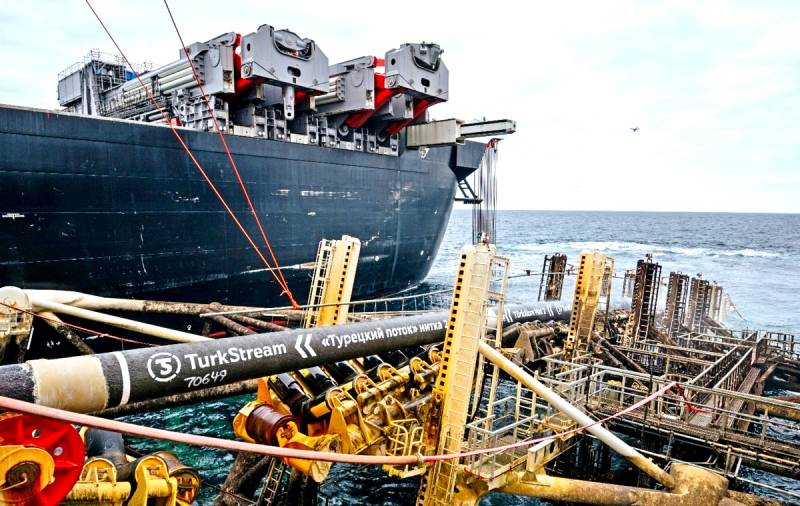 Let us summarize the results of the Russian year. economics in the field of energy. For the leading domestic company, Gazprom, the year 2019 was difficult, but 2020 and subsequent are likely to be even harder. What grounds are there for saying so?


The main events of the end of 2019, which crowned the post-Maidan five-year period, are, of course, the signing of a new transit agreement with Ukraine on conditions that are humiliating for Russia and the suspension of the construction of Nord Stream-2 by US sanctions on the last critical 5% of the length of its route. Unfortunately, whatever one may say, this can not be called anything other than defeat.

The defeat was predetermined back in 2014, when the Kremlin decided to return Crimea to the Russian Federation, but de facto gave the rest of Ukraine to the Americans. Justifying this short-sighted deed, professional propagandists and their voluntary assistants, the "eye beam", frightened us with the Third Nuclear War, from which we, the ungrateful, were saved. Even then, some remembered the prophetic words of Winston Churchill:

And so it happened, just five years after the Maidan, Russia received a “gas war”, before which it surrendered, without even starting, and a shame in the form of humiliating conditions for a new transit agreement.

Alas, there could be no other. Seated on oil and gas pipes, our country is critically dependent on the export of hydrocarbons. All attempts by the Kremlin to find workarounds by opponents in the face of the United States were thwarted. First, under their pressure, Bulgaria actually “leaked” the South Stream gas pipeline. The alternative “Turkish Stream” doubled in length, from four pipes to two. Almost completed, Nord Stream 2 fell under the newly adopted amendments to the Third Energy Package, which left it half empty.

Germany, the main interest in Nord Stream-2, was able to push through an option bypassing this rule, but it is valid only until May 23, 2020. However, the United States “under the tree” imposed sanctions on the contractors of the project, and they immediately abandoned the construction of the pipeline. Now, not a single foreign company, which can be counted on the fingers of one hand, and with the end of a stick, does not touch the contract with Gazprom for the completion of the pipeline.

This means that the deadlines are broken, and the window of opportunity that the outgoing Chancellor Merkel knocked out for Nord Stream 2 will close. Our “national treasure” will have to somehow get out on our own, and everything will happen in Danish waters, which we will return to later.

So, Gazprom, having failed the strategy of bypass routes, was forced to capitulate in front of Naftogaz. The new contract was concluded for 5 years, 65 billion cubic meters will be pumped in the first year, and 4 billion cubic meters in the next 40 years. Transit payments are almost doubled, the penalty awarded by the Stockholm arbitration, Gazprom paid. By the way, that due to the penalty managed to grow from 2,6 to 2,9 billion dollars. Full fiasco.

Complete? No, things could be worse ahead. All these humiliating defeats of the domestic monopolist occur within the framework of the US struggle for the European gas market. The Americans are interested in reducing the share of Gazprom while increasing the cost of blue fuel, which will make their LNG more competitive. What remains to be done by the Russian gas company?

The information agency S&P Global Platts, specializing in gas price quotations, cites the opinion of the Western expert community, according to which Gazprom will be forced to start a bearish game next year. The "national treasure" will have to "flood" Europe with gas in order to reduce its prices as much as possible and "kill" competitors. Experts are convinced that the Russian company will go to work at a loss in order to maintain its market share.

And now we return to Europe and, in particular, Denmark. It is clear that the United States will not sit and calmly watch how Gazprom devalues ​​their efforts to promote LNG. They can try to implement the Kremlin’s most “nightmare nightmare”. In this scenario, Nord Stream-2 will not be completed in the foreseeable future or never at all. So, foreign contractors will not take up the project. Fortuna is not able to lay the pipeline; Academician Chersky is under repair and is very far away. It will take years to build a new pipe-laying vessel in Russia.

Under US pressure, Copenhagen may, because of the risk of falling under US sanctions, prohibit even Russian vessels from working in their waters if they ever appear. And then the almost finished pipeline will remain rusty at the bottom of the sea indefinitely. At the same time, the demand for gas in the EU has not been canceled. Then the scenario is not completely ruled out in which Washington, Berlin and Brussels agree among themselves on the use of the EUGAL system not for Nord Stream-2, but for deliveries of American and Qatari gas.

Now our "national treasure" pays for the construction of transit infrastructure through Serbia. If Bulgaria again let Gazprom down and merge its part of the Turkish Stream transit line, then it will be possible to really put out the lights. When everything is ready, the Russian company will be asked to exit, and the pipelines built at our expense in Europe will be used for the needs of LNG, TANAP and EastMed and other alternative Russian projects.

This will be a complete fiasco. Happy New Year to all!
Ctrl Enter
Noticed oshЫbku Highlight text and press. Ctrl + Enter
We are
Peace enforcement operation. Russia inflicts a preemptive strike on Kiev
US Global Economy: An End That Sneaks Noticeably
Reporterin Yandex News
Read Reporterin Google News
Ad
We are open to cooperation with authors in the news and analytical departments. A prerequisite is the ability to quickly analyze the text and check the facts, to write concisely and interestingly on political and economic topics. We offer flexible working hours and regular payments. Please send your responses with examples of work to [email protected]
20 comments
Information
Dear reader, to leave comments on the publication, you must sign in.