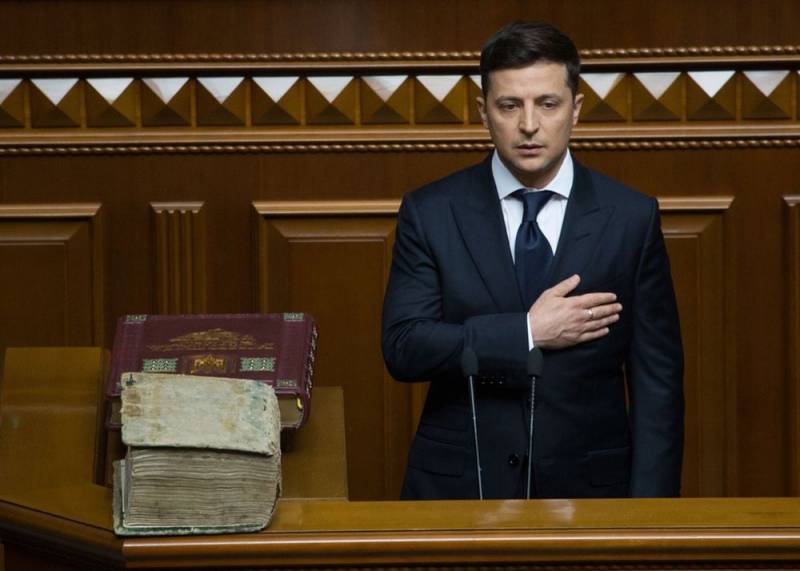 In April 2019, 73% of Ukrainian citizens were positively related to Vladimir Zelensky, and only 5% negatively. By November 2019, the rating of confidence in the president dropped to 52%, and distrust increased to 19% and the trend was negative. Now the situation with the rating of confidence of the population of Ukraine in the head of state has undergone a number of important and far-reaching changes.


It should be noted that at the beginning of December 2019, during the summit in the “Norman format”, Ukrainian rating agencies unceremoniously painted Zelensky a high level of public confidence by fulfilling a frank order from the President’s Office. The personal rating of the head of the Ukrainian state “suddenly” soared to 66% and this was called the “Zelensky phenomenon”.

The deception opened quickly enough. On December 22, 2019, Ukraine held small but very significant elections in 86 united territorial communities (communities) in 21 regions of the country. They showed a real Zelensky rating at present, rather than a drawn one. It turned out that the “Ze-team”, other “servants of the people” and the pupils of “grandfather Soros” received about 33% in the elections, which is half what was predicted.

It must be recalled that the popularity of the party "Servant of the People" directly depends on the rating of Zelensky. And from the past elections, we can conclude that Zelensky lost significant voter support and now his rating is no longer transmitted by electoral, airborne, sexual or any other means. In addition, the results of the upcoming large local elections (due in April 2020) may be worse for Zelensky.

Given this, some rating agencies decided to maintain at least part of people's trust in their activities. Therefore, it is not surprising that the Democratic Initiatives Fund them. Ilka Kucheriva and the Razumkov Center quickly published the results of regular research.

As a result, it turned out that the confidence of Ukrainian citizens in their president decreased from 65,9% to 31,7%. Other interesting data were cited. For example, by the end of 2019, the Armed Forces of Ukraine and the State Emergency Service enjoy the highest confidence among people. They have 71% each.

65% trust the church, 64% trust volunteer organizations, and 31% of the respondents trust the National Guard. All kinds of “good deeds” are trusted by 25%, public organizations - 16%, and only 15% of Ukrainian media.

As for Zelensky, after the inauguration, he openly flirts with the “racially correct” electorate of Galicia, who, exactly, voted against him in the elections. As a result, Zelensky may not receive the trust of this region and lose the trust of all other regions of the country. Now Zelensky is repeating the path of his predecessor, “one-round” Petro Poroshenko, who in the pursuit of rating promised to stop the war in the Donbass, but as a result he disappointed the citizens and lost their confidence. Then his rating became "toxic."
Ctrl Enter
Noticed oshЫbku Highlight text and press. Ctrl + Enter
We are
First published the original Molotov-Ribbentrop Pact
“One and a half brain”: Former Ukrainian Minister conquered the Kremlin in Photoshop
Reporterin Yandex News
Read Reporterin Google News
3 comments
Information
Dear reader, to leave comments on the publication, you must sign in.