Selling Sovcomflot, Russia may fall into the trap of Western sanctions 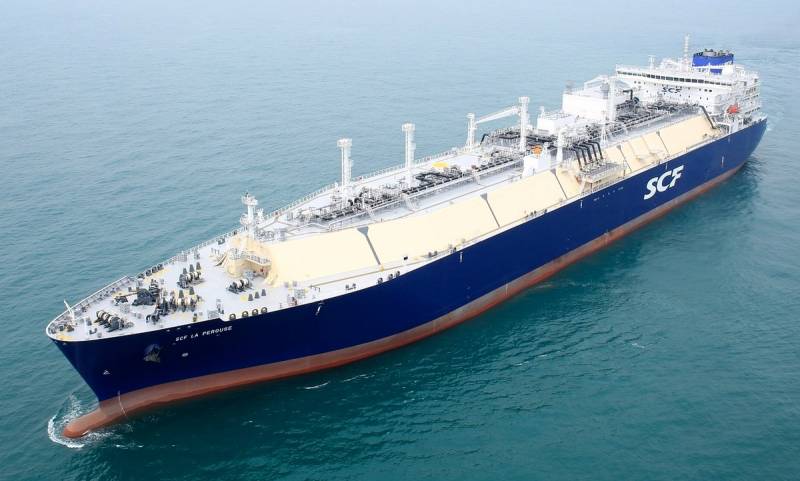 To the note to those who believe in the “struggle against the oligarchs” and “outliving the Yeltsin’s heritage” in the form of the practice of privatizing state property. Despite the fact that our budget is surplus, and the NWF is bursting with trillions of rubles, the government approved the next “ambitious privatization plan”.

As a matter of fact, the process of transferring assets from state ownership to private, which began in the 90s and gave rise to oligarchs, as such, never stopped. Changed forms and names, for example, D.A. Medvedev once called it this way: "to attract three private rubles per state ruble." But the essence was the same: once created by the forces of the people of a great power, assets consistently passed into the pocket of a very narrow circle of people.

So, last October, speaking to representatives of the IMF and the World Bank in Washington, Finance Minister Anton Siluanov “reported” to the global financial elite and carefully listened to the reproach that the pace of privatization in Russia was not high enough. The First Deputy Prime Minister understood everything correctly and promised to make her "more ambitious." At the same time, the official does not hide that the goal is not even to increase budget revenues, but a banal “reduction of the state’s share in the economy”, Which the adherents of the liberal idea for some reason consider a panacea.

What prevents them from reducing this share by simply increasing the volume of the economy itself and the share of private business, small and medium, in it, without getting into the state’s pocket, is not clear. Rather, "everything is clear with them." Okay, back to our privatizers, let's see what else they put their hands on in the next three years.

Initially, Siluanov’s list included: RusHydro, Sovcomflot, Rostelecom, Transneft, Rosseti, United Grain Company, Aeroflot, Russian Railways, Channel One. So far it is known that Transneft, Rosseti, RusHydro and Russian Railways are excluded from the privatization plan for 2020-2023 because of their "controversy." Till. Others were less fortunate. For example, Sofkomflot.

We have some remaining not taken fortresses, for example, Sovcomflot.

Sovcomflot is the leading Russian maritime transport company established, understandably, under the USSR. For our country, its activities are critically important, since it is engaged in servicing the oil and gas projects Yamal-LNG, Prirazlomnaya, Sakhalin-1, Sakhalin-2 and others. Great is its potential in delivering LNG to foreign markets.

What will happen after the transfer of such a successful company to private hands? We will not go far for examples. Faced with the threat of American sanctions, the private Swiss company Allseas banally abandoned the construction of Nord Stream-2, leaving about 5% of the total length of the pipeline incomplete. The secret of the open door is that Russian LNG projects are next in line for restrictive measures after gas pipelines.

Who, private owners, will order after privatization? Recall, under pressure from the US Treasury, the billionaire Oleg Deripaska lost control of Rusal, the giant of the domestic non-ferrous metallurgy, where foreign top managers are now in charge. Could it be something similar in the end with Sovcomflot?

We will be left without a fleet if some acute situation occurs. Sovcomflot are vessels that can and should serve the navy in wartime. Privatization of a company is a betrayal, if you call everything by their proper names.

As for Transneft, RusHydro, Russian Railways, Rossetei, United Grain Company and Rostelecom, their fate, apparently, will be decided in 3 years, when the budget ceases to be surplus, and problems in the economy will only increase. Then they can "fall and these fortresses."
Ctrl Enter
Noticed oshЫbku Highlight text and press. Ctrl + Enter
We are
How re-privatization in Russia will end
Russian authorities do not know how to spend trillions of rubles
Reporterin Yandex News
Read Reporterin Google News
Ad
The publication is looking for authors in the news and analytical departments. Requirements for applicants: literacy, responsibility, efficiency, inexhaustible creative energy, experience in copywriting or journalism, the ability to quickly analyze text and check facts, write concisely and interestingly on political and economic topics. The work is paid. Contact: [email protected]
10 comments
Information
Dear reader, to leave comments on the publication, you must to register.
I have an account? Sign in