Dead City hails from the USSR: how dangerous today is in Chernobyl 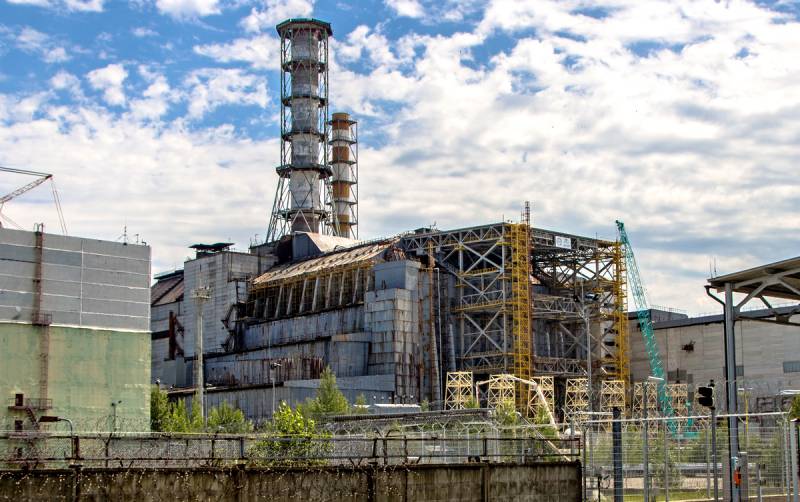 It is difficult to meet someone who has never heard the word “Chernobyl”. For most, this is a symbol of the tragedy from the half-forgotten Soviet past. For those who were involved in the aftermath of the Chernobyl accident or whose family lived in areas contaminated with radiation, this word symbolizes personal tragedy. And modern adolescents and young people have heard this word, since there are some “Chernobyl victims” who have some kind of benefits. Fans of the “cool” computer game Stalker, whose action takes place in the Exclusion Zone, are also aware of Chernobyl.


But there are those who consider the Exclusion Zone an interesting tourist attraction that is difficult to compare with anything else, it is so unique.

Of course, everyone knows about the accident at the Chernobyl nuclear power plant on April 26, 1986. But let me remind you in a nutshell what happened then without going into technical details.

An explosion occurred at the fourth power unit, after which a fire started with the release of a large amount of radiation. Since there were only a few days left before the May Day parade, we decided not to pay special attention to such an “insignificant” event so as not to overshadow the holiday. The first accident report was made by specialists from the Swedish nuclear plant Forsmark, where they recorded a sharp increase in radiation background. The Chernobyl Cloud got there too.

Meanwhile, in Kiev, they were preparing for the May Day demonstration. Moms bought flags and balloons for their children, stroking them with white shirts and blouses. May 1, 1986 on Khreshchatyk - the main street of the three millionth city - the radiation background ranged from 500 to 1200 microroentgen per hour. And this despite the fact that it should not exceed 30 microroentgen. It is terrible to even think what would happen if the wind would blow towards the capital of Soviet Ukraine. But from the city center to the border of the Exclusion Zone, you can slowly drive for an hour and a half.

But the people of Kiev were lucky, because the deadly cloud did not suffer on their huge and crowded city, but on Belarusian Polesie. Therefore, although the Chernobyl disaster occurred in Ukraine, causing great problems for this republic, Belarus itself was the most affected. Got and Russia. The consequences of the accident were felt even in Europe.

When the country's leadership realized the depth of the problem, firefighters, scientists, workers, soldiers from all over the country were sent to liquidate the consequences of the accident. Many of them soon died of radiation immediately or some time after the trip to Chernobyl. But those who survived received a fair amount of radiation, which caused serious damage to their health.

Is it dangerous today in the Chernobyl zone

At first glance, the idea of ​​choosing Chernobyl as a tourist attraction should seem crazy. Indeed, there, in theory, there is such radiation that it is possible to burn alive in its rays. And if you survive, you will fall prey to the ferocious and terrible mutants that roam everywhere and attack anyone who dares to be here.

Of course, one might think so, knowing how many troubles the Chernobyl disaster caused and how far from the nuclear power plant its consequences were felt. But in reality, everything is not so gloomy.

Today, the background radiation in most of the Zone is slightly higher than in most of our cities. For example, on the streets of the abandoned city of Pripyat, where station workers used to live, it is 60-120 micro-roentgen per hour. Although this is above the norm, radiation is not so dangerous here. For example, in passenger liners at an altitude of 11 thousand meters, the radiation level is 250-270 microroentgen per hour. Thus, a visit to Pripyat in terms of radiation hazard is comparable to air travel.

The streets of Pripyat were washed a lot and thoroughly, but this is not the main thing. It is important that the area around the nuclear power plant was contaminated mainly with radioactive strontium and cesium. The half-life of these elements is 28-30 years, and more have passed since the accident.

But this does not mean that the Zone is completely safe. There are small areas where the radiation level is thousands of micro-roentgen per hour. The most dangerous place in Pripyat is the basement of the local hospital, or rather, the room where the clothes of firefighters who put out the fire at the fourth power unit of the station are located.

And so, wild animals calmly roam the Zone, entering the city. This, by the way, is also a dangerous factor for visitors. After all, they may well be attacked by a wolf, feral dogs or even an elk during its mating season.

As for the fourth power unit, it will be dangerous for a long time. If the fuel-containing mass remains inside, it will be radioactive for a very long time, hundreds of thousands of years. Now the power unit is a kind of "nesting doll". Its destroyed remains are covered with a sarcophagus, over which a so-called arch, or confinement, was installed. This is the largest mobile structure on Earth. Its height is approximately 110 meters, and its mass is 36 thousand tons. Although it was created to protect the environment during the dismantling of the power unit, modern Technology do not yet allow you to perform these works.

The talented Ukrainian video blogger Anton Ptushkin tells about the Chernobyl accident and the current situation in the Chernobyl zone.

You might think that in the Chernobyl exclusion zone tourists are attracted by a desire to tickle their nerves, to feel the breath of danger. But all this is not here, but it feels completely different. After the evacuation of residents in Pripyat, time stopped. And not only literally, although all the clocks are in the city.

It’s just that the 80s of the last century are still preserved here. Soviet posters hang on the streets, glorifying the party and calling for the building of communism. Architecture, interiors in homes and much more - almost nothing has changed since 1986. This is what attracts people.

As they once said:

Nice on the street, clean in the apartment - thanks to reactor number four.

True, the marauders immediately after the evacuation of residents tried to pick up everything more or less valuable, even the heating batteries were cut off. Therefore, only large furniture remained in the apartments.

At the same time, everything here resembles the Amazonian jungle. The streets of the city became like forest trails. It becomes especially creepy when the guide shows old photos of the places where you are now. You feel a special feeling while watching rusty frozen cars in an amusement park and imagining how the children laughed while riding on them.

Of course, if you do not roam the Chernobyl zone alone, then there is nothing dangerous here. True, fear can be felt here. More precisely, not fear, but the realization that the creation of human hands can make the Earth lifeless. So far, this can only be observed in the small town of Pripyat near Kiev, and even in Japanese Fukushima. But if you do not observe caution in handling nuclear energy or nuclear weapons, then our entire planet will become deserted.
Ctrl Enter
Noticed oshЫbku Highlight text and press. Ctrl + Enter
We are
The monument to Marshal Konev is not demolished by Czech Russophobes, but by Russian propaganda
Where is Russia going?
Reporterin Yandex News
Read Reporterin Google News
Ad
The publication is looking for authors in the news and analytical departments. Requirements for applicants: literacy, responsibility, efficiency, inexhaustible creative energy, experience in copywriting or journalism, the ability to quickly analyze text and check facts, write concisely and interestingly on political and economic topics. The work is paid. Contact: [email protected]
1 comment
Information
Dear reader, to leave comments on the publication, you must to register.
I have an account? Sign in