Gazprom lost, but escaped the gas war with Ukraine 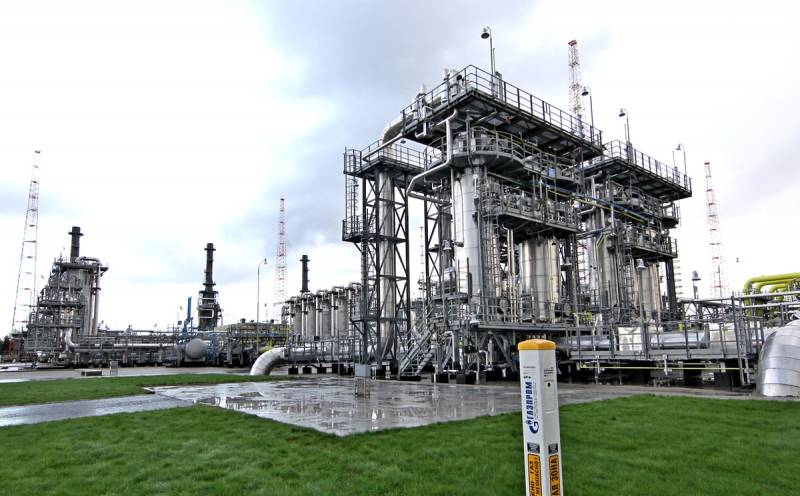 So, there will be no winter “gas war” with Ukraine. The Russian authorities met the deadline of the ultimatum issued by Kiev and surrendered. There will be a new transit agreement, and its terms were dictated to Gazprom from the West.


We warned of such an outcome in advance. On December 12, she appeared on Reporter article with a prophetic title: "5 years and 40 billion cubic meters of gas for Ukraine: what Putin and Gazprom are silent about." The predictions outlined there provoked a stormy reaction among the cheer-patriotic public, demonstrating the stages of denial and anger.

Alas, they were justified to the point, turning out to be even a little worse. Why did we "sail" in the end.

As we expected, the contract will be concluded “somewhere in the middle” between the periods of 1 and 10 years, that is, for 5 years, with the possibility of extension. Kiev insisted on the maximum term, top managers of Gazprom haughtily talked about 1 year. Already in the media, the theme is being played out that we again outwitted everyone, since we played to increase rates. This is a victory or a defeat of our "national treasure", everyone will decide for himself.

In 2020, Gazprom will have to pump all 65 billion cubic meters of gas, but in the next 4 years this volume will be reduced to the desired 40 billion. Again everyone outplayed?

The question is debatable. Even launching Nord Stream-1 and Turkish Stream by January 2, our monopolist will not be able to fully fulfill its obligations without the Ukrainian GTS. He would have to get out with the purchase of LNG, handing it over to the Europeans at a reduced price, so as not to get on fines. In a sense, the preservation of Ukrainian transit is a plus. On the other hand, Russia is again firmly attached to Nezalezhnaya. The question is, was it worth it to fence a garden with expensive bypass pipelines if no one would let us leave it anyway?

They will grow up. As from the next year the volume of gas pumped through Ukraine will decrease, it intends to compensate for the shortfall in revenue through tariff increases. The figures are not yet called, apparently, so as not to upset the even more cheers-patriotic public.

Gazprom will pay everything, to the last cent, that Ukraine was awarded the Stockholm arbitration. Moreover, apparently, not with gas discounts, but with real money.

The word "fiasco" suggests itself. I do not want to exaggerate even more, but the author considers it necessary to make another, not too pleasant forecast. It is associated with the dates indicated in the new transit agreement.

Gazprom is beginning to really squeeze out of the European market. Poland, one of the largest long-standing buyers of Russian gas, intends to abandon it since 2022. Turkey, which we had high hopes for, sharply reduced the consumption of our “blue fuel”. LNG from the USA, Qatar and Azerbaijan is rapidly crowding it. Reasons for this and economic (there is a certain decline and depreciation of the national currency), and political. The latter include a clash with Russia in Syria on opposite sides of the barricades, and also in the long term - in Libya. Ankara is clearly not averse to reducing the degree of dependence on the Kremlin, while Gazprom is firmly seated on its hook with its Turkish Stream.

All this is happening against the backdrop of the rapidly growing importance of LNG in the global energy sector. The entire coast of Europe is built up with LNG terminals, and Donald Trump requires further expansion of the receiving infrastructure. New gas tankers are being built. The United States itself is currently actively expanding its export capacity of LNG, intending to significantly increase its share in the global market. Qatar also intends to increase exports by 43% by 2025, bringing them to 110 million tons of LNG annually.

The emergence of new volumes of gas on the market will have to be compensated by reducing someone’s share. It is already clear at the expense of whom this will happen. On the eve of the United States took sanctions against the new energy projects of Gazprom. The loss of a significant part of foreign exchange earnings will be a blow to the federal budget and the population. Recall that the “national treasure” warned of the end of the era of low gas prices in the country.

Taken together, this means that we have been given about 5 relatively calm years, after which truly difficult times will come when problems in the economy will begin to determine the agenda already in politics. Now everything is in the hands of the authorities, what they will spend this five-year period on: pulling next pipelines or doing industrialization and diversification of the economy in three shifts.
Ctrl Enter
Noticed oshЫbku Highlight text and press. Ctrl + Enter
We are
Peace enforcement operation. Russia inflicts a preemptive strike on Kiev
Kiev gas blackmail: brave Ukrainians did not take into account one moment
Reporterin Yandex News
Read Reporterin Google News
Ad
The publication is looking for authors in the news and analytical departments. Requirements for applicants: literacy, responsibility, efficiency, inexhaustible creative energy, experience in copywriting or journalism, the ability to quickly analyze text and check facts, write concisely and interestingly on political and economic topics. The work is paid. Contact: [email protected]
67 comments
Information
Dear reader, to leave comments on the publication, you must to register.
I have an account? Sign in