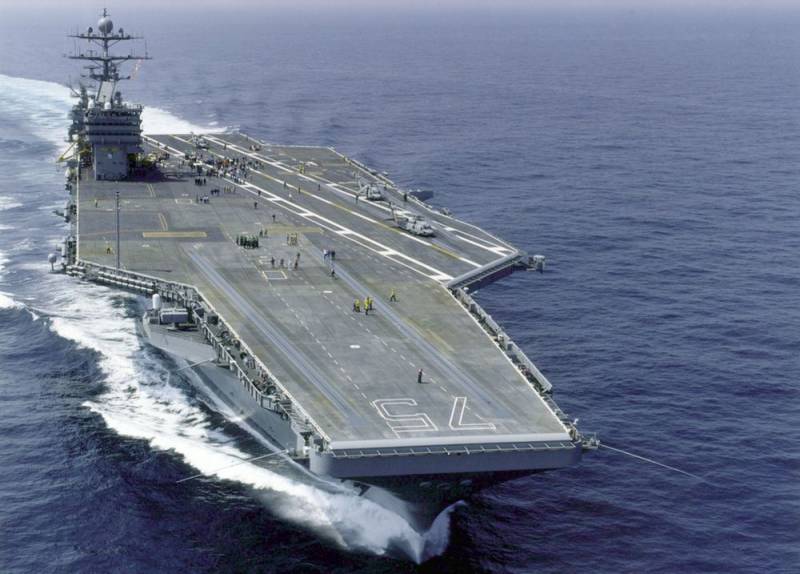 Recently from nato informedthat the "peace-loving" Alliance records an unprecedented, since the Cold War, activity of Russian submarines. And now, the American television channel NBC News reported that the aircraft carrier and a team of five thousand people are watching the presence of Russia in the Mediterranean Sea. They are ready to stop the "bad behavior of the Russians."

We are going to remind them that there is a danger and risk of misconduct and we will not allow this.
- quoted NBC Admiral James Foggo.

Necessary to remindthat at the end of November 2019, the only conditionally combat-ready nuclear-powered aircraft carrier on the US East Coast, Harry Truman, barely “hobbled”, with burnt electrical wiring, to the Norfolk naval base. There he was hastily “brought to his senses” and on December 5, 2019, he passed Gibraltar and is now in the Mediterranean Sea.

It should be added that on December 17, 2019, the Russian Navy and the Syrian Navy began the first joint exercises in the eastern part of the Mediterranean Sea. Admiral Alexander Yuldashev commands the maneuvers.
Ctrl Enter
Noticed oshЫbku Highlight text and press. Ctrl + Enter
We are
NATO captures unprecedented activity of Russian submarines
The east coast of the United States was left without combat-ready aircraft carriers
Reporterin Yandex News
Read Reporterin Google News
16 comments
Information
Dear reader, to leave comments on the publication, you must sign in.