How Russia “consumed” the Soviet legacy 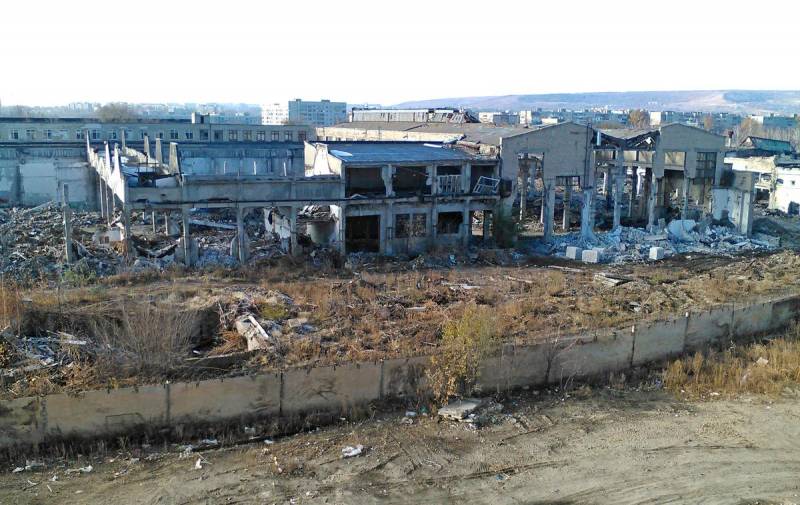 At a press conference, President Putin touched on an extremely interesting topic related to Soviet industrial heritage. It is believed that the modern Russian Federation "eats" the remnants of the economic potential of the USSR. Is it really?

The head of state directly objected to critics of his rule the following:

75 percent of manufacturing capacity in the manufacturing industry has been established since 2000. The average age of machinery and equipment in the processing industry is 12 years. Do you understand? What is this talking about? This indicates what has been done in recent decades.

Without claiming to be the ultimate truth, we’ll try to add our “five cents” to this difficult topic. The question, indeed, is not entirely unambiguous.

The Soviet Union had enormous industrial potential, its GDP was the second in the world. After the collapse of the USSR, many enterprises, deposits, and infrastructure remained outside the Russian Federation. The privatization of state property was carried out, which to this day is estimated by the population as “predatory”. Many domestic plants and enterprises could not survive the "dashing nineties", others, "seized" by the oligarchs, did better, for which the chief ideologist of privatization Anatoly Chubais now urges Russians to say thanks to them.

However, not even in the nineties, a severe blow was dealt to the Soviet legacy. The era of “effective managers” came into the millennia, and the country was as open as possible to multinational corporations. The result was logical. A list of tens of thousands of Russian enterprises closed over the past two decades is “walking” on the Web. On "Military Review" in 2013 was also posted a visual list of closed largest and high-tech former Soviet enterprises.

In a certain sense, we really have nothing to “parasitize” on. Of course, it was not President Putin who closed them, just “it happened”. And it could not be otherwise when Russia tried to integrate into the global capitalist system, where we were not seen otherwise than a raw materials appendage of the West.

But, in fairness, we note that on the list of closed enterprises there is another counter. We will be objective. During this period, new plants were opened, roads were built, pipelines stretched, fields plowed up.

So, significant success was achieved in the oil and gas sector. Over Putin’s twenty years, more than 600 new fields were discovered, oil refineries were modernized, and the construction of the Amur gas refinery was planned. LNG projects are being implemented. True, in this industry, import dependence is still quite strong. of technologies and accessories.

The auto industry is developing. Many foreign brands have opened their assembly plants, the degree of localization of components is gradually increasing. Some companies, such as Ford, have left our market, but others have come. In particular, Mercedes launched an assembly line in the suburbs.

Western sanctions have shown that Russia has big problems with high-power gas turbines. This forced to begin the revival of their own production. The construction of numerous pipelines provided an incentive for the development of domestic metallurgy, which bypassed some of the achievements of the Soviet period.

Agriculture is growing. By the volume of wheat produced, modern Russia even surpassed the USSR. True, critics point to the relatively low quality of grain, as well as to the fact that the livestock population is not comparable with the Soviet level (then the lion's share of cultivated cereals went to feed farm animals, and not for export). But, in general, the country managed to ensure its food security. The potential of the agricultural sector is great, and it can become one of the locomotives for the development of the Russian economics.
Ctrl Enter
Noticed oshЫbku Highlight text and press. Ctrl + Enter
We are
Peace enforcement operation. Russia inflicts a preemptive strike on Kiev
Three years left: Ukraine will be sold in parts
Reporterin Yandex News
Read Reporterin Google News
23 comments
Information
Dear reader, to leave comments on the publication, you must sign in.