Superbacteria take over the world: how dangerous are they for humanity 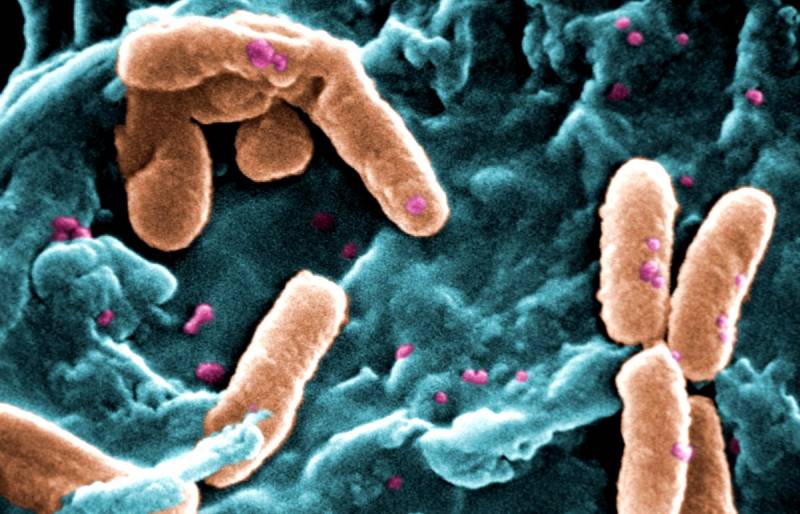 Each year, approximately two million U.S. residents become victims of antibiotic-resistant bacteria. And about 23 thousand of them do not survive.

Do not flatter yourself, this problem exists not only in the USA. It was recognized by the global representatives of the World Health Organization (WHO). They consider antibiotic resistance to be one of the greatest dangers facing humanity. By 2050, mortality due to this cause is expected to exceed mortality from cancer. It is about tens of millions of deaths.

WHO representatives warn that if measures are not taken, a post-antibiotic era may ensue, when the most common infections or injuries will lead to death, as was the case in ancient times. Professor of Microbiology Konstantin Severinov from the Skolkovo Institute of Science and of technologies alarmed by this trend:

Of course, we have not yet reached the state of the end of the 19th - beginning of the 20th century, when people were dying of consumption, cholera and many other bacterial infections. But the number and prevalence of resistant bacteria is growing, you can not close your eyes to this.

It is worth emphasizing that antibiotic resistance is not produced in humans or animals, but in bacteria. This occurs for two main, at first glance diametrically opposite, reasons. On the one hand, measures to prevent and control infectious diseases are clearly insufficient. And on the other hand, the incorrect and excessive use of antibiotics, with or without, leads to the adaptation of microorganisms to a hostile environment.

The emergence of superbugs

"That which does not kill us makes us stronger." In fact, this is the motto of bacteria. If the pathogenic bacterium is not destroyed, it becomes stronger and more dangerous. So superbacteria appear. These are microorganisms before which all existing antibiotics are powerless.

However, we are not talking about some distant future. Superbacteria already exist. Doctors first encountered them in 2016. Then a 70-year-old woman from the United States returned from a trip to India, where she received a leg fracture. A severe inflammation began, with which the doctors could not do anything. They tried all 26 antibiotics they know, but nothing helped. As a result, the woman died of septic shock.

The culprit of the accident was a new kind of Klebsiella pneumonia, or Friedlander's wand. Against it were useless more than two dozen different antibacterial agents that had previously been effectively used against such infections. And an elderly woman was the first to be killed by a superbug.

Not many people know that an antibiotic, to some extent, is the natural habitat of microorganisms. Bacteria secrete a substance that helps them determine their numbers. If its concentration is increased, this is a signal to the bacteria to stop growing, otherwise they will not have enough food. This substance, in fact, is the first antibiotic created by the bacteria themselves.

When a person learned to synthesize antibacterial agents himself, he was also able to artificially stop the growth of bacteria.

But the saddest thing is that bacteria are living creatures like any other. And they exist according to the laws of evolution described by Darwin. Only a generational change does not occur in them every 20-30 years, like ours, but every 20-30 minutes. In general, you can independently calculate how bacteria evolve faster than humans. And their evolution occurs through natural selection. Like all others, only faster.

And this does not mean at all that the new strains of these microorganisms are meaner and more aggressive than their ancestors. Not at all, they just know how to better adapt and survive in an unfavorable environment. Antibiotics kill bacteria, but those that survive become resistant to certain types of antibacterial agents. New antibiotics appear - bacteria adapt to them.

We all will die?

You should not assume that everything is bad, the situation is hopeless, we will die out, and only bacteria will remain. Of course, there is cause for alarm, but this problem can be solved.

Oddly enough, the human body is able to cope with some types of pathogenic bacteria independently, without external interference. In addition, not all bacteria possess antibiotic resistance, but their specific strains (varieties). And here the lottery begins: it is not known which strain you will pick up, how lucky.

Worldwide, WHO approved the “Global Antimicrobial Resistance Action Plan” in 2015. It indicates measures to combat this phenomenon. In particular, there is a list of the most dangerous types of bacteria against which new drugs should be created in the first place.

Of course, an international program to combat bacteria is good, but on a personal, everyday level, precautionary measures must also be taken.

For example, if you are being treated in a hospital, you should not stay in the hospital longer than necessary. If possible, you should quickly switch to outpatient treatment. Unfortunately, most often antibiotic-resistant bacteria are found ... in hospitals. The point is not that they are poorly treated or tidied up with unsanitary conditions. It’s just that antibiotics are most intensively used there, which allows local bacteria to quickly “learn” and adapt.

But do not take the above as a call for self-medication. Not at all, quite the contrary. Do not try to defeat a bacterial infection on your own. It is necessary to consult a doctor. And if he prescribed you an antibiotic, strictly follow his recommendations, without violating either the dosage regimen or dosage. And even if all the symptoms have passed, do not interrupt the course of treatment, because the “unfinished” bacterium will become an invulnerable enemy for you.

And do not try to treat a viral infection with an antibiotic. This will not only not help, but also harm.

We must not forget about the simplest precautions and basic hygiene. This can save you from unnecessary problems. It is also worth timely vaccinations so that the need for treatment of a bacterial infection does not arise.

And then even superbacteria cannot harm you.
Ctrl Enter
Noticed oshЫbku Highlight text and press. Ctrl + Enter
We are
Invisible Enemy: “Superbacterium” began to kill humanity
Superbacterium devours Americans
Reporterin Yandex News
Read Reporterin Google News
3 comments
Information
Dear reader, to leave comments on the publication, you must to register.
I have an account? Sign in