Nearly 300 tons of explosives disappeared from the Russian defense plant 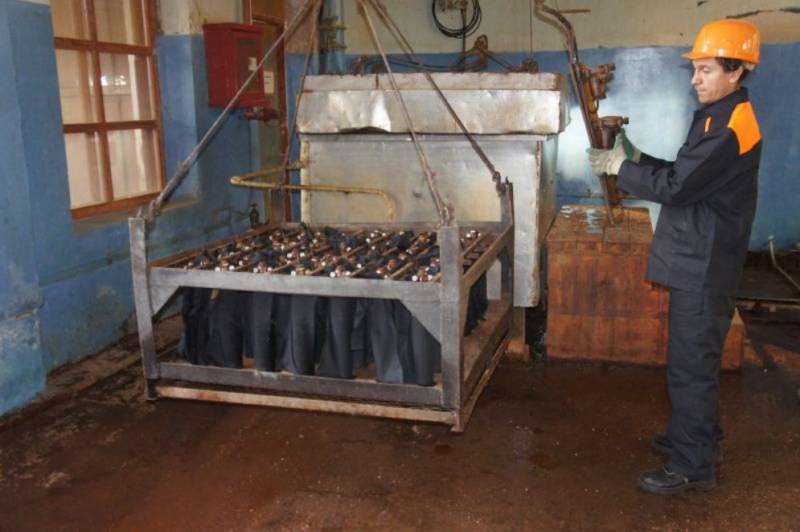 On December 17, 2019, information appeared that in Bashkiria about 300 tons of explosives disappeared from the federal state-owned enterprise (FKP) Avangard (Sterlitamak). This became known to the Russian business publication Vedomosti, which allegedly got acquainted with the resolution of the investigator of the Administration of the Ministry of Internal Affairs for Sterlitamak, who, on November 25, 2019, opened a criminal case under part 4, art. 158 of the Criminal Code of the Russian Federation (“theft on a large scale”) upon the theft of inventory at the said FKP.


It should be noted that we are talking about 276 tons of explosive waste that appeared as a result of the disposal of ammunition (bombs, MLRS and others) from November 2017 to March 2019 and were not transferred to the Russian Ministry of Defense. It is specified that the disappearance of explosives was discovered in April 2019, when the new head of this FKP, Yuri Shumsky, organized an inventory of the property.

We remind you that April and June In 2019, in the city of Dzerzhinsk, Nizhny Novgorod Region, a series of powerful explosions occurred in the State Crystal Research Institute "Crystal" (Russia's leading enterprise for the production of explosives), resulting in fires and destruction. By the way, there was also an emergency at FKP Avangard in Sterlitamak. In September 2014, an explosion occurred there, as a result of which there were human casualties.
Ctrl Enter
Noticed oshЫbku Highlight text and press. Ctrl + Enter
We are
Demonstration of "Vanguard" to the Americans: Russia is preparing to include the complex in START-3
First published the original Molotov-Ribbentrop Pact
Reporterin Yandex News
Read Reporterin Google News
Ad
We are open to cooperation with authors in the news and analytical departments. A prerequisite is the ability to quickly analyze the text and check the facts, to write concisely and interestingly on political and economic topics. We offer flexible working hours and regular payments. Please send your responses with examples of work to [email protected]
11 comments
Information
Dear reader, to leave comments on the publication, you must sign in.