Russian futuristic tram Russia One can go into a series 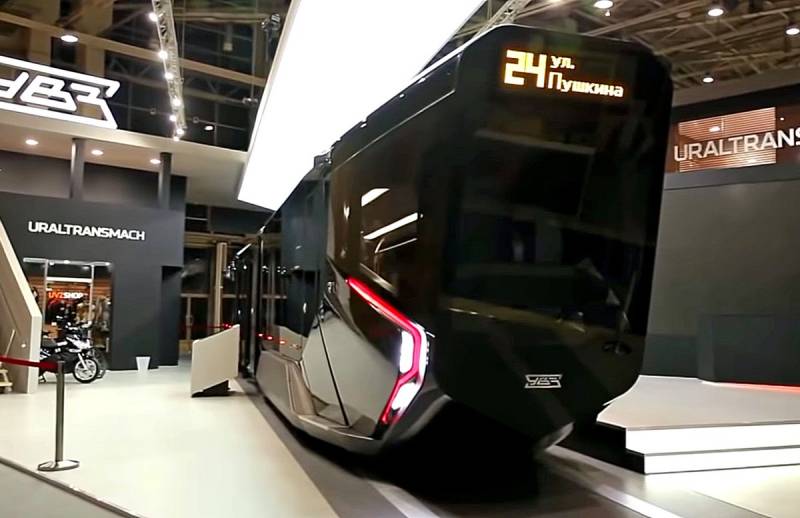 The futuristic concept of the Russia One (R1) tram, which for a number of reasons was not destined to go into the series, can be continued. About this agency RIA News told the director of the development company "Uraltransmash" Dmitry Semizorov.


When asked whether another similar prototype would be created in the future, the functionary answered in the affirmative. At the moment, the company is developing the serial production of new models of trams. And, as soon as the production process reaches a good pace, it will be possible to start developing the next high-tech concept, Semizorov emphasized.

It is worth noting that Russia One, which received the nickname “iPhone on Wheels,” was originally created as a conceptual model demonstrating the possibilities of using new of technologies in modern public transport. The form factor R1 and the technological solutions embedded in it did not allow the release of a futuristic composition on the streets. However, some solutions implemented in it, for example, such as the design and drive of doors and windows, are already used in modern tram models.

Recall that the prototype Russia One was developed by Uraltransmash (part of Rostec) in conjunction with Atom Design Bureau. The concept of the low-floor tram received a composite body and wagons equipped with: antibacterial handrails, air conditioning, HD surveillance cameras, Wi-Fi, as well as GPS and GLONASS navigation systems.
Ctrl Enter
Noticed oshЫbku Highlight text and press. Ctrl + Enter
We are
New high-tech tram from "Uraltransmash" accommodates 320 people
Reporterin Yandex News
Read Reporterin Google News
Ad
The publication is looking for authors in the news and analytical departments. Requirements for applicants: literacy, responsibility, efficiency, inexhaustible creative energy, experience in copywriting or journalism, the ability to quickly analyze text and check facts, write concisely and interestingly on political and economic topics. The work is paid. Contact: [email protected]
7 comments
Information
Dear reader, to leave comments on the publication, you must to register.
I have an account? Sign in