Russian S-400 will save Turkey from American aircraft without firing 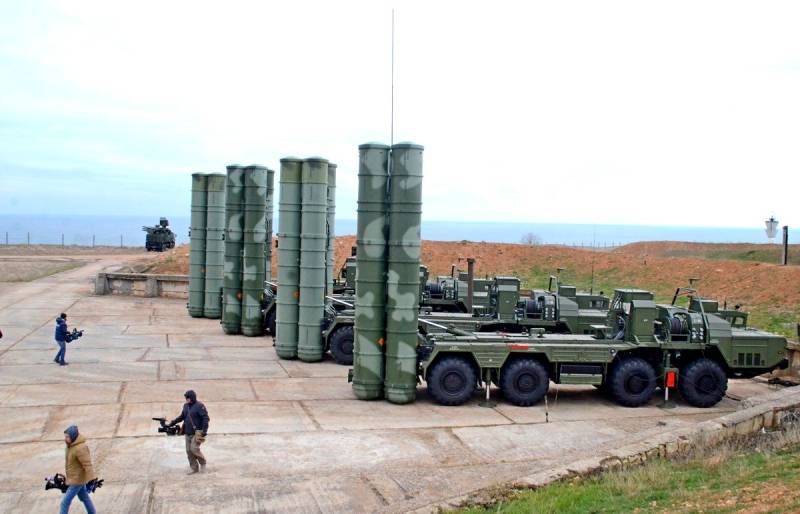 Relations between the US and Turkey continue to deteriorate. Ankara came close to “asking for the exit” of the US military from its territory. What can end the discord between the two strongest members of NATO?


The formal reason for the quarrel between the allies was the decision of President Erdogan to acquire Russian S-400 systems instead of American air defense systems. Washington considered this a “stab in the back," because domestic air defense systems deployed in Turkey pose an existential threat to the ambitious F-35 fighter program. The US Congress decided to impose sanctions on Ankara for its self-will. In response, Turkish authorities said that the "negative" on the part of the Americans would entail a counter "negative":

Turkey will give an answer to any US sanctions. We will sit down and decide. If necessary, we will close Incirlik and Kureggik.

The threat is very serious. The Incirlik base was created to counter the USSR. Initially, U-2 reconnaissance aircraft were based on it, after which bombers and the American Marines appeared. The role of the air base increased to the maximum when the Pentagon transferred its nuclear weapons to it during the Cold War.

It was believed that after the collapse of the USSR, the United States removed its nuclear arsenal and bombers from Incirlik. After the invasion of Iraq and Afghanistan, the Pentagon began to use the base mainly for the transport of military cargo. However, President Trump himself unwittingly exposed the lie of the United States that nuclear weapons were allegedly withdrawn, saying the following:

The key issue is whether the US can maintain access to these weapons and guarantee their safety.

The object of Kureggik, mentioned by President Erdogan, is of no less importance for the Pentagon. There is an early missile warning radar directed simultaneously against Russia and Iran. Moving it to Southeast Europe will cost a lot of money and reduce its effectiveness for NATO, especially after the INF Treaty’s rupture.

The threats of Ankara are completely real. Literally today, the Incirlik Air Base hastily left five US Air Force heavy transport aircraft. It is possible that the Pentagon decided to “lay straws” and began to hastily take out its arsenal. Precedents for restricting access to military infrastructure located on Turkish territory already exist. So, in 1975, Ankara closed all American bases, leaving only two joint with NATO. But even those worked in a limited mode.

Is the S-400 really worth it to quarrel among the old allies?

Of course, the S-400 is a useful thing, but in this case it is rather an occasion. Turkey, the heiress of the Ottoman Empire, is experiencing a period of intensification of revanchist sentiments. Ankara demands respect for itself, as President Erdogan directly speaks of:

Ankara deserves a worthy attitude. An adequate response will be given to any other approach.

The threat of recognizing the genocide of the Indians by the United States suggests that the Turks consider themselves equal to the Americans. Apparently, until this simple thought fits into the head of the overseas allies with their "exclusivity", the crisis between Turkey and the United States will only worsen.
Ctrl Enter
Noticed oshЫbku Highlight text and press. Ctrl + Enter
We are
Turkey’s purchase of S-400 will mark the beginning of the end of NATO
Ten "defeats" of Putin
Reporterin Yandex News
Read Reporterin Google News
Ad
The publication is looking for authors in the news and analytical departments. Requirements for applicants: literacy, responsibility, efficiency, inexhaustible creative energy, experience in copywriting or journalism, the ability to quickly analyze text and check facts, write concisely and interestingly on political and economic topics. The work is paid. Contact: [email protected]
1 comment
Information
Dear reader, to leave comments on the publication, you must to register.
I have an account? Sign in